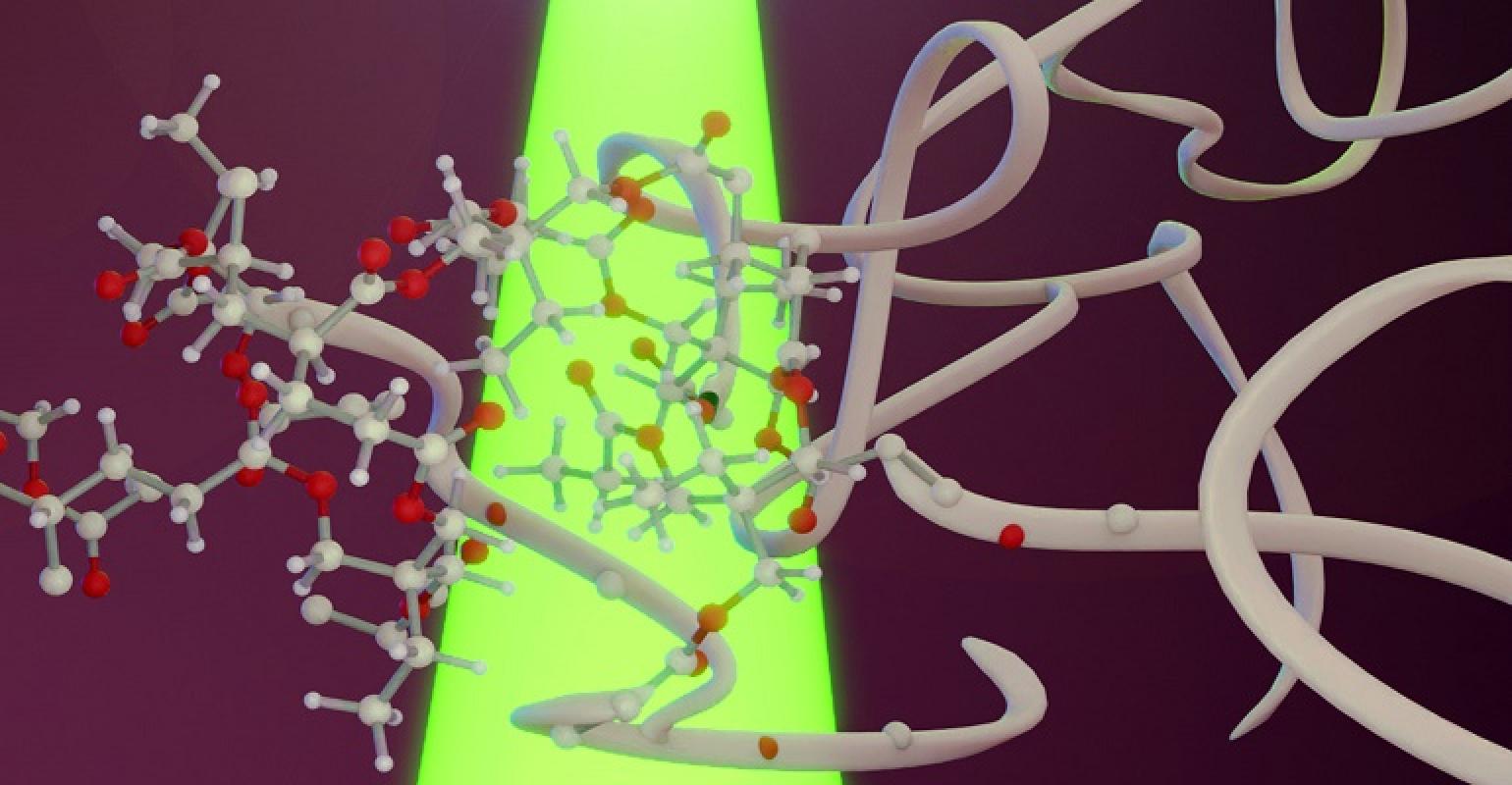 Manufacturing relies on plastic materials, and billions of pounds of plastic are produced annually—in processes that often have ill effects on the environment.

The team’s invention is a twist on a process called free radical polymerization—another way to create plastic materials. In that method, a monomer solution is exposed to ultraviolet (UV) light to form a polymer, which also is less wasteful and environmentally harmful than traditional ways to create this reaction.

However, the use of UV light also has its drawbacks—it can degrade plastics and can only be used for producing certain materials. This is why the team—led by Felix Castellano, distinguished chair of chemistry at NC State—set out to find a new way to use light to turn monomers into polymers.

Previous work by Castellano and his team had shed new light on the behavior of low-energy molecules, showing an ability to combine them to achieve more excited states.

They then exposed the solutions to yellow light, which created energy that spurred the formation of homomolecular triplets in ZnTPP. When those triplets combine, they create an extremely short-lived S2 excited state that has enough energy to power the polymerization process photoactively, Castellano said.

“While triplets are really long-lived in chemical terms—they live for milliseconds--the S2 excited state only lives for picoseconds, which is nine orders of magnitude less,” he explained in a press statement.

This differentiation in longevity is key to the work, he said, because researchers must demonstrate that they can use this potent, yet short-lived state to facilitate transformation, Castellano said. “The neat liquid ensures that electrons are transferred efficiently,” he said.

Researchers published a paper on their work in the journal Chem.

To verify their results, the team conducted spectroscopic analysis of the solution, which established the existence of the S2 excited state in the presence of yellow and green light, Castellano said.

“We used ZnTPP because it allows you to see light emission from two different excited states and we could differentiate between lower energy S1 and higher energy S2 states,” he said in a press statement.

Polymer formation resulted directly from this reaction, which the team could see for themselves spectroscopically, Castellano added.