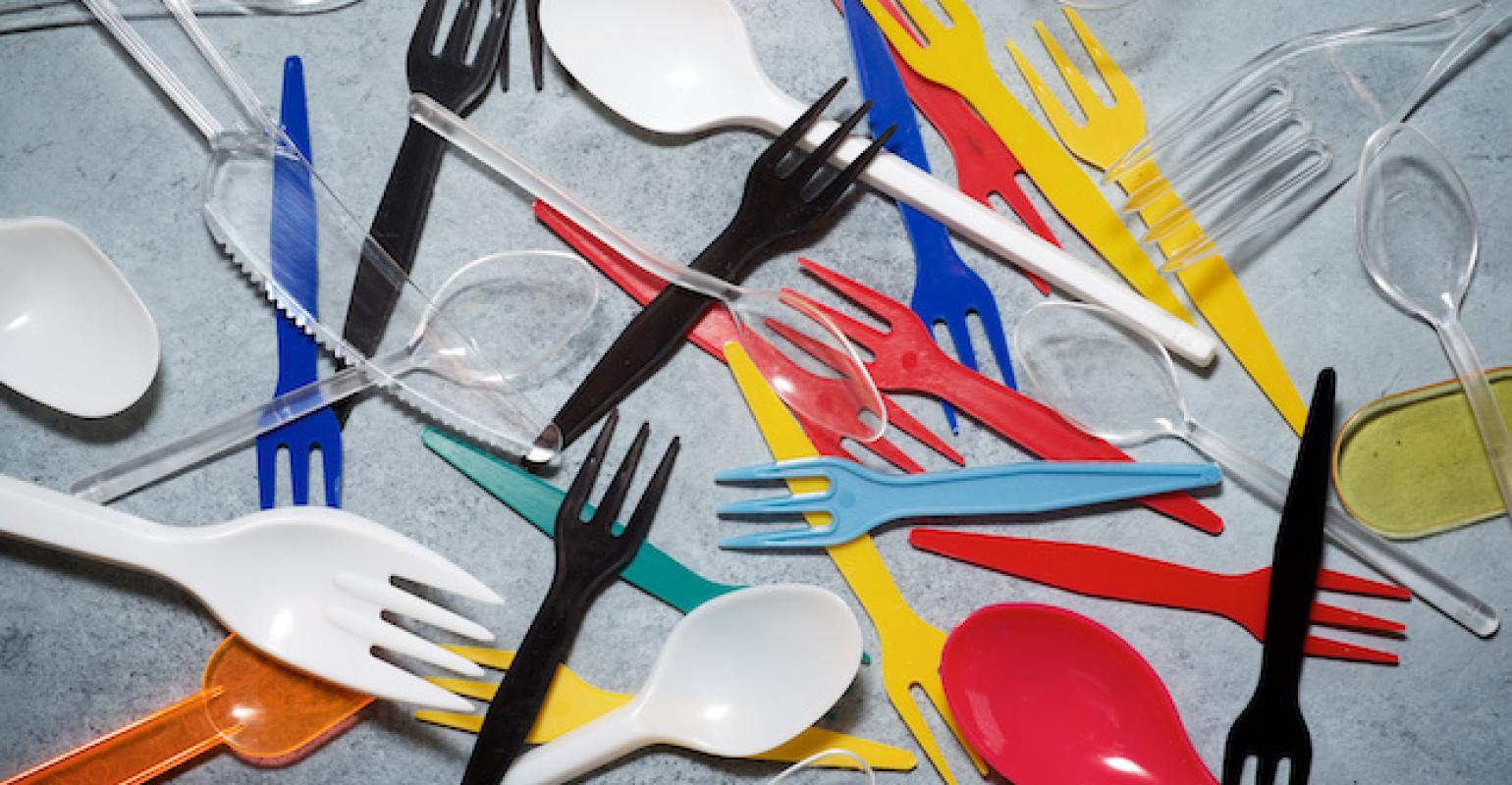 The pandemic has altered perceptions of plastic single-use products, which are considered more hygienic than reusable items, according to a study. Analysts forecast a short-term boost for the global single-use food service product market, which totaled $58 billion in 2019.

Many states as well as countries around the world have taken great pains to eliminate plastic drinking straws and stirrers from the waste stream, including through regulations and outright bans. Plastic retail bags haven’t fared so well, either, with bag bans proliferating globally. Plastic was expected to “lose its share of the global foodservice single-use product market to paper and other more eco-friendly materials through 2024,” according to a study update from the Freedonia Group, “Foodservice Single-Use Straws, Bags Boosted by COVID-Related Suspension of Bans.” That changed somewhat earlier this year as COVID-19 caused even the most strictly regulated markets, including California and the United Kingdom, to suspend regulations on single-use plastics, said the Freedonia report. “This will provide a short-term boost for the global single-use foodservice product market, which totaled $58 billion in 2019.”

Despite the ongoing shift away from plastic, “the pandemic has altered perceptions of plastic single-use products, which are considered more hygienic than reusable items,” notes the report. “Even as restaurants reopen, many are opting to use single-use cups, cutlery, and plates instead of reusable service ware for dine-in guests.”

But while there was so much effort put into these bans on plastic drinking straws and drink stirrers, just how big a problem were they in the environment? In a study done by IDTechEx released on June 18 (“Biodegradable vs. Recyclable Plastics: Which is Better for the Environment?”), of the top 10 single-use plastics found on European beaches by number of items, plastic straws and stirrers ranked 10th, at 0.57% of all plastic items found.

I thought that drink bottles, including caps and lids, would have been the lion’s share, but actually they represented only 8.78%. Cotton bud sticks, which are widely banned in Europe, came in fourth at 13.70% — I guess a lot of people are cleaning ocean water out of their ears at the beach!

Number three on the list of plastic items found on beaches was food containers, including fast food packaging, representing 14.14%. Bottles, including caps and lids, were number two (19.31%).

And the number one plastic item is — drum roll, please — cigarette butts! Again I question the fact that they would be considered plastic but I suppose the filters are made from plastic fibers. Those tossed cigarette butts represented 22.05% of plastic items found on the beaches in Europe.

Cigarette butts also represented the number one item in a report by the Ocean Conservancy in its 2018 International Coastal Cleanup, with 2,412,151 butts picked up from beaches globally. Straws and stirrers came in at number seven (643,562). The United States Coastal Cleanup also found that cigarette butts were the most prolific items on the beaches of this country, at 842,937. Straws and stirrers along the U.S. shores ranked number six, with 144,464 being found.

My point here is that while plastic drinking straws and stirrers have caused such a stir, if you'll pardon the expression, those items are actually pretty far down on the list of plastic litter found on beaches. Even plastic cutlery doesn’t seem to be as big a problem as some people think.

According to the Freedonia Group’s updated report, foodservice ware, including cutlery and drinking straws, aren’t going away any time soon, and not just because of the pandemic. “Global demand for foodservice disposables will be bolstered by surging delivery and takeaway orders, which entail intensive use of a range of single-use items,” said the study. “This trend is highly likely to continue beyond the pandemic, as online food delivery was already a fast-growing trend and many consumers will continue to practice social distancing even after lockdown orders are lifted.”

My advice is to forget about bans of trivial items such as straws and stirrers. It’s interesting that many states and countries picked these low-level items to ban while the litterbugs of the world continue to deface our beautiful beaches with their cigarette butts.