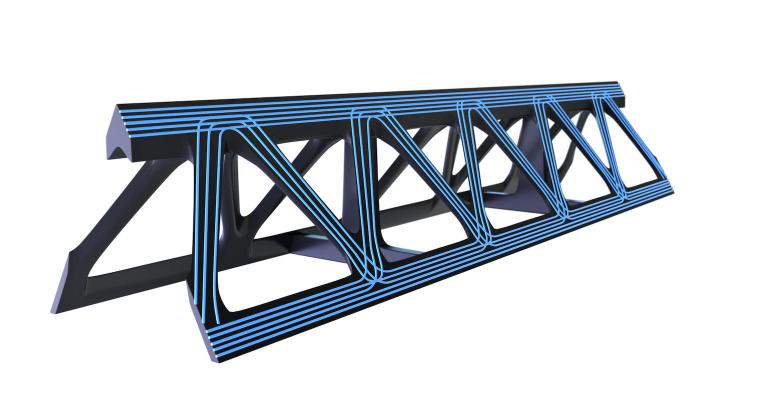 The fibers from the main beams run through the legs connecting them and into other beams for maximum strength of this additive molded truss.
This new carbon fiber process could remake industries with materials that are strong, light and affordable.

No less an authority than ex-General Electric chairman and CEO Jeff Immelt says he believes that Arris Composites’ high-speed, low-cost carbon fiber could push metals out of cars.

The Berkeley, Calif. start-up (in which Immelt is an investor) has developed a process it terms “additive molding,” which combines the speed of injection-molded plastic with the strength of carbon fiber by employing 3D printing technology. This might sound like a materials version of buzzword bingo, but Arris’s process is attracting a lot of attention from a variety of industries.

In addition to the usual carbon fiber clients in aerospace, Arris is also talking to cost-sensitive consumer electronics and automotive companies as prospective customers, said founder and CEO Ethan Escowitz. The process is friendly to the incorporation of other materials too, so if a metal backing is needed or if the part could incorporate wiring, that can all be built-in too.

This lets the additive molded parts from Arris consolidate even more components than castings or 3D-printed parts do, providing another benefit from the process. 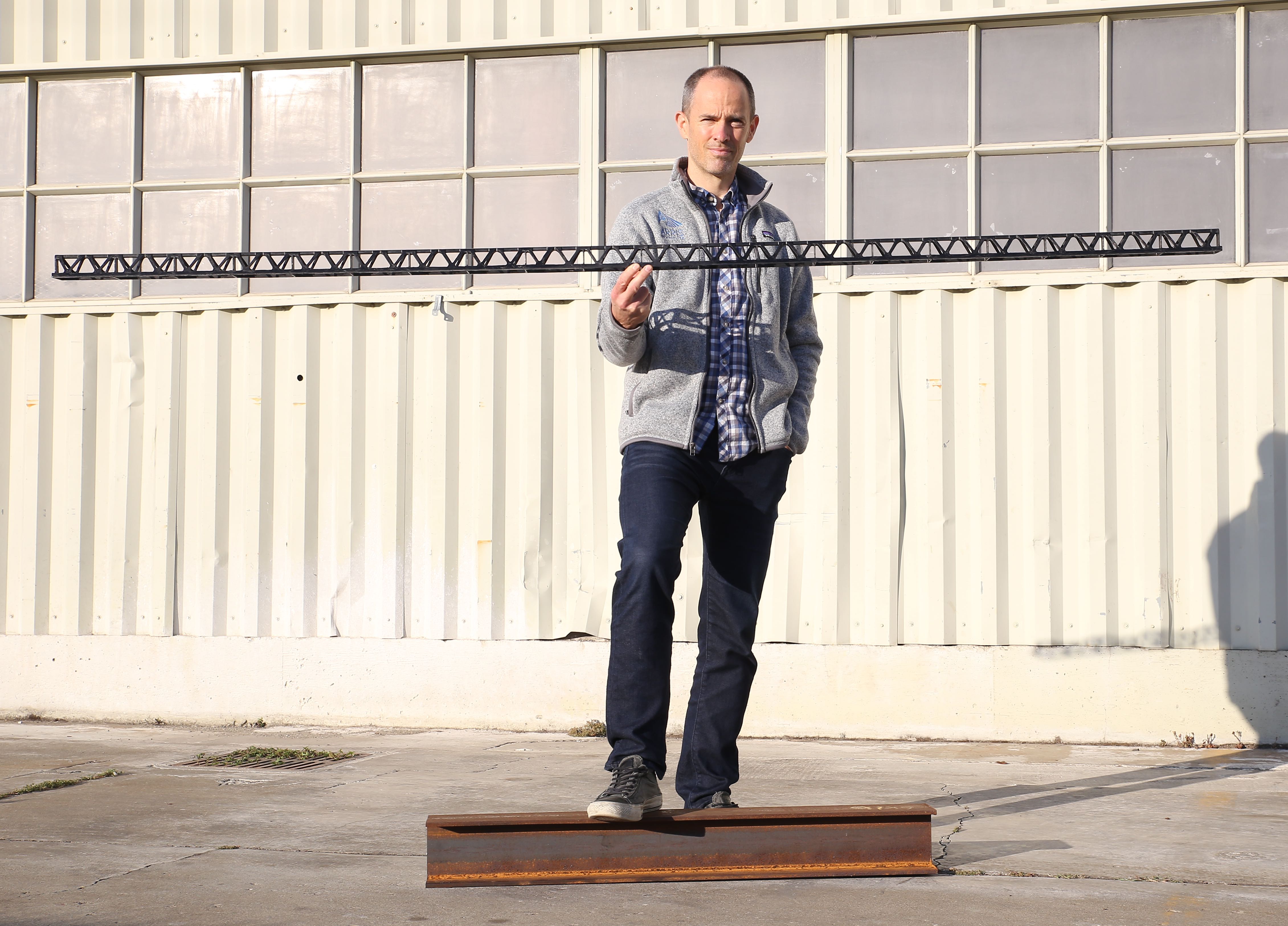 This is better because Arris can print continuous carbon strands that wrap throughout the part, following the lines of the part’s stress vectors, explains Escowitz. “The best way to solve the problem is where you’re running the fibers through the shape of the part,” he said, likening the process to the grain of a tree.

The fibers in conventional woven carbon fiber cloth lie at 90-degree angles, and they are cut to fit the shape, leaving them less able to contribute strength. “When you are cutting out shapes, you are cutting fibers,” Escowitz notes. “That’s where we have the ability to do things differently.”

With the part's structure printed in what Escowitz terms a “near-net shape” the part’s fiber run throughout, without the cut off orphan strands left in a part created by layering cut out patterns from fabric. “We can make them more complex because we have greater resolution and shape control.”

Arris’s near-net printed carbon part goes into the mold to be injected with resin at high temperature and pressure, where Escowitz says the consolidation results in total homogeneity in the polymer chain for maximum strength and with no flaws such as internal voids that can occur between the layers in a lay up of carbon fiber cloth. “When we go through this final step, we get near-ideal consolidation,” he says. 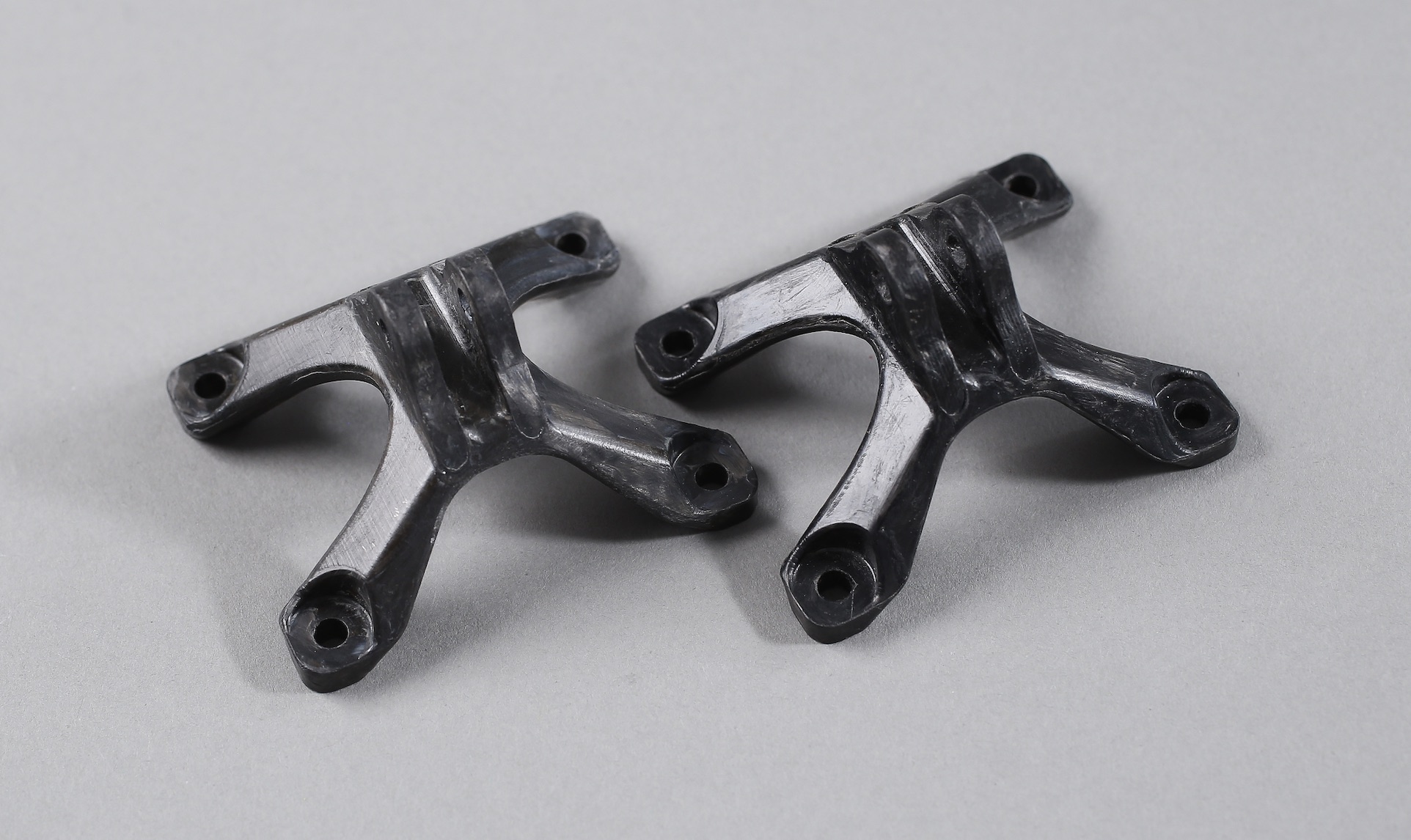 Escowitz demonstrates this characteristic with a simple bracket. Dropped onto a desktop, it rings like a metal part, illustrating its flawless structure that propagates rather than dampens the vibration of impact.

The mold for the injection is similar to that used for today’s commonplace injection-molded plastic, “so the surface finish is really great,” Escowitz says. “We can transfer the use of these really attractive designs and great tool finishes developed around the highest volume complex part manufacturing process in the world.”

Alternatively, where it is used to create a complex drone chassis, additive molding not only increases strength and saves weight while incorporating multiple parts into one piece, it also provides the advantage of being able to embed circuitry. In this instance, putting the antenna into the chassis molding boosts reception.

Consumer electronics are a market that has been largely out of reach for carbon fiber until now because of cost, but Arris is targeting that segment, looking at being able to provide parts like smartphone housings. Again, the part is thinner and lighter, and the ability to package some wiring directly into the housing shaves off still more thickness from the resulting phone, Escowitz points out. 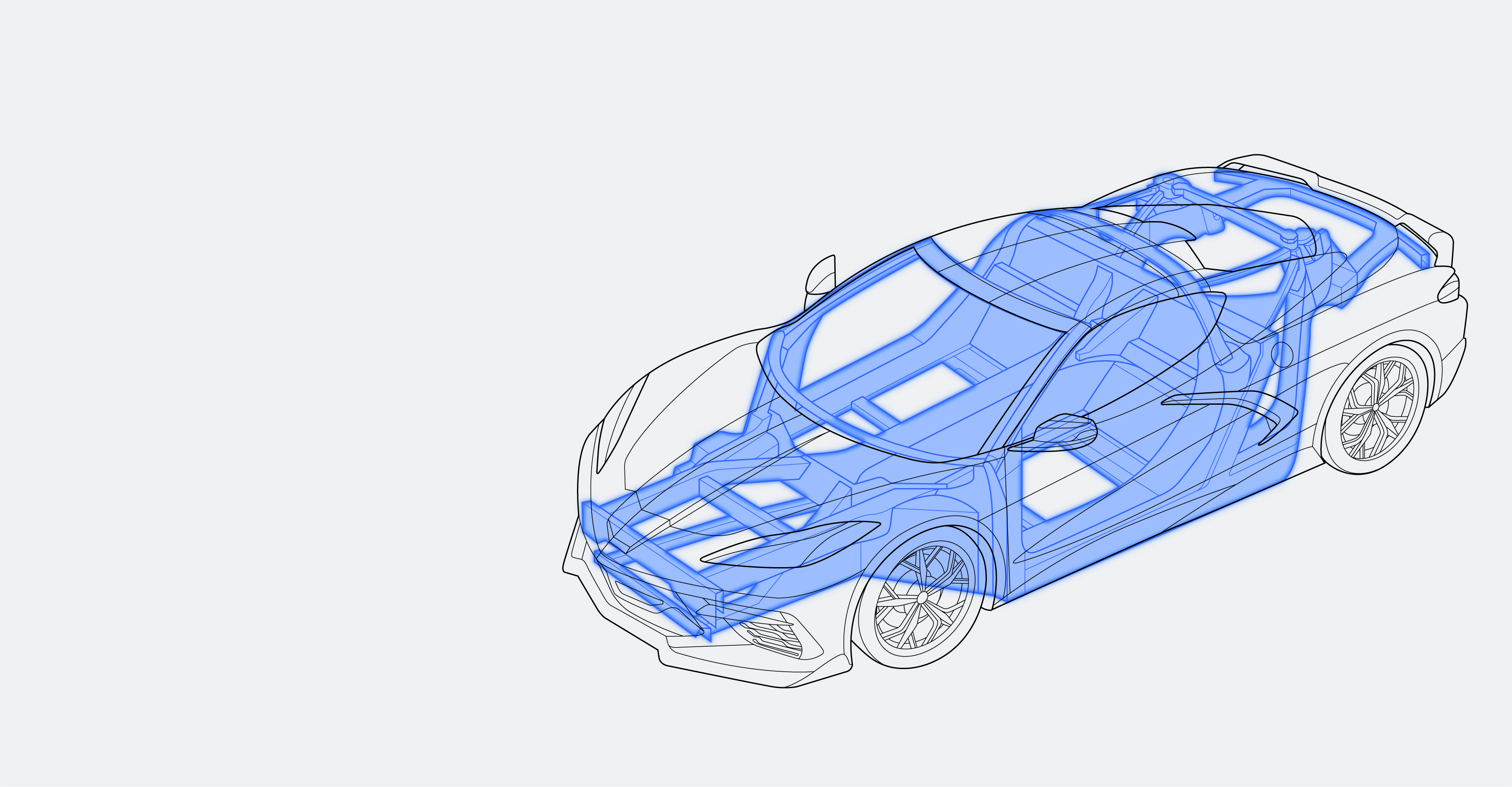 The blue area shows how the chassis of this car that could be made with the additive molding process.

In this example, the part is whittled to its bare minimum, because consumer electronics companies value lightness and thinness over strength, so the final product’s rigidity is comparable to the plastic or aluminum part it would replace.

Finally, there is a market for auto parts. “We can’t replace a single piece of stamped sheet metal,” Escowitz concedes. “But 30 pieces of sheet metal, welded together, and assembled on a line? That’s where it gets interesting.”

The auto industry’s move toward EVs and high-tech vehicles also plays to Arris’s strengths. “Automotive architecture is going in a great direction for us,” he said. “We’re counting on consumer electronics to pay the way for us to break into automotive.”

Immelt says that during his days with GE Plastics, the company was able to replace a lot of unstressed steel parts on cars such as bumpers and air filter housings with plastic parts in the 1980s. He envisions that additive molding could successfully replace many of the remaining parts in the same way. “What we did in automotive to replace non-structural metal with low cost/lightweight injection-molded composites in the 1980s, Arris has now enabled for the rest of the vehicle,” Immelt asserts. 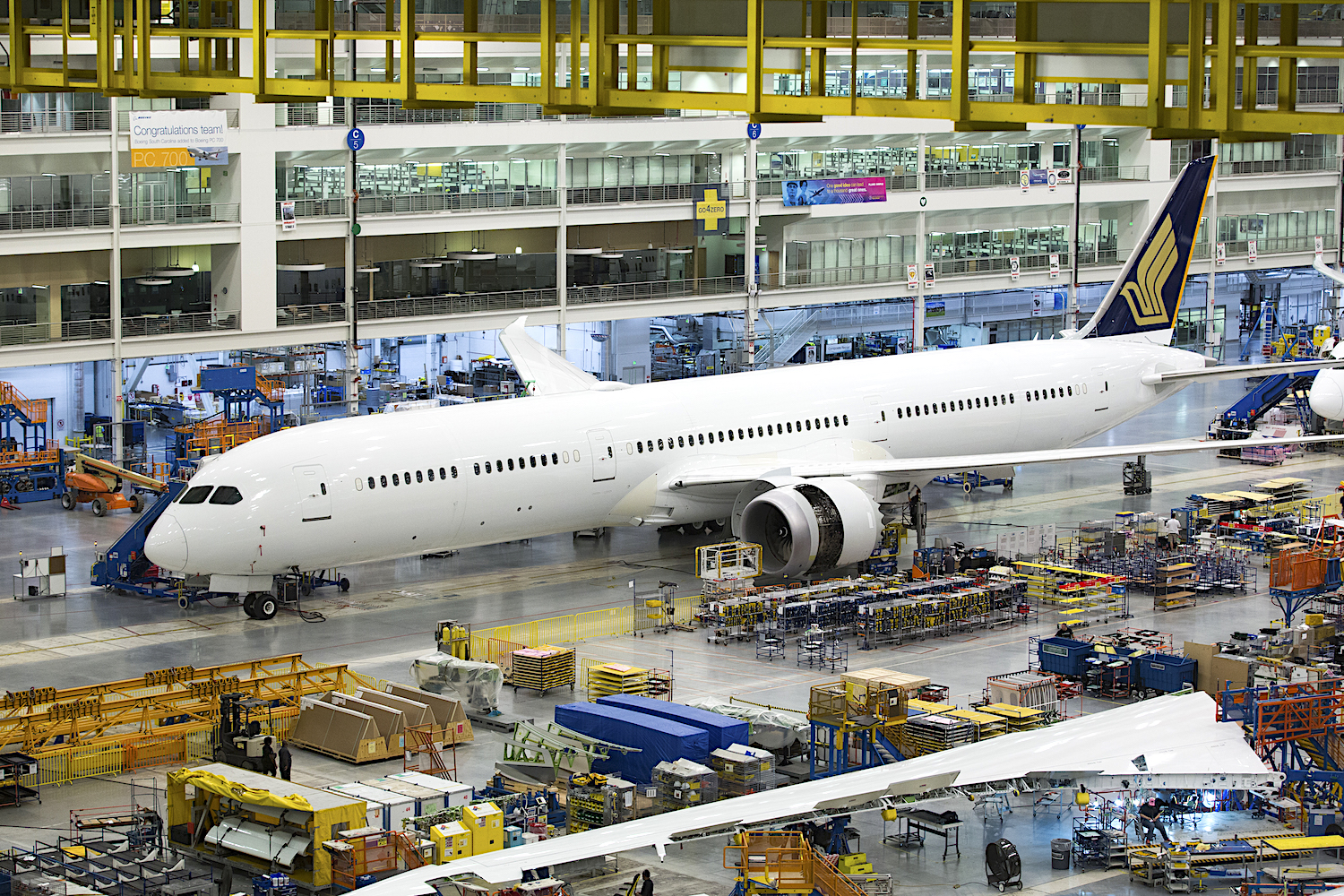 Escowitz points to the airliner industry as an example. “In 1970 there were zero composites in airliners,” he notes. “Today, the Boeing Dreamliner is 80 percent composite.”

When will this shift begin? That is up to the automotive industry. “We have worked extensively in aerospace and the structures are directly applicable in automotive. They look to aerospace. All the development work we’re doing in aero, our customers in automotive look at very closely.”

The company expects these efforts to start paying off in about a year, according to Escowitz. “We are targeting the end of 2021 to begin some of the development efforts in automotive.” Those earliest opportunities will probably fall in the area of bolt-on substitution of other parts for things like spoilers, steering wheels or door handles, he predicts. But Immelt’s expectation that the products could soon displace large structural parts looks very realistic.