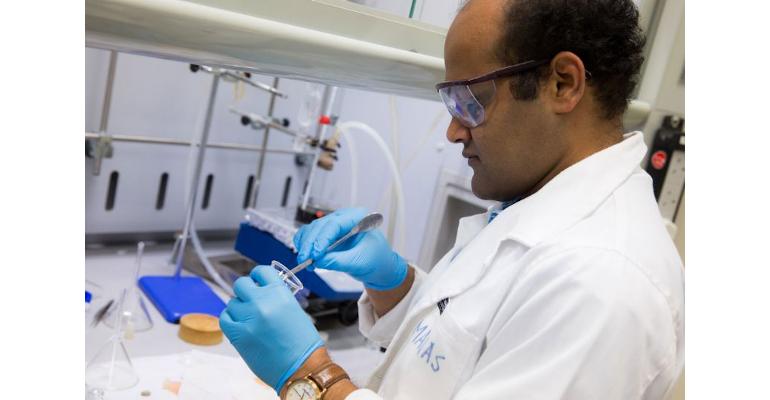 Researchers have discovered that organic crystals—once thought to be too fragile—are robust enough and have the appropriate qualities to serve as energy converters for advanced technologies such as robotics and electronics.
Organic crystals, once thought to be fragile materials, have shown the mechanical robustness and other appropriate characteristics for use in advanced electronics applications.

Researchers have discovered a new class of smart engineering materials that can serve as energy converters for advanced technologies such as robotics and electronics, they said.

A team at the NYU Abu Dabi (NYUAD) Smart Materials Lab discovered that organic crystals, which were previously thought to be fragile, are actually mechanically robust. Researchers used this discovery as the foundation to build a material that can switch between different shapes by expansion or contraction over half of its length, without losing its perfectly ordered structure, they said.

NYUAD Professor of Chemistry Panče Naumov led the latest research in a continuation of efforts by his team to explore the untapped potential of organic crystal, including adaptive crystals, self-healing crystals, and organic crystalline materials with shape memory, he said.

The latest research proves the use of these materials for advanced electronics applications, something that previously was not known, Naumov said.

Indeed, unlike traditional materials that are silicon- or silica-based—and thus stiff, heavy, and brittle—the materials used in future electronics must be soft and organic in nature, researchers said. These future applications will require materials that are lightweight, resilient to damage, efficient in performance, and mechanically flexible and can operate sustainably—all with minimal consumption of energy.

Organic crystals now have demonstrated these qualities, Naumov said. “Our work has shown that organic crystals can not only meet the needs of the emerging technologies, but in some cases can also surpass the levels of efficiency and sustainability of other, more common materials,” he said in a press statement.

Specifically, Naumov’s team observed how organic crystalline material reacts to different temperatures and presents a process for this observation in a paper on their work published in the journal Nature Communications.

It was previously thought that dynamic crystals were only capable of very small power strokes operating through energetically cost-prohibitive processes at high temperatures, researchers reported in an abstract for their paper. In their investigation, however, researchers found that the organic crystals were able to reversibly change shape in a similar manner to plastics and rubber. In fact, the material could expand and contract more than half of its length, or 51 percent, repeatedly, over thousands of cycles without any deterioration, they said.

“Their maximum force density is higher than electric cylinders, ceramic piezoactuators, and electrostatic actuators, and their work capacity is close to that of thermal actuators,” researchers wrote in their abstract. “This work demonstrates the hitherto untapped potential of ionic organic crystals for applications such as light-weight capacitors, dielectrics, ferroelectric tunnel junctions, and thermistors.”

Applications for which crystalline materials can now be considered for use in energy conversion include soft robotics, artificial muscles, organic optics, and organic electronics, or electronics solely from organic materials, researchers said.