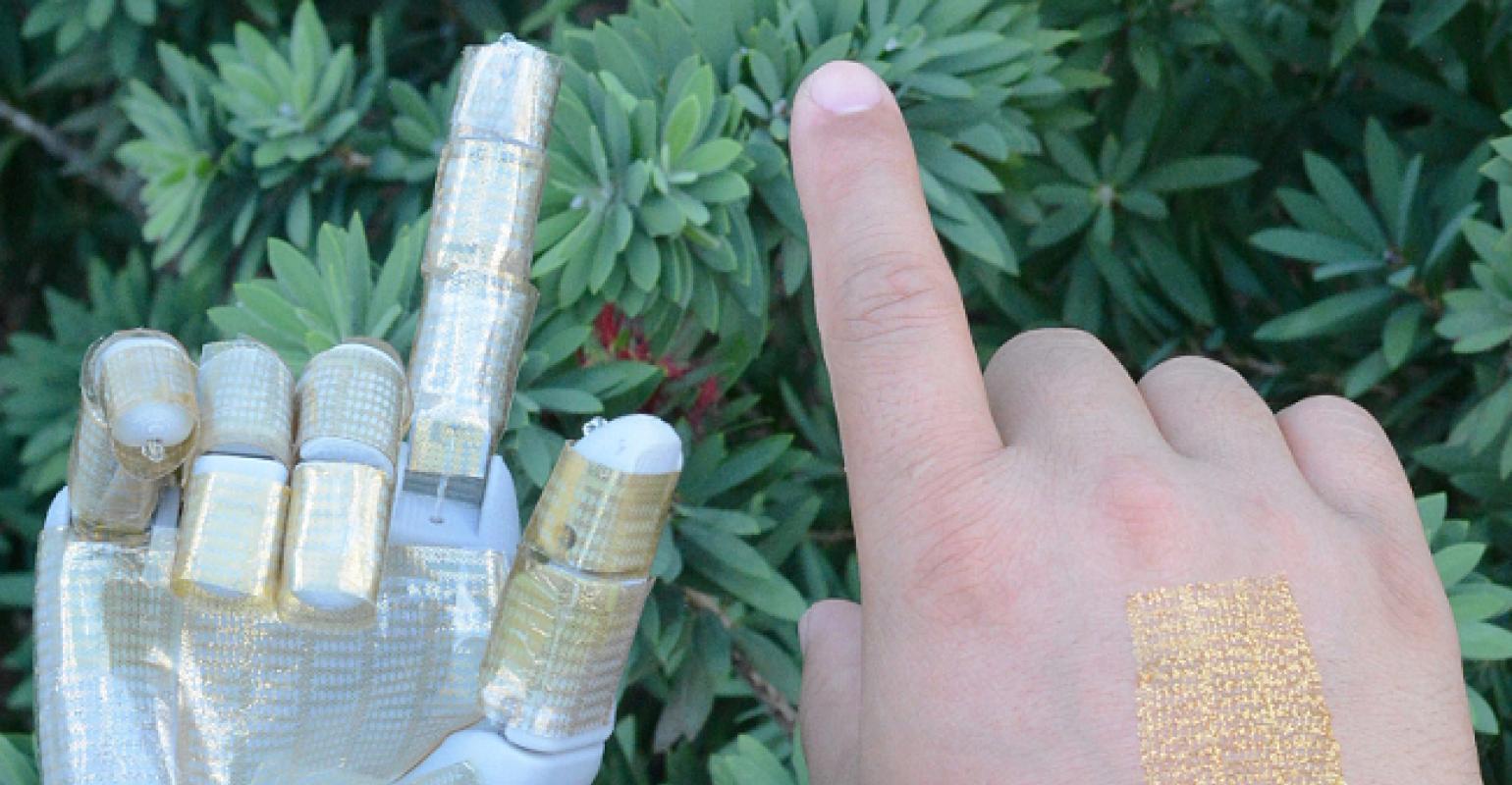 Researchers have created a small, flexible device that can be worn on human or robotic skin to monitor health or environmental conditions

Wearable devices that collect health, diagnostic, and environmental information are becoming more popular for medical, personal, and professional use. However, the comfort of these devices is still a major issue, one which researchers continue to improve.

One such way is to create smaller, flexible devices that don’t interfere with a person’s every-day movements or clothing. Researchers at the University of Houston have now designed an ultra-thin electronic device they compare to wearing a Band-Aid because of its similar form factor and unobtrusive presence, they said.

“Everything is very thin, just a few microns thick,” Cunjiang Yu, an associate professor of mechanical engineering at the university, said in a press statement. “You will not be able to feel it.”

Researchers used a combination of materials to design the device, which they reported in a paper published in Science Advances is “ultra-thin, mechanically imperceptible, and stretchable.”

They fabricated it in a one-step process using a metal oxide semiconductor—made specifically out of indium zinc oxide--on a nano-sized polymer base, researchers said. Fabrication can occur at temperatures lower than 300 degrees Celsius, researchers said.

“We report an … HMI device, which is worn on human skin to capture multiple physical data and also on a robot to offer intelligent feedback, forming a closed-loop HMI,” they wrote in the paper.

Indeed, the device has potential for myriad uses not just in wearable technology for humans, but also for robotic applications, to provide a sensor on the surface of a robot that might be able to sense environmental or health conditions, said Yu, who also is a principal investigator at the university’s Texas Center for Superconductivity,

“What if when you shook hands with a robotic hand, it was able to instantly deduce physical condition?” he said in a press statement, adding that the device could be used by either robots or humans to test the environment in situations such as chemical spills or to see if it poses a hazard.

In addition to the paper, the team also posted a video on YouTube showing how the device was designed and demonstrating it.