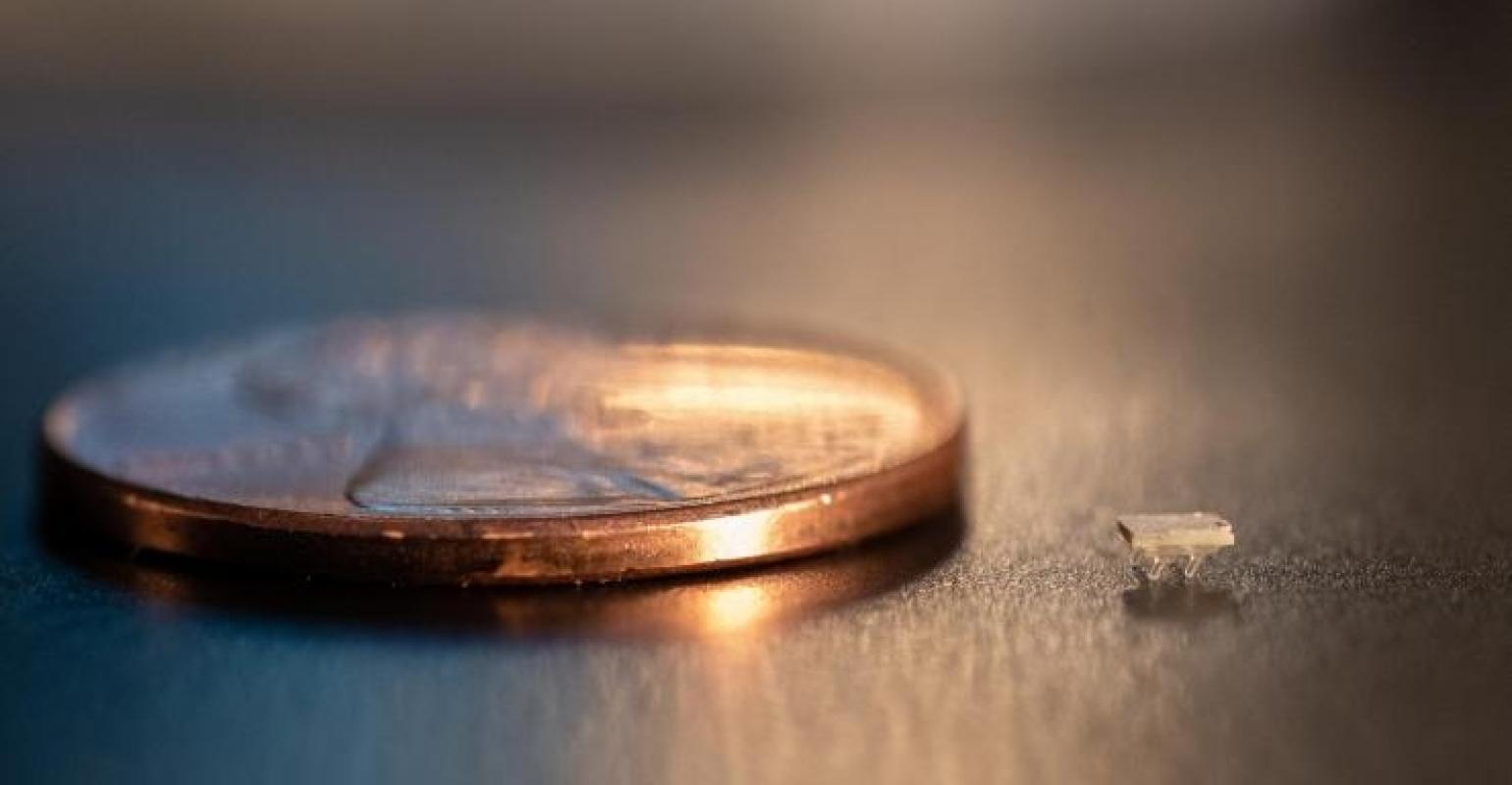 Robots the size of the world’s smallest ant and actuated by vibration could potentially be used to move objects or repair injuries inside the body.

Robotic technology is becoming increasingly more advanced, with robots that are able to move on their own and smaller and smaller form factors being developed for extremely specialized work.

As a new example of the latter, a team of researchers at the Georgia Institute of Technology has developed a tiny, 3D-printed robot that responds to vibration to create self-actuation. The robots, which researchers said could be grouped together to work similarly to ants, could potentially be used to repair injuries inside the human body, move objects, or in other applications.

Led by Azadeh Ansari, an assistant professor in Georgia Tech’s School of Electrical and Computer Engineering, researchers drew from various engineering disciplines to design the robot to move by harnessing vibration from piezoelectric actuators, ultrasound sources, or even tiny speakers.

The robots--called “micro-bristle-bots” by the team because their legs look like bristles—are comprised of a piezoelectric actuator glued onto a polymer body. Researchers used a process called two-photon polymerization lithography (TPP) to 3D-print the bodies of the robots, some of which have four legs while others have six, they said.

TPP is a technique that polymerizes a monomer resin material by striking it with an ultraviolet light to chemically develop the resin. Once this is complete, the remainder can be washed away, leaving the desired robotic structure.

“It’s writing rather than traditional lithography,” Ansari explained in a press statement. “You are left with the structure that you write with a laser on the resin material.”

The piezoelectric actuators used the material lead zirconate titanate (PZT) and  vibrate when electric voltage is applied to them. In reverse, they can also be used to generate a voltage when they are vibrated, researchers said. In this way, the micro-bristle-bots potentially could use this capability to power up onboard sensors when they are actuated by external vibrations.

Because the bots are so small—about 2 millimeters long, about the size of the world’s smallest ant--batteries won’t fit inside to power them. Instead, the robot’s externally powered actuators generate vibration from various sources--a piezoelectric shaker beneath the surface on which the robots move, an ultrasound/sonar source, or even from a tiny acoustic speaker, researchers said.

The vibrations generated by the actuators move the bot’s springy legs up and down, propelling it forward at a speed controlled by the amplitude of the vibrations, researchers said. Each robot can be designed to respond to different vibration frequencies depending on several factors--including leg size, diameter, design, and overall geometry, Ansari said.

“The legs of the micro-robot are designed with specific angles that allow them to bend and move in one direction in resonant response to the vibration,” she said.

Just as the speed of the robots is controlled by vibration, researchers also can control individual bots in this way, as they respond to different vibration frequencies depending on their configurations. Moreover, the bots can move quite speedily, covering four times their own length in a second, researchers said.

The team published a paper describing its work in the Journal of Micromechanics and Microengineering.

Researchers plan to continue to work on the robots to add capabilities as well as to improve the design process, which at this point is quite time-consuming, Anzari said. “We looking at ways to scale it up to make hundreds or thousands of micro-bots at a time,” she said in the press statement.

One capability researchers are eyeing is steering, which they believe they can achieve by joining two slightly different micro-bristle-bots together, they said. Because each of the bots would respond to different vibration frequencies, the combination could be steered by varying the frequencies and amplitudes, Anzari said.

“Once you have a fully steerable micro-robot, you can imagine doing a lot of interesting things,” she said in the press statement.