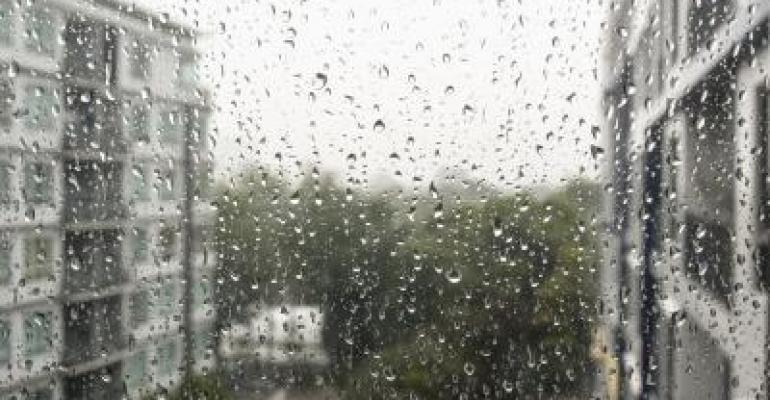 Windows are supposed to let the sun in and keep the fiercer elements of nature out. Now a team at the Georgia Institute of Technology has gone one step further, creating windows that not only protect against the elements -- specifically wind and rain -- but also use them to create energy.

A window system of smart glass -- the work of a research team led by Dr. Zhong Lin Wang, a distinguished professor and nanoscientist at the Georgia Institute of Technology -- also turns blue when it produces an electrical current using nanosized generators. Those generators are powered by static electricity produced by friction when two materials touch -- in this case, wind and rain on the glass -- a phenomenon also called triboelectrics. 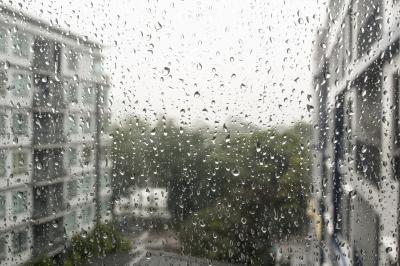 "In this work, we proposed self-powered smart windows which can harvest common environmental mechanical energies; namely, wind-impacting energy and rain-drop falling energy spontaneously," Min-Hsin Yeh, a researcher in Wang's group, told Design News. "Our transparent triboelectric nanogenerator can not only harvest energy, but also can be a part of windows. Our proposed self-powered smart window is suitable for installation in green buildings for harvesting environmental energies."

The system can be broken down into two parts -- a transparent triboelectric nanogenerator (TENG) and electrochromic device (ECD), Yeh said. The former harvest energy from rain and wind hitting the glass pane through nanomaterials coated on the glass, driving the flow of electrons, she said. This electron flow then passes through the ECD to change the window's color to a deep blue.

Wang, Yeh and the team published their work in the journal ACS Nano. They described how the self-powered smart-window system works in more technical terms in the abstract of the article.

"In this work, a self-powered smart window system was realized through integrating an electrochromic device (ECD) with a transparent TENG driven by blowing wind and raindrops," according to researchers. "Driven by the sustainable output of the TENG, the optical properties, especially the transmittance of the ECD, display reversible variations due to electrochemical redox reactions. The maximum transmittance change at 695 nm can be reached up to 32.4%, which is comparable to that operated by a conventional electrochemical potentiostat (32.6%)."

The system can generate 130 milliwatts of energy per square meter, Yeh told us, which could be enough to power a smartphone when it's not in use, or a small medical device like a pacemaker.

One thing the system does not consider yet is storage of the energy, but it could be integrated into an energy-storage device as designed, Yeh said. Future versions of the system could have built-in storage.

Researchers plan to continue their work on the glass, which also could one day be used in wearable technology, she added.