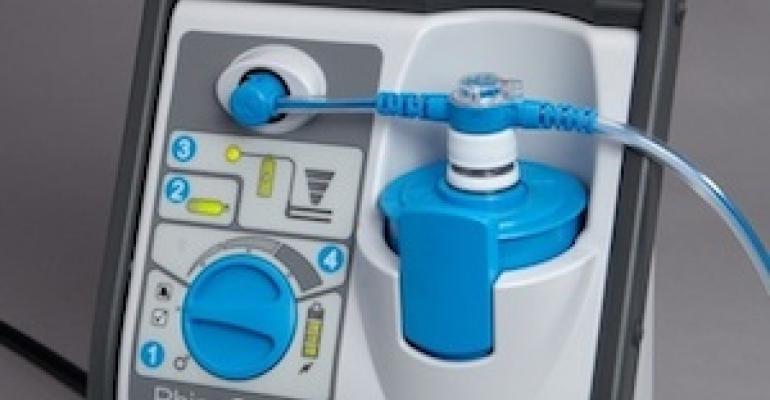 In the procedure, emergency medical technicians roll out equipment that uses a non-invasive nasal catheter to spray a rapidly evaporating coolant liquid into a patient's nasal cavity located directly under the brain, inducing therapeutic hypothermia.

A new European clinical study has shown that this procedure enables head temperature to reach target several hours earlier than in patients cooled in the hospital. "In this study, early cooling of the brain combined with early CPR favorably affected outcomes, irrespective of rhythm", comments lead investigator Dr. Maaret Castren of the Department of Clinical Science and Education, Karolinska Institute, Stockholm, Sweden.

Recently-updated guidelines on resuscitation jointly published by the American Heart Association and the European Resuscitation Council recommend routine use of therapeutic hypothermia, and advise that starting cooling during cardiac arrest may be most beneficial. Cardiac arrest shuts off blood flow to the brain, and death can occur quickly. Cooling the brain reduces the requirement for oxygen and slows the damage processes.

The technology has been developed by a California company called BeneChill and its lead product is called the RhinoChill IntraNasal Cooling System. It was one of the more interesting products at last month's MD&M Show in Anaheim, CA. On display at the Bayer MaterialScience booth, the RhinoChill system achieves increased portability and toughness with Bayblend FR3010 polycarbonate/acrylonitrile butadiene styrene (PC/ABS) plastic in many device components, including the control panel cover, control knob, battery compartment and cover and bottle holder.

"We chose this material for its impact strength, flame resistance, chemical resistance and because it offers a lightweight alternative to metal," says Del Doty, engineering manager, BeneChill. "The material can also be pre-colored, which eliminates the need for secondary painting operations, reducing production costs."

The RhinoChill IntraNasal Cooling System is being introduced first in select European markets and will not be introduced in the USA until several regulatory hurdles are cleared.
0 comments
Hide comments
Related
You Might Like