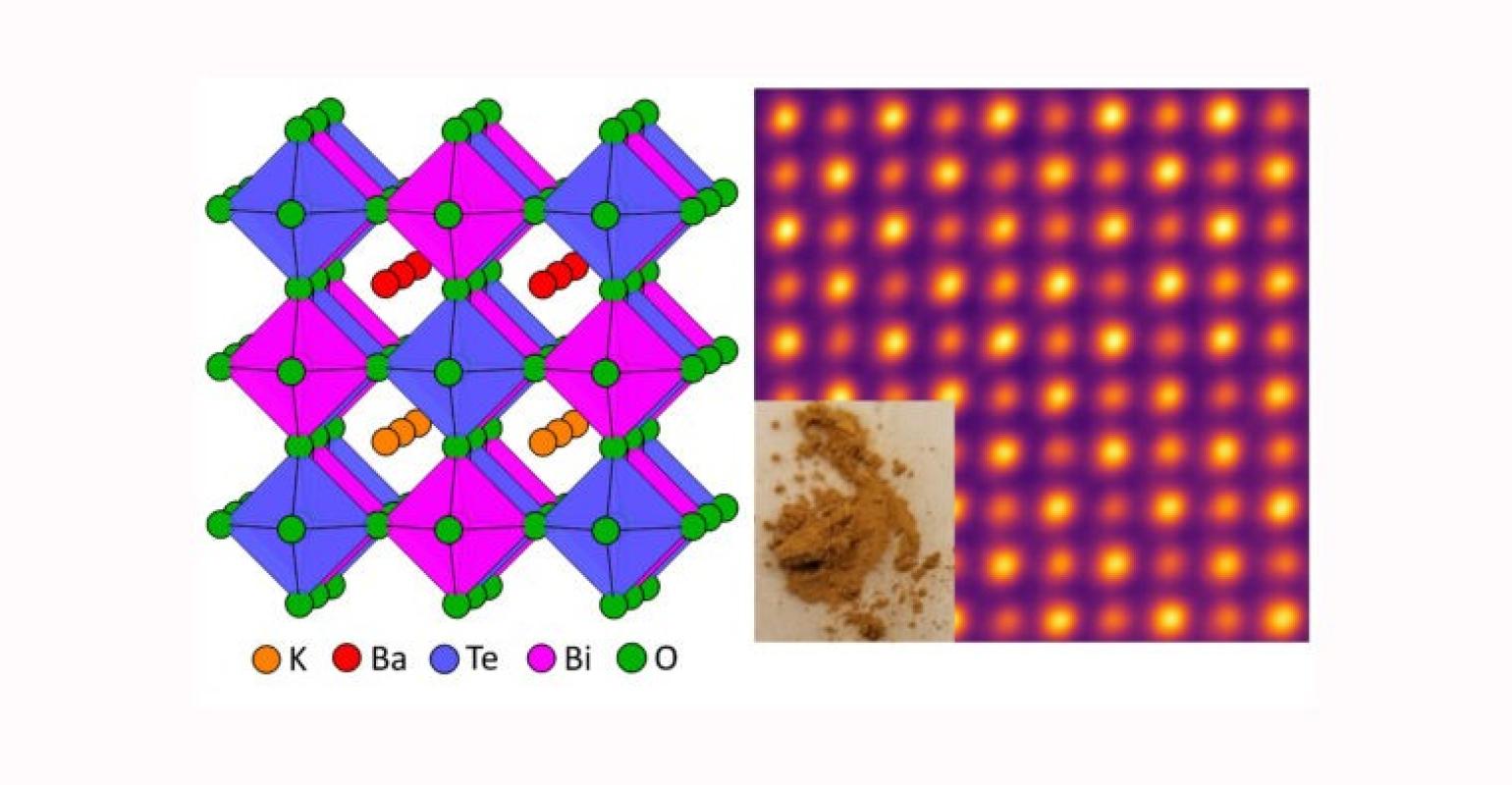 Solar panels have been a great benefit to the world’s interest in deriving electricity from alternative energy sources. However, one drawback to the technology is that the panels and cells themselves are created from toxic and non-environmentally friendly materials.

Engineers at Washington University in St. Louis—working with the Department of Energy (DoE)--aim to help solve this problem with a discovery that paves the way for nontoxic perovskite solar cells.

The team—led by Rohan Mishra, assistant professor of mechanical engineering and materials science in the McKelvey School of Engineering--has discovered a new semiconductor comprised of potassium, barium, tellurium, bismuth, and oxygen that could replace lead-based semiconductors used in perovskite solar cells.

Perovskites are compound materials with a crystal structure that long have been viewed as a leading next-generation material in a type of solar cells called thin-film. The material has a number of advantages over silicon, including higher efficiency and less cost in cell production. However, the materials are not yet typically as stable as silicon, which has led researchers to explore new options in both materials and design.

“We knew that the existing perovskites are not stable,” Professor Pratim Biswas, assistant vice chancellor and chair of the university’s Department of Energy, Environmental & Chemical Engineering, acknowledged to Design News. “While our fabrication methodologies were improving the stability, we felt choice of other materials would be better. Also, avoiding toxic metals … are a big boon, as we did not want to solve one energy problem and add another environmental problem.”

Needle in a Haystack?

The lead-free double perovskite oxide semiconductor discovered by researchers was one of an initial 30,000 potential bismuth-based oxides that exist; of those, only about 25 were known compounds, researchers said.

To pinpoint a viable semiconductor from these compounds, researchers used materials informatics and quantum mechanical calculations on one of the fastest supercomputers in the world at the DoE’s Oak Ridge National Laboratory.

The semiconductor the team identified from their calculations appeared to be the most stable and also could be synthesized in a lab, researchers said. Moreover, key to its viability for use in a perovskite cell is that while most oxides tend to have a large band gap, this compound had a lower band gap similar to halide perovskite materials.

The band gap is the energy barrier that electrons must overcome to form free carriers that, in terms of a solar cell, can be extracted to provide power to an electrical device or battery to be stored for later use. The sunlight provides the energy to overcome this barrier; a lower band gap means ultimately more energy efficiency, researchers said.

Once researchers identified the viable semiconductor, they proceeded to synthesize the material to see if it had the properties expected, which it did, Biswas said. The next step was to fabricate a solar cell using the newly discovered semiconductor.

“We use theory and computation to screen a range of materials, and then use our innovative aerosol synthesis methods to fabricate the solar cells,” he told Design News. “We have been successful in doing this, and are excited about our developments.”

Researchers published a paper on their work in the journal Chemistry of Materials.

The team’s work shows promise for developing energy-efficient perovskite cells without lead materials, which can extend to other applications that also use semiconductors, Biswas said.

Researchers plan to continue their work to find other stable, non-toxic materials that can be used to fabricate solar-energy-generating devices with their aerosol methods, Biswas added.