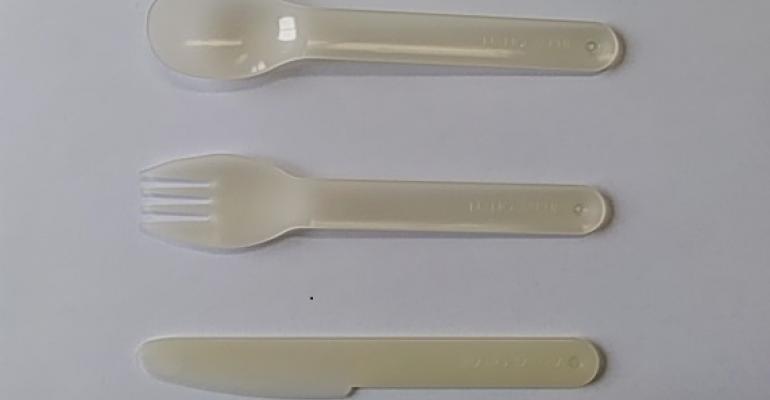 One of the hurdles that comes with the development of new bioplastics has been the lack of mechanical strength compared to traditional plastic.

With the news that microplastic particles are being found in some of the most environmentally pristine parts of the Earth, and stories of dead marine mammals full of plastic, the public is becoming aware of the extent to which plastic pollution is a problem on both land and at sea. In the ocean, it’s estimated that there are 150 million tons of plastic garbage, and this could be leading to human health consequences. Microplastics have been identified in the bodies of 114 aquatic species, and more than half of those species are eaten by humans.

Despite our awareness of plastic pollution, both production and consumption of traditional plastics continue. To address the problem, policy makers believe we need to use less plastic. In the cases where plastic is unavoidable, however, there is bioplastic. Bioplastics, biodegradable plastic derived from biological substances rather than petroleum, are looked upon as one part of the answer to plastic pollution. These are substances that, with time, water, air and microorganisms, will decompose back into organic materials.

The Limitations of Bioplastics

While bioplastics today are becoming a more common sight, they’re suitable for only a limited number of applications compared to traditional plastic. There’s a reason for this: almost all the properties of bioplastic are inferior to that of traditional, petroleum-based plastic, and the costs are far higher. Additionally, many bioplastics are not nearly as biodegradable as consumers believe they are, which means they’re still winding up in landfills and the ocean. If bioplastics are going to even begin to replace traditional plastics, researchers will need to innovate new materials with better functionality.

Green Science Alliance Co., Ltd. is one of the companies striving to innovate bioplastic. Located in Obana Kawanishi-city in the Hyogo prefecture of Japan, the company is a subsidiary of Fuji Pigment Co., Ltd. Founded in 2007 by Dr. Ryohei Mori, it has about 100 employees.

One of the hurdles to climb over with the development of new bioplastics has been the lack of mechanical strength compared to traditional plastic. Dr. Mori told Design News that the nanocellulose, when combined with biodegradable plastic composite material, offers better mechanical strength and slightly higher heat durability than existing bioplastics.

The difficulty lies in balancing mechanical strength with decomposition ability. Dr. Mori notes that decomposition of bioplastic depends on what it’s made of.

The Process to Create the Bioplastic Is Also Green

Green Science Alliance produces the new bioplastic with an extrusion machine and the use of a chemical reactor, if necessary. The goal is to ensure the bioplastic can be created from a process that’s environmentally friendly and not too harsh. To perfect its processes, the company has begun to work with researchers at Japanese universities.

The process isn’t cheap, as the mixing of nanocellulose makes for a more labor-intensive process, but Dr. Mori believes the costs can be brought down with increased volume of production.

“Also, by using paper, recycled paper, newspaper scraps, bamboo, wood and recycled wood as raw materials, we can drive the costs lower, particularly when you factor in the increased potential for recycling of the new plastic,” he said.

Going forward, Green Science Alliance is seeking to obtain biodegradable plastic certification from biodegradability testing authorities in Japan, the EU and the United States. The company is also experimenting with the production of bioethanol, biofuel and biochemicals from nonedible plants such as tree, wood, recycled wood and paper scraps in a way that won’t cut into the world’s food stocks: an important factor in sustainability.