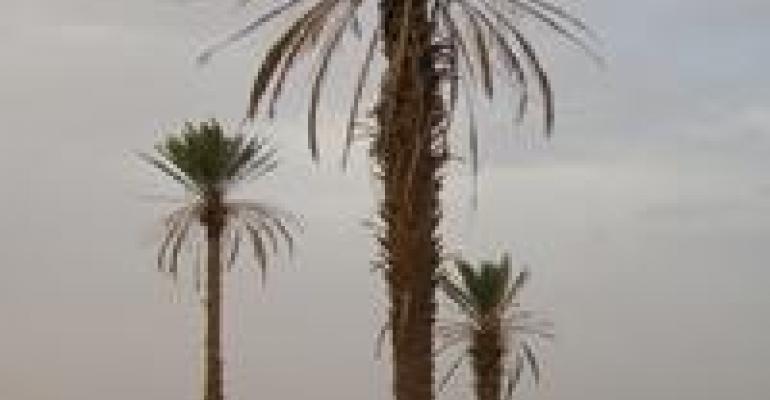 Extracts of juice from the common date palm fruit may prove to be a greener way to protect against corrosion in the strong, lightweight aluminum alloys being used to make aircraft, cars, and industrial machines. The extracts, developed at Turkey's Duzce University, could replace anti-corrosion coatings made with potentially toxic chemicals.

Although aluminum's oxide layer makes it naturally resistant to corrosion, it can corrode in some extreme environments, including sea water. The wrought aluminum-zinc-magnesium-copper AA7000 alloys commonly used in load-bearing structures and other structurally demanding aerospace applications are especially susceptible to local corrosion from intermetallic phases. 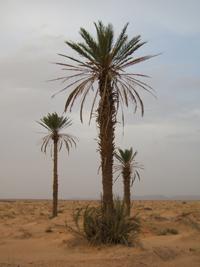 Inorganic corrosion inhibitors form an oxide film or hardly soluble salt on the metal's surface. The most common inorganic inhibitors used for aluminum and aluminum alloys are chromates, which are highly toxic. Organic inhibitors, such as amino acids and hydroxy carboxylic acids, protect the metal by adsorption on the oxide film. The Duzce University research is looking at nontoxic alternatives to both types.

Previous research suggested the anti-corrosion effect of extracts of leaves of the date palm (Phoenix dactylifera L.). Husnu Gerengi, a researcher in the department of chemistry of the corrosion research laboratory at the university's Kaynasli Vocational College, decided to examine extracts from date palm fruit juice. The fruit is used in several forms as food, as well as in traditional medicine.

Gerengi detailed his findings in an article in Industrial & Engineering Chemistry Research (subscription required). He investigated the influence of date palm fruit juice on AA7075 aluminum alloy in a 3.5 percent sodium chloride solution by Tafel extrapolarization and electrochemical impedance spectroscopy. He found that the juice acted as a slightly cathodic inhibitor. The efficiencies of this inhibition increased as the juice's concentration in the solution increased from 100ppm to 2,000ppm.

Previous studies have shown that compounds containing sugars can inhibit corrosion. Date palm fruit juice contains several sugars, including glucose, xylose, and fructose. Gerengi's research suggests that a reaction between the metal and these sugars, especially glucose, forms an anticorrosive film on the alloy's surface.