HomeMaterialsEarth Smiles at Electronics Made from Wood and Silk
Recent
Materials
Argo AI Expands to Austin and Miami in Search of More Challenges
May 18, 2022
12 Ideas that Could Change the World
May 18, 2022
Making the AC Power Main Intelligent
May 18, 2022
How to Make Sure Your Digital Transformation Doesn’t Fail
May 18, 2022
POLL
The Internet's Grooviest Slideshow of Legendary International Scouts
May 17, 2022
Electronics Industry Bolsters Root of Trust Security Efforts
May 17, 2022
3 Tips for Embedded Software Configuration Management
May 17, 2022
Novel 3D Printing Method Used to Replenish Coral Reefs
May 16, 2022

Earth Smiles at Electronics Made from Wood and Silk 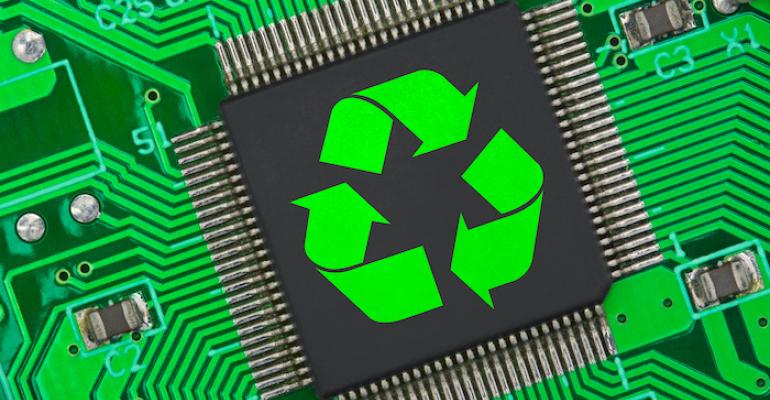 Making electronic chips from wood and silk is very green, yet challenges remain.

Consumer mobile electronics, such as smartphones, wearables, tablets and the like, are notorious for being less than Earth friendly. For example, smartphones are typically made of non-renewable, non-biodegradable, and sometimes toxic materials like gallium arsenide used in RF circuits and LEDs. Compounding the problem is that smartphones are frequently upgraded or discarded, leading to serious environmental contamination.

For these reasons, researchers have been looking for ways to make electronic systems from renewable and biodegradable materials, as well as ways to minimize the amount of toxic elements. The results have been promising with viable components created from bio-based and flexible materials including wood fibers and silk.

Part of the problem stems from the incredible success of Moore’s Law, where semiconductor chips double in performance roughly every two years while decreasing in power, size and cost. Such benefits have resulted in a proliferation of discarded electronics. Consider the smartphone, whose average expected life span or replacement cycle length in the U.S. is about 2.87 years, according to a recent report from Statista. Such a high replacement rate has resulted in the disposal of more than 416,000 cellphones disposed of every day, as noted by The Environmental Protection Agency (EPA).

Replacing an entire smartphone with fully biodegradable or renewal parts is a very tall order. But we can at least begin that journey by developing ecofriendly components.

While it may be some time before we can build a mechanically and electrically functional wooden robot like Bender in Futurama, researchers have already developed a working “wooden” computer chip.

Fun Fact: You can 3D-Print a wooden Bender character. Unfortunately, the 3D-Printer uses a plastic polymer rather than wood-based, easily flammable material. Or you could buy a commercial offering of a wooden Bender on Amazon for around $100 US but it would still be made of plastic.

Several years ago, researchers at the University of Wisconsin created the electronic components of a computer chip from nano-cellulose, which is basically wood. They claimed that using nano-cellulose reduced the amount of semiconducting material by a factor of up to 5,000, all while maintaining performance.

Nanocellulose is a light solid, pseudo-plastic substance created from plant matter which comprises nanosized cellulose fibrils also known as nanofibrillated cellulose (NFC). It is an attractive alternative to plastic as the surface for flexible electronics. According to lead researcher Zhenqiang Ma, nanocellulose material can be used as a support layer for radio frequency circuits that work just as well in smartphones and tablets. Plus these chips can be broken down by a common fungus making them readily biodegradable.

Nanocellulose has already been used as a substrate for solar cells and other electronic devices. But Ma stated that it was the first time nanocellulose had been tried in high-performing radio frequency circuits.

Another approach to creating ecofriendly electronic chips is the use of silk-based, thin-film devices called fleco-ionics. Work on this new class of thin-film electronics is being conducted by a research group led by Professor Alireza Dolatshahi-Pirouz at the Technical University of Denmark. Their goal is to find green alternatives to reduce the growing amount of toxic electronic waste or e-waste.

The material for fleco-ionics comes from silk, extracted from the cocoons woven by silkworms. In addition to being relatively chip and abundant, silk is one of the strongest materials found in nature. More importantly for organic electronics, silk is an ionic conductor capable of passing electricity through the passage of ions. These types of ionic conductors are already in use in flexible Li-ion batteries, stretchable display devices, transparent touchscreens, and actuators.

The research team demonstrated the use of fleco-ionic technology by making a small motion sensor based on silk and nano-sized clay mixed in water. According to their report, the product can be recycled again and again and maintains its high electrical sensitivity even after 2,000 bending cycles. It is inexpensive to make and biodegradable.

Applications for silk-based sensor electronics includes motion-sensing gloves (e-gloves) to pressure-sensitive display screens. E-Gloves could help surgeons perform better in operations, translate sign language or even aid golfers to improve their swings. The team hopes to have a prototype e-gloved equipped with their flexible motion sensors by 2020.

Wood-based, nanocellulose materials and silk-based, thin-film fleco-ionics appear to hold great promise in the move toward ecofriendly electronics. However, challenges remain in the creation of a truly biodegradeable semiconductor equivalent chip.

Creating substrates and sensors is one thing but modern system-on-chip (SoC) devices are build upon numerous metal layers. Metal oxide does not decompose easily. Still, it has been possible to print low power, low performance 8-bit microprocessors onto organic surfaces. This is a big step in the right direction and ideal for IoT sensor rich platforms.