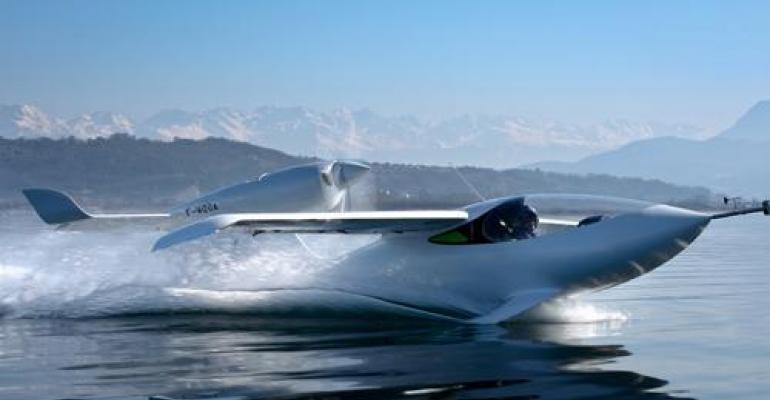 The AKOYA is a two-seater amphibious plane that can land on and take off from water, land on snowy surfaces, travel at least 1,600 kilometers (or 1,000 miles) before refueling, and reach speeds of 250kmh (or 135 knots). Its retractable landing gear is equipped with skis. The plane can land on a field less than 200 meters long, and it can fold its wings to be parked inside a garage. 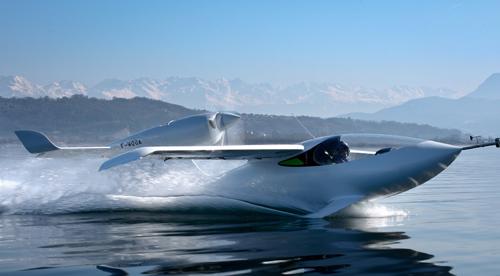 Unlike traditional amphibious planes, the AKOYA does not have a float, hull, or step, which improves aerodynamics and flight performance. Instead, the company's patented design uses two underwater fins called Seafoils, which let the plane lift its fuselage out of the water quickly. The fins also provide stability during takeoff and landing on water, giving the craft better tolerance in choppy seas.

The airframe, including wings and fuselage, is made entirely of composite materials, which are also used in several small parts of the plane. These materials include fiberglass, Kevlar, carbon prepreg, and lightweight sandwich structures consisting of carbon-fiber-reinforced plastic with a polymer foam core.

"All the weight-bearing primary structures are made of carbon prepreg or carbon sandwich," Vincent Cordeau, supply chain manager at LISA Airplanes, told us. "The Kevlar is used to protect zones against perforation and tearing. For instance, the area under the fuselage has a Kevlar external layer. Fiberglass layers are used to make external layers for waterproofness and finish quality."