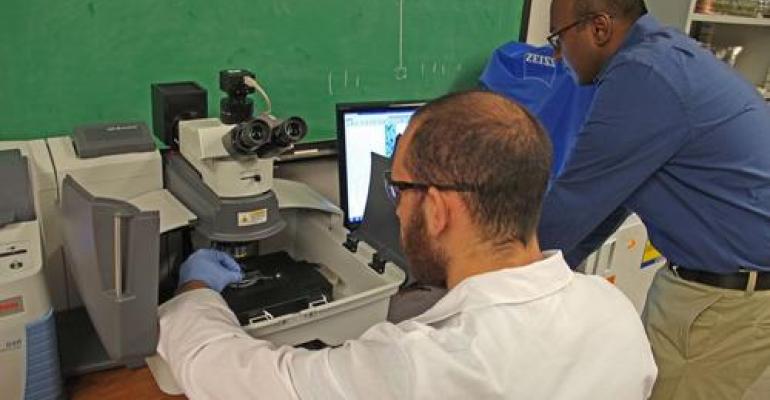 A materials engineering research team at the University of Nevada, Reno has developed an environmentally friendly, self-healing coating for the aluminum used in defense and aerospace applications. The coating is designed to replace the highly toxic chromate conversion coatings that have been used for more than 50 years to protect aluminum and aluminum alloys from corrosion.

The research team presented its findings at the international Pacific Rim Meeting on Electrochemical and Solid-State Science in Honolulu. "It was well received at the conference," Dev Chidambaram, lead scientist and assistant professor of materials science and engineering at the University of Nevada, told the university's Nevada Today. 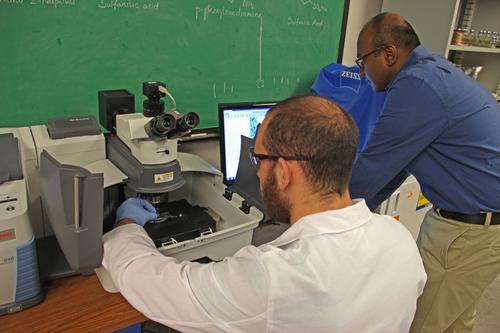 Since the 1980s, researchers have been working on nontoxic replacements for coatings that use chromates, a class of carcinogenic substances made famous in the 2000 movie Erin Brockovich. They have been banned in consumer and automotive applications, but some defense and aerospace applications are still exempted. That's because nontoxic replacements with equivalent performance have not been found, and the risks associated with failure from corrosion in those applications is high.

We reported last month on nontoxic coatings developed by Turkey's Duzce University that use extracts of date palm juice. The coatings are designed to protect the wrought aluminum-zinc-magnesium-copper AA7000 alloys often used for load-bearing structures in aerospace applications. These structures are susceptible to saltwater corrosion and intermetallic phases.

The main problem in replacing chromates in aerospace and defense applications has been finding a nontoxic coating material that can prevent pitting corrosion and self-heal. Chromate-based coatings repair themselves after being scratched or otherwise damaged; chromate ions migrate from passivated regions on the aluminum's surface to a damaged site, causing repassivation and reprotecting the alloy underneath it.

Chidambaram's team says its molybdate-based coating solves that problem. It can be applied to aluminum and all aluminum alloys, performs in a way similar to chromates, and is self-healing. A time-lapse video (on this page under "Cool Videos") shows the coating forming on a piece of the aerospace aluminum alloy AA2024-T6.

The researchers developed and tested more than 300 versions of the coating. They used multiple advanced surface analytical techniques to confirm the presence of molybdate in scratched areas of aluminum, including Raman microspectroscopy, Fourier transform infrared spectroscopy, energy dispersive spectroscopy, secondary ion mass spectroscopy, and X-ray photoelectron spectroscopy. To show that the coating could self-heal after a scratch test, the team used electrochemical testing. Further work will optimize the coating for improved protection.

Chidambaram, the team's principal investigator, is the head of the university's Materials and Electrochemical Research Laboratory. The team includes David Rodriguez, a University of Nevada graduate student who conducted extensive testing on the materials, and Roshan Misra, an undergraduate majoring in aerospace engineering at the University of Colorado, Boulder.