Aerospace and Military Lighten Up 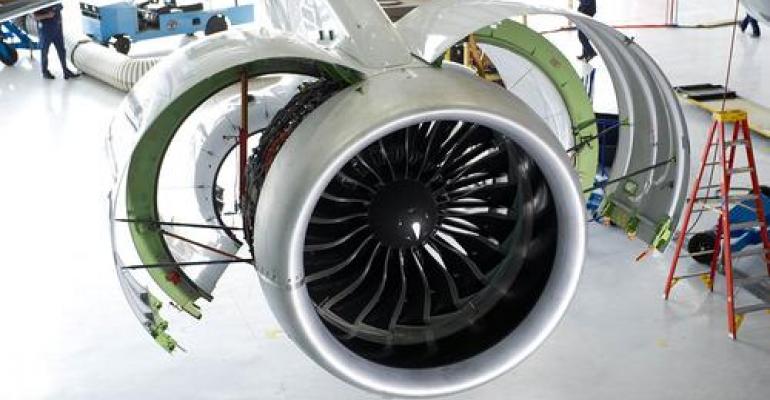 Military and aerospace engineers are increasingly focused on creating lighter weight, less costly components for ships, planes, spacecraft, and military vehicles, while maintaining strength, durability, and structural integrity. They are using lighter, stronger, and faster-curing carbon and glass composites and stronger polymers, as well as lighter-weight metals and alloys.

One of the big drivers for this push among aircraft makers and their component suppliers is that requirements for reducing emissions, and therefore fuel consumption, are getting tighter. Under the Federal Aviation Administration's Continuous Lower Emissions, Energy, and Noise (CLEEN) program, for example, major manufacturers such as Boeing, Pratt & Whitney, Rolls-Royce, and GE are working on various technologies to reduce emissions by 60% and aircraft fuel burn by 33% between 2015 and 2018. In both military and aerospace programs, there's also the continuing drive to cut materials and assembly costs.

Fuel costs now account for more than 35% of an airline's overhead, said Tim Herr, aerospace strategic business unit director for Victrex, well-known manufacturer of high-performance PEEK polymer. "Analysts also believe that 35,000 new aircraft will be needed over the next 20 years in order to replace aging fleets and to meet civilian flight demands," he said. "The industry is booming, and airplanes need to fly off the assembly line quicker to fulfill the backlog of orders." 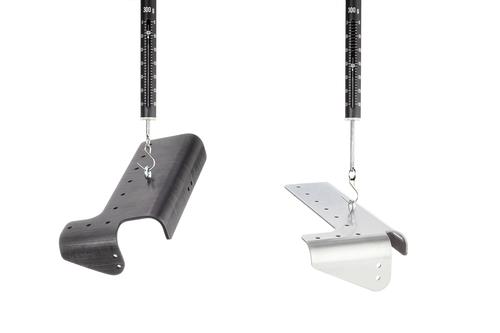 Aerospace engineers are seeking innovative technologies to develop fuel-reducing, low-maintenance aircraft that can be assembled easily. One key to achieving this is metals replacement. Victrex, for example, has worked with leading aerospace companies for more than three decades to deliver PEEK polymer solutions that replace metals, thermosets, and other plastics, said Herr. The company's products are flying on more than 15,000 aircraft.

Victrex PEEK improves the performance of aerospace components such as clips, clamps, and brackets, offering strength and stiffness equivalent to metals while weighing up to 70% less, said Herr. Because this material can be injection molded, design engineers can simplify, consolidate, and standardize parts to improve assembly for aircraft manufacturers. Victrex PEEK delivers a combination of mechanical and fire/smoke/toxicity properties, plus chemical resistance, among others, that make it one of the highest-performing aerospace materials.

In addition to being up to 70% lighter, thermoplastic continuously reinforced composites made from Victrex PEEK offer up to five times higher mechanical properties than metal, making it a prime candidate for structural brackets and fasteners, said Herr. Their properties include chemical and corrosion resistance to jet fuel, hydraulic fluid, de-icing solution, salt, steam, water, and other commonly used service fluids, as well as four and five times higher fatigue strength, specific stiffness, and specific strength compared to traditional metals such as aluminum.

For example, Tri-Mack Plastics Manufacturing Corporation, a molder of high-temperature engineering thermoplastics, recently developed a carbon composite manufacturing process based on Victrex PEEK, using to produce brackets for aircraft structural applications. Victrex estimates that the brackets can remove a total of 100 kg (220.5 lb) of weight from a short-range commercial aircraft, compared to parts made of metal. Compared to thermoset-based composites, the thermoplastic composite brackets have manufacturing cycle times measured in minutes instead of hours.

Molding company Piper Plastics developed the Kyron MAX injection-moldable thermoplastic composite for internal use. Then the company designed and molded a standard #10-32 bolt with one of the highest-performing of its XS series Kyron MAX grades, using a proprietary process, to replace titanium aerospace bolts. The resulting part exceeds target minimum tensile load at 741 lb and double shear strength at 1,890 lb. The material comes in three performance levels with both glass and carbon-fiber versions. Depending on the combination of fillers and polymer type, tensile strength can reach from up to 50,000 psi (345 MPa) to as high as 120,000 psi (827 MPa). The highest tensile strength exceeds that of steel, said Dave Wilkinson, Piper's materials engineering manager. The material's tensile modulus ranges from up to 5 million psi (35 GPa) to as high as 12 million psi (83 GPa).

RTP Company's carbon fiber-reinforced thermoplastic compounds for injection molding have specs that get close to metals in their stiffness and strength. The Ultra Performance series of compounds are made of short carbon fiber-reinforced resin systems based on PEEK, PPA, PPS, and PEI. These high-temperature resin systems are available in a range of carbon fiber loadings from 20% to 40%. For example, RTP 4087 using PPA and 40% carbon fiber has a tensile strength of 360 MPa, compared to tensile strengths of a zinc die casting alloy (ZAMAK 3) at 2.85 MPa, a tempered aluminum alloy (6061-T6 Al) at 310 MPa, and a cast aluminum alloy (A380 Al) at 324 MPa.

One of the premier metals for aircraft is still aluminum, including structures, fasteners, and various components, and the premier supplier is Alcoa. Many of the company's huge range of aluminum materials and products can be found in every metallic-intensive commercial and military aircraft made in the western world, as well as in several carbon fiber-intensive planes.