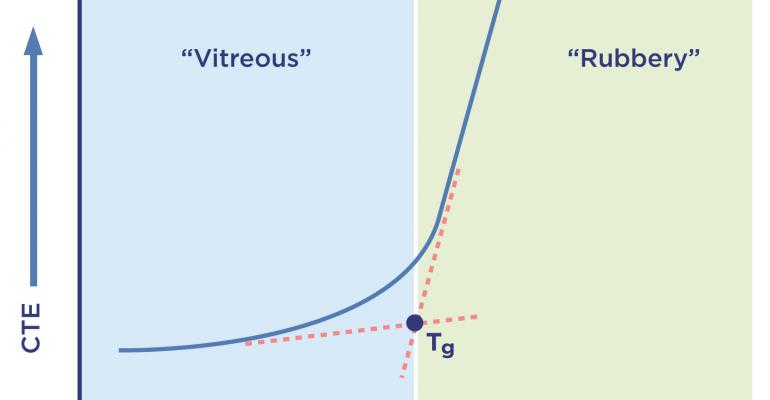 It's no longer uncommon for aerospace, oil-and-gas, industrial and some electronics applications to require materials systems that withstand temperatures of 300 degrees C or greater. Other applications have to contend with extreme cold, even down to cryogenic temperatures in the neighborhood of 4K.

Picking the right adhesive product for extreme temperature applications may seem straightforward. After all, just about every adhesive supplier publishes temperature resistance values on their data sheets. Relying on that data, engineers will sometimes address temperature issues by simply selecting an adhesive rated for temperatures beyond their application's expected operating temperature.

Unfortunately, good design practice is not that simple. Temperature resistance values on data sheets are notoriously inconsistent, in part because suppliers test adhesives so differently--with some suppliers taking a far more conservative approach to reporting temperature data than others. To select the right temperature resistant adhesive for a given application, you will have to dig a bit deeper than a line or two on a data sheet.

Glass Transition Temperature
As polymeric materials, adhesives share a generalized thermo-mechanical response to temperature extremes. As the temperature rises past a certain point, the adhesive will begin to soften and lose some tensile strength. The adhesive will also experience a rise in its coefficient of thermal expansion (CTE). The point at which very high temperatures start to pose a problem differs with the individual adhesive and the application requirements. But the adhesive's glass transition temperature (Tg) provides a window on where that point lies.

Not to be confused with a melting point, Tg is the temperature at which thermosetting amorphous polymers- including most temperature resistant adhesives-change from a rigid "glassy" state to a more pliable "rubbery" state. This intrinsic thermal property serves as a good indication of an adhesive product's ability to stand up to an application's temperature requirements.

For example, it would be unwise to pick a structural adhesive whose Tg is 100 degrees C less than the application's continuous use temperature. Even in less obvious cases, picking an adhesive with too low a Tg can exacerbate more subtle failure mechanisms such as creep and thermal stresses from CTE mismatch.

Those differences between the measured Tg and maximum service temperature values highlight the fact that the two are not the same thing. Plenty of successful real world applications have employed adhesives whose operating temperatures exceed Tg for short periods of time or by small margins that will not cause mechanical properties to degrade enough to matter.

So while Tg is not a shorthand for continuous use temperature, it does serve as an indicator of good design practice in high-temperature applications. By selecting an adhesive whose Tg is above the expected service temperature, you can reduce the risk of inadequate mechanical properties or thermal stresses.

Cold Cases
At very cold temperatures, Tg does not provide the same clear window into adhesive performance as it does in high temperature applications. As temperatures dip farther and farther below the Tg, adhesives become increasingly brittle and subject to low failure stresses. That reasoning would in theory seem to favor flexible adhesives with low Tg values for the coldest applications.

Yet in practice, the opposite is often true. Epoxy adhesives in particular do not experience a significant loss of properties even at cryogenic temperatures--meaning they work best in a rigid state that extends from their Tg into far colder territory.

As an example, Master Bond makes one- and two-component epoxy adhesives that provide structural bonds that can handle temperature extremes from cryogenic 4K up to 205 degrees C. Other high temperature epoxies likewise exhibit excellent performance at cold temperatures above cryogenic levels. This ability to work in environments that mix extreme heat and cold is particularly important in aerospace applications.

Adhesives with a low Tg that function fine in a purely cryogenic environment tend to exhibit large CTEs as they heat up-with all the thermal stress problems that large CTEs can imply. High Tg adhesives tend to have smaller, manageable CTEs across their entire operating temperature range, and may be more suitable for these mixed extreme environments.

Managing Trade-offs
The good news about temperature resistant adhesives is that they offer a balance of properties that requires little in the way of design trade-offs. These epoxies, silicones and bismaleimides offer all the physical and mechanical properties required to address a range of structural bonding, encapsulation and sealing applications.