Will Advanced Artificial Skin Raise Hope in Restoring a Sense of Touch? 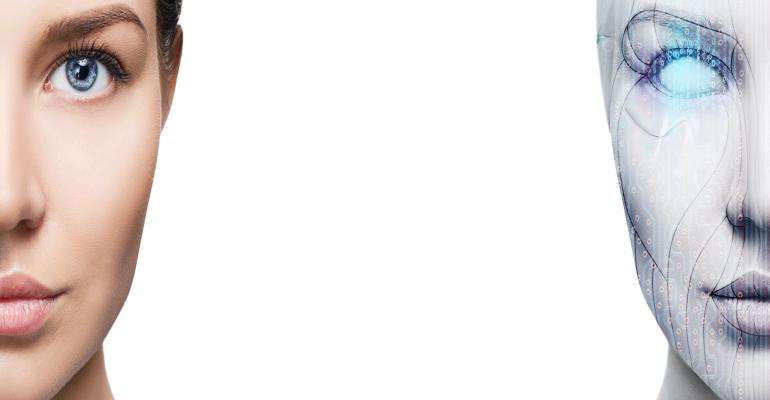 The skin sensory system can detect both movement and temperature simultaneously in a way that can restore a sense of touch for people who have lost it.

Researchers have developed an electronic skin-like sensory system that can detect both movement and temperature simultaneously, giving it a characteristic similar to human skin.

A joint research team from Pohang University of Science and Technology (POSTECH) in South Korea and Stanford University developed the multimodal ion-electronic skin, which researchers said can measure the temperature and mechanical stimulation at the same time.

Related: Wearable Sensors Printed Directly on the Body Without Heat

The team developed a multifunctional artificial receptor that aims to mimic tactile receptors in the human skin that can detect hot or cold temperatures as well as other tactile sensations such as pinching, twisting, or pushing. It’s contained within multimodal ion-electric skin made from a flexible material that, like human skin, is flexible and can stretch.

“When an index finger touches an electronic skin, the electronic skin detects contact as a temperature change, and when a finger pushes the skin, the back part of the contact area stretches and recognizes it as movement,” explained Insang You, a professor at POSTECH and one of the researchers on the team. “I suspect that this mechanism is one of the ways that the actual human skin recognizes different stimuli like temperature and movement.”

A number of scientists have been working on various electronic skins that can be used for robotics or prosthetic devices, aiming to solve a key challenge to make artificial sensing systems as human-like as possible.

Researchers at the National University of Singapore (NUS), for instance, developed an artificial nervous system that can give robots and prosthetic devices a sense of touch on par with or even better than human skin. This system, called Asynchronous Coded Electronic Skin (ACES), can detect touches more than 1,000 times faster than the human sensory nervous system, as well as identify the shape, texture, and hardness of objects ten times faster than the blink of an eye, researchers said.

The system developed by the POSTECH and Stanford team works a bit differently. To overcome the challenge that those developing electronic skins have faced—to create an artificial system that can measure both temperature and movement at the same time—the team made the sensor using electrolytes to conduct ions, akin to a similar reaction that occurs in the human sensory system.

They also leveraged the fact that the ion conductor material containing electrolytes can have different measurable properties according to its measurement frequency, researchers said.

The ultimate goal of the research is to create artificial ion-electronic skin that simulates human tactile receptors and neurotransmitters for medical applications to help restore the sense of touch in patients who have lost their tactile sensation due to illness or accidents, said Professor Unyong Jeong of POSTECH.

“This study is the first step in opening the door for multimodal electronic skin research using electrolytes,” he said in a press statement.

Researchers hope one day the technology can be commercialized, a path for which they have optimized their design. The artificial receptor has a simple structure comprised of electrode-electrolyte-electrode, which makes it straightforward for mass production, they said.