No Relief for Supply-Chain Headaches in the Near Future 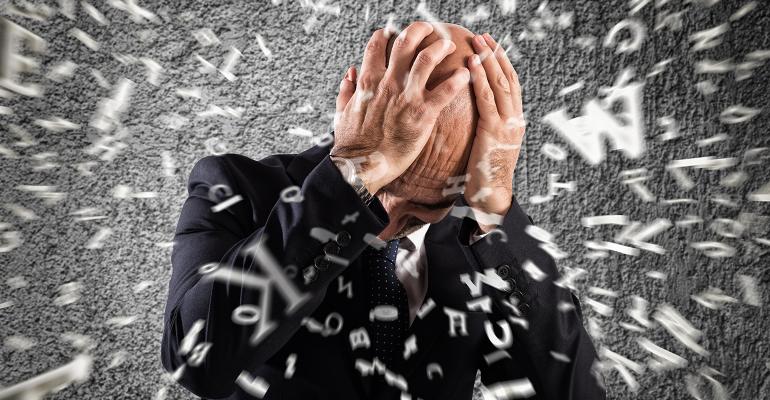 There is some optimism that material production will increase, but converters and equipment makers are struggling to deliver product because of a shortage of workers.

The pandemic-instigated shocks to global supply chains that have given material and machine suppliers so many headaches are unlikely to resolve in the near future, according to industry experts.

While there is optimism that material production will increase, converters and equipment makers are struggling to deliver product thanks to dire worker shortages.

“I don’t think things will actually be dramatically different from 2021,” cautioned Perc Pineda, PhD, Chief Economist for the Plastics Industry Association (PLASTICS). “I was expecting that, after the second half of this year, we would see some easing of supply chain bottlenecks — but that hasn’t really happened.”

On the equipment side, he noted, delivery times continue to be much longer than they were prior to COVID. While new orders remain strong, shipments are lagging, indicating that manufacturers are experiencing production delays amid persistent workforce shortages.

With the labor participation rate stuck at around 62% since June 2020, Pineda is not even confident that an increase in that rate would give the manufacturing sector and ancillary services a boost.

“We still have an 80,000 truck-driver shortage,” he noted. “The labor force issues in the manufacturing sector started before the pandemic. We estimated in 2019 that there would be about 145,000 potential job openings in the plastic industry in the next 10 years. COVID probably added another 5,700 to that. So, on the labor side, we are struggling.”

Furthermore, with the main customer of the plastics industry being the manufacturing sector, he said, supply troubles in those end markets “will have a ripple effect on the plastics industry.” A prime example is the automotive industry, in which assembly has been hampered so significantly by the worldwide shortage of semiconductor chips. That shortage, though expected by some to ease by the end of next year Pineda said, likely will linger — with 10 to 20 weeks of lead time for chips on average.

However, shortages in plastic materials and resins will be less pronounced because production has increased.

All this “would be the best scenario,” concluded Pineda. However, the movement of goods and services throughout global supply chains ultimately depends on how countries with which we do business emerge from the stresses of the pandemic. Ultimately, “all companies in the plastics industry are looking at alternative sourcing of suppliers. However, there are limits on what they can do. You could integrate vertically, but that comes with higher costs considering that you won’t be shopping around for the best suppliers — and with inflation being really high, that has become a bit of a losing strategy.”

In terms of resins, AMCO experts Jeff Schultz and Bruce Flannery detailed the effects an array of global “wild card” developments are likely to have on supply.

Speaking during the Dec. 7 annual meeting of the Manufacturer’s Association for Plastics Processors, Schultz and Flannery noted those wild cards include shortages of chips, fiberglass, flame retardants, and BTUs from coal, oil, or natural gas.

“It sure seems like today, the number of wild cards and the intensity (at which) new ones are being created is something that just seems to be a lot stronger than it has ever been,” said Schultz, AMCO’s product director for engineering thermoplastics (ETPs).

That said, he noted in his presentation that domestic commodity producers have mostly recovered from shortages, but ETPs have not, and strong end-market demand that continued through the end of this year seems ready to continue through the first quarter of the new year.

Echoing Pineda’s point about the automotive industry’s potential material usage, Schultz noted that we are seeing “the lowest number of on-hand vehicles in inventory in over 30 years.”

Meantime, Schultz noted a record 22% year-to-date increase in the number of 20-foot containers that moved through the Port of Los Angeles. However, the number of container ships at anchor vs. at berth has dropped significantly in November. And, ocean freight reliability is below 40%, meaning suppliers are confirming shipments to customers, who then plan production and advise OEMs, “only to find out that the shipments actually are not leaving the port.”

Flannery, AMCO’s product director for commodity resins, pointed out that production of those materials is up for the most part, demand is in flux, and prices are falling.

In advising how to work with suppliers to reduce the impact of wild-card conditions, Flannery suggested several actions to take, including getting material orders in quickly — particularly if spot opportunities for tight materials present themselves; qualifying alternative resins; giving suppliers delivery windows as opposed to specific dates; and scheduling bulk truck deliveries at least three weeks in advance.