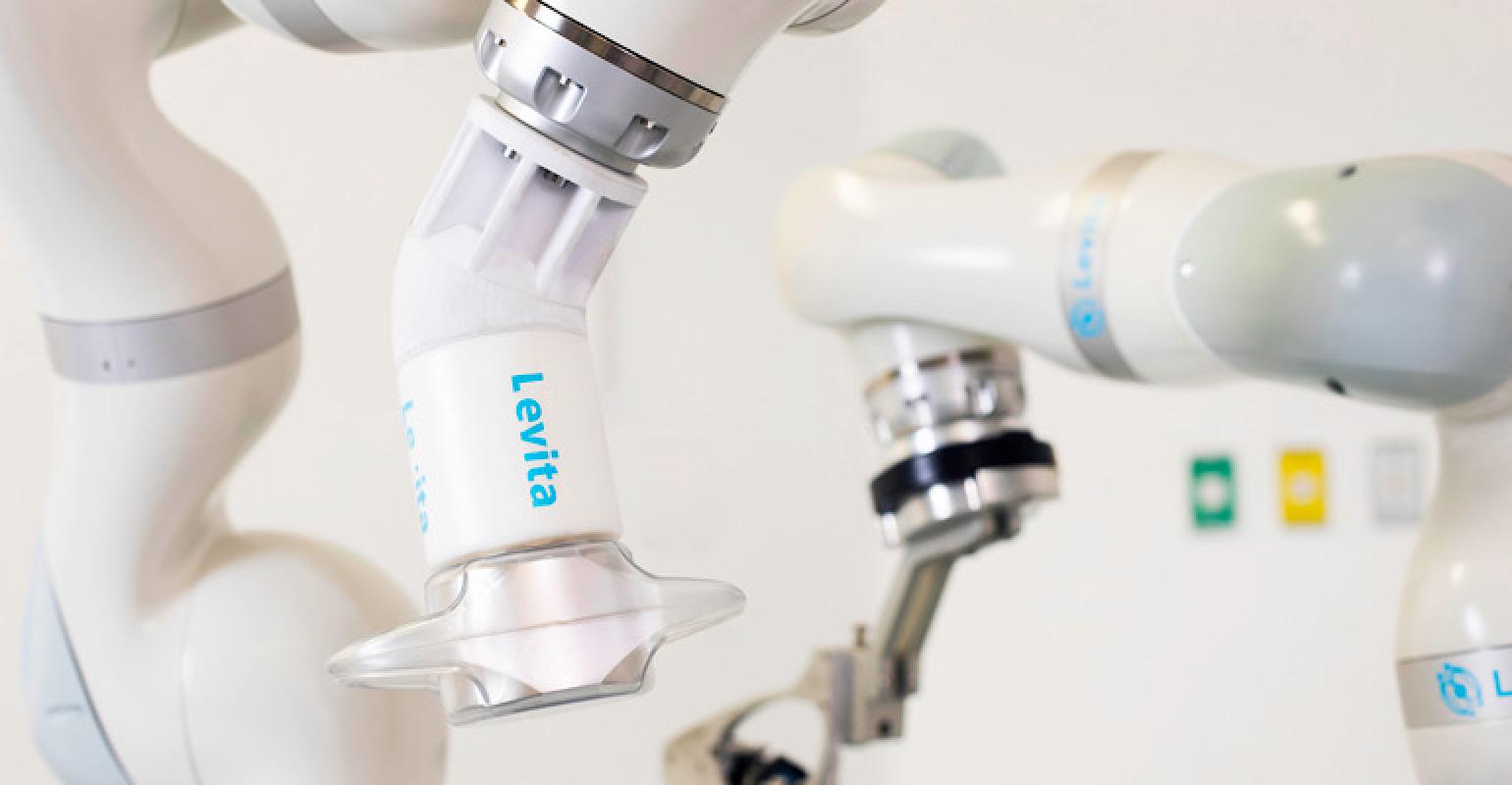 Levita Magnetic said the first magnetic robotic-assisted surgeries were performed with its newest platform. The company said it will use its robotic surgical platform to focus on less complex procedures.

Levita Magnetics’s platform has been used to perform the first-ever magnetic robotic-assisted surgical procedure. The use of magnets helps the Menlo Park, CA-based company stand out in the quickly growing surgical robotics market.

The procedure was a reduced-incision laparoscopic cholecystectomy or gallbladder removal completed by Dr. Ignacio Robles, a minimally invasive surgeon at Clínica INDISA in Santiago, as part of a current clinical study of the system in Chile.

“Using magnets, we reduce the number of incisions and for the patient that means less pain, faster recovery, fewer scars, and a better procedure overall,” Alberto Rodriguez-Navarro, MD, CEO and founder of Levita Magnetics, told MD+DI.

Levita’s magnetic surgical system component is so unlike current technologies that FDA had to create a whole new category for it.

Related: Has the Use of Robotics Improved Medical Device Manufacturing?

The system, which consists of an external magnet placed on the skin that controls a shaftless detachable grasper, enables instruments to move without the constraints of a fixed-position pivot point. Plans call for the company to submit the Levita Robotic Platform to FDA for clearance in 4Q21.

A glance at the surgical robotics space reveals it is dominated by Intuitive Surgical’s da Vinci platform with other companies and devices in tow. Medtronic has had the most recent activity in the space with the announcement of the first use of its Hugo Robotic-Assisted System (RAS) – which has yet to be greenlit by FDA.

The platform along with Johnson & Johnson’s upcoming system have been subject to much fanfare and have been said to be direct competitors to the long-reigning da Vinci robot.

To separate itself from the pack, TransEnterix changed its name to Asensus Surgical and has moved to a strategy that takes it beyond robotics and into ‘performance guided’ surgery.

The Research Triangle Park, NC-based company has the Senhance Surgical System, which is a digital laparoscopic platform that goes beyond the typical surgical robotic systems, providing surgical assurance through haptic feedback, eye-tracking camera control, and 3D visualization, and is the first platform to offer 3 mm instruments.

It could be argued that the surgical robotics space could be crowded for a player like Levita. However, Rodriguez-Navarro said there is plenty of room for the firm because of its focus on less complex and day-to-day laparoscopy procedures.

“I think [Intuitive Surgical’s] da Vinci is a wonderful robot and I think that everyone that’s following the same intrinsic model has great technology,” he said. “But we see that the market for surgery is huge, and we see that the solutions following the da Vinci model are more focused on the complex procedures. We see ourselves competing with more [traditional] laparoscopy models.”