How AI Can Improve CTA Analysis After Stroke and Heart Attack 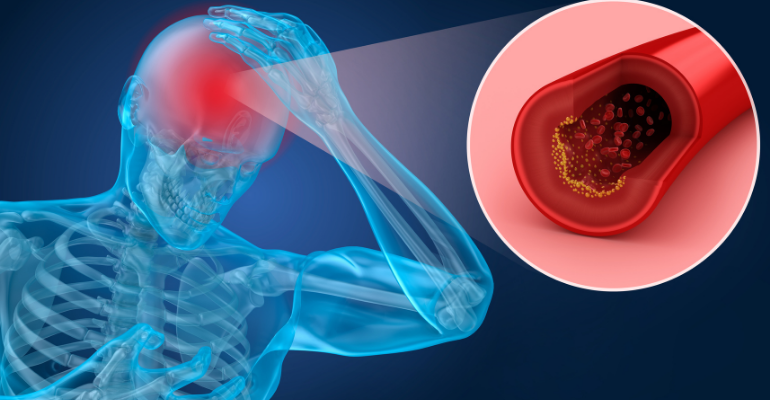 Computed tomography angiography (CTA) has been increasingly used in the diagnosis of vascular disease, and it's a modality that offers many potential clinical benefits. The question is, how to actualize that benefit and to get the most out of the modality.

Boston, MA-based Elucid has developed an artificial intelligence software that just might answer that question. The company recently secured $8 million in a series A financing round.

Andrew Buckler, the company's founder, president, and chief technology officer, told MD+DI that CTA is currently used in two ways. One is a subjective review by a trained reader, reading without the opportunity of analysis software.

The second is to use analysis software that that one could argue might be making certain assumptions about the imagery that may be a little bit too simplistic, he said. For example, research has suggested that the presence of low attenuation plaque that shows up via CTA indicates that the patient is at risk of having a heart attack.

"What our technology does, and what we are pleased to be working on, is a way to make that more specific to be able to discriminate tissues that have histopathologic correlates, and the importance of that is twofold," Buckler said. "One is to have a truth basis so that it's objective, and from which you can make a quantitative analysis that can identify not only the presence, but the degree and the amount of tissue types that are known to be associated with adverse events."

In one study, blinded to histology, CTA was analyzed using the ElucidVivo software (previously known as vascuCAP) and provided results that agreed with histopathologic references and linearity of both tissue types independently. Results indicated that LRNC and IPH may be quantitatively measured from routinely available CTA, which increases its diagnostic power and expands the landscape of clinical decision support tools for tailored therapeutics.

In another study, the ElucidVivo software was used to determine lesion stability from CTA, validated by histology, based on its accurate tissue classification. Results showed classification measured against ex vivo data was more than sufficient for clinical use and was able to determine plaque stability efficiently. Previous studies have demonstrated the increased prevalence of unstable plaques post-mortem, but performing this characterization from non-invasive imaging for the first time enables widespread usage to predict and prevent adverse events, such as heart attack and stroke. Moreover, unlike catheter-based methods, not only were multiple tissue types reliably characterized, but this type of assessment was performed systemically rather than only focally to optimize patient care, so that care may reach the goal of understanding the “vulnerable patient,” even beyond individual vulnerable plaques.

In other words, the studies showed two specific benefits that come from that truth basis that Buckler mentioned.

"One is the ability to accurately identify lipid-rich necrotic core and discriminate it from intraplaque hemorrhage," he said. "These tissue types are visually apparent at some level, but it's very difficult to see necrosis on the one hand, and hemorrhage on the other. The ability to actually separate those and have an accurate quantitation, we think, is a big deal, and it depends upon the technology that we've developed."

The second benefit, as shown by the data presented at SCCT, is that on the basis of those tissue distributions, the study investigators were able to anticipate which patients are at risk for sudden cardiac death, which has long been considered a holy grail of modern medicine because then doctors can make treatment decisions aimed at reducing that patient's risk.

“These abstracts shed light on the meaningful clinical value of scientific cardiovascular imaging when strong concordance with histopathology is confirmed,” said Matthew Budoff, MD, program director and director of cardiac CT at Harbor-UCLA Medical Center. “There is potentially strong prognostic value in automatically identifying these elusive plaque features and categorizing patients which may finally help us start to finally reduce stroke and heart attack rates.”

Budoff told MD+DI that being able to identify which patients have high-risk plaque features will really change the way cardiologists manage those patients. Cardiologists today have a plethora of new therapies to choose from in the world of preventive cardiology beyond just statins and Aspirin, he said, that knowing which patients to prescribe them should be quite informative.