BROUGHT TO YOU BY
Recent
Industry
Q&A With IndyCar Gearbox Expert Anna Chatten
May 13, 2022
Intel Unveils Trust Authority to Boost Security
May 13, 2022
Supplier News Looks at Highly Customizable Industrial Monitors
May 12, 2022
Here Technologies Maps are Key to Mercedes Level 3 Automation
May 12, 2022
POLL
'We Built the Domino's Pizza Tracker for Manufacturing'
May 12, 2022
Break Your Bubble Gum Habit by Watching Its Production
May 12, 2022
This Patch Monitors All Your Vitals, Including Blood Pressure
May 12, 2022
First E-Skin to Anticipate, Perceive Touch from All Directions
May 12, 2022 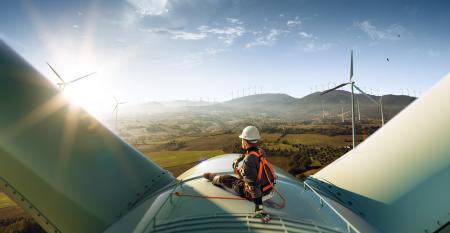 Engineering Salaries on the Rise in New BLS Data
Apr 21, 2022
Newly released data from the Bureau of Labor Statistics show growth in compensation for most (but not all ) engineering jobs for those...

20 Amazing Years of the Hubble Advanced Camera for Surveys
Mar 09, 2022
We take a look back at some of the incredible images shot with the ACS, which became Hubble's most-used instrument following its installation in 1992.

Biden Calls for CHIPS Act to Rescue US Semiconductor Industry
Mar 04, 2022
President Biden reiterated his plea in Tuesday night's State of the Union address for Congress to approve the CHIPS Act, which would allocate $52 billion to invest in semiconductor manufacturing and research.

The Top Women in Engineering
Mar 03, 2022
Here’s a selection of the leading women in engineering and technology through the decades.

International Women’s Day is Out of This World at NASA
Mar 03, 2022
Three women with three different approaches to working for NASA.

Biden Pushes Hard for Reshoring in State of the Union
Mar 03, 2022
President Biden praised domestic manufacturing expansion by Intel, Ford, and GM and asked Congress to pass a bill that will do...

Could Supply Chain Issues Be Easing?
Jan 07, 2022
Fred Smith from FedEx sees improvements across the board.