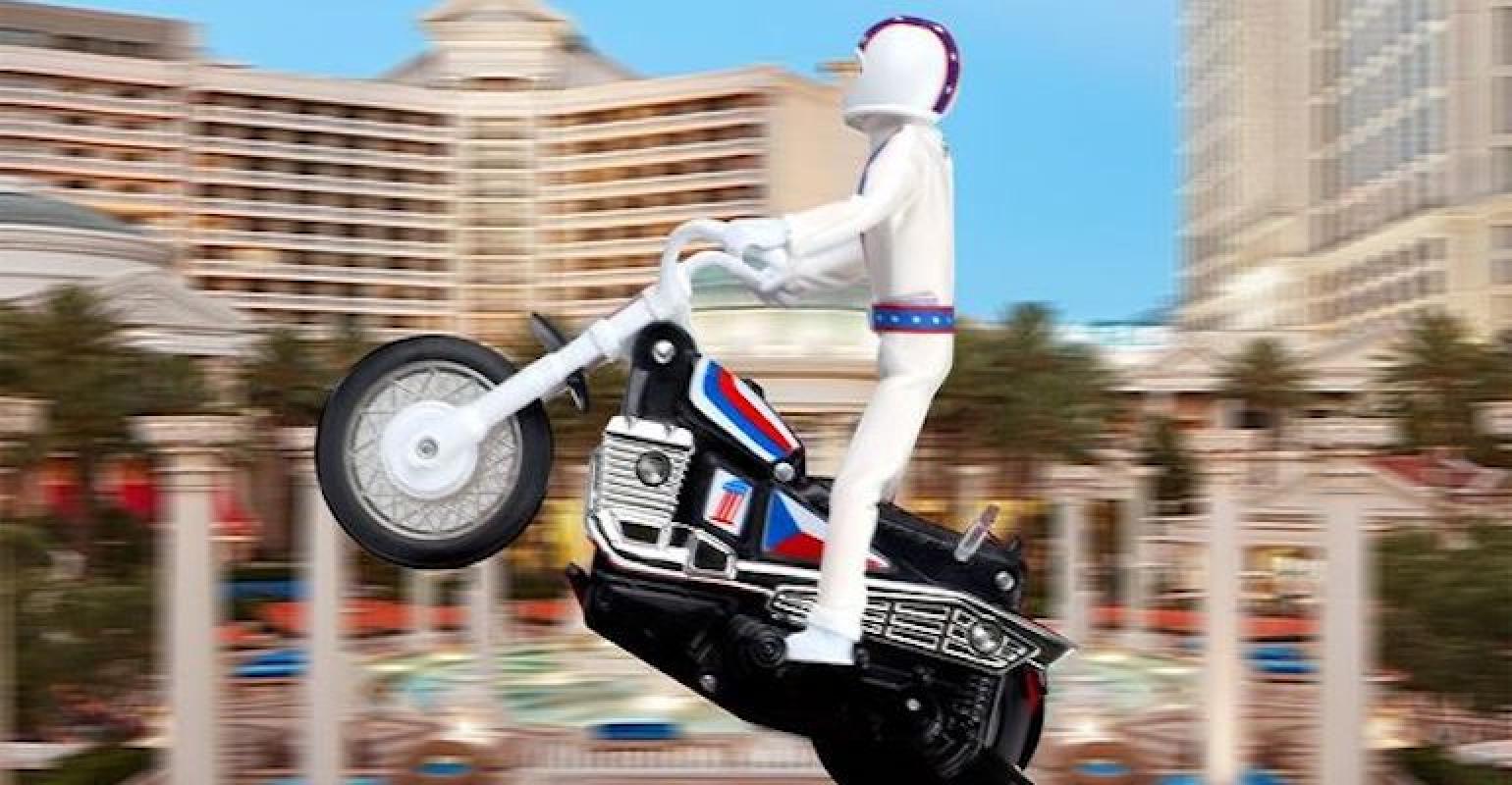 The greatest toy ever is back on store shelves this year.

Sports heroes like Terry Bradshaw, Johnny Bench, and Mario Andretti dominated the imaginations of active kids in the 1970s, but probably no one occupied more pre-pubescent mindshare than the larger-than-life motorcycle stunt rider Evel Knievel.

Recognizing the fervent interest in Knievel’s stunts, which included jumping his motorcycle over the fountain in front of the Caesar’s Palace casino, the Ideal toy company rushed out a miniature version of Knievel’s cycle with a 7-inch action figure of the man himself astride the bike. This became the must-have toy for mechanically inclined kids. But thanks to California Creations, the Evel Knievel Stunt Cycle is back in time for Black Friday.

Related: You Might Be an Engineer If...You Keep Reading These Crazy Lists

The toy motorcycle employs a friction engine like that of so many toy cars, so once its motor is revved up, it would run for an impressive distance under its own power. Unlike friction-engine cars, which kids power by pushing them on the floor to transfer power to the motor, the Evel Knievel stunt cycle employs a hand-cranked charging stand.

This lets kids power the cycle up while stationary, and then release it to run only after it was fully energized. Naturally, kids erect elaborate ramps and obstacles to clear, and thanks to its self-balancing gyroscopic effect, Evel and his stunt cycle almost always finishes strong, riding on two wheels even if the jump went horribly awry.

Related: You Might Be an Engineer If . . . You’re Looking for More of These Goofy Descriptions

Unfortunately, that left a generation or two of kids who grew up with no Evel Knievel stunt cycle toys, even as Knievel’s spiritual heirs, such as Travis Pastrana, regained recognition with high-profile stunts like Pastrana’s New Year’s Eve jumps. Maybe next year there will be a Pastrana stunt cycle toy, but for now, we can enjoy the return of the most sought-after toy since the Daisy Red Ryder BB gun.