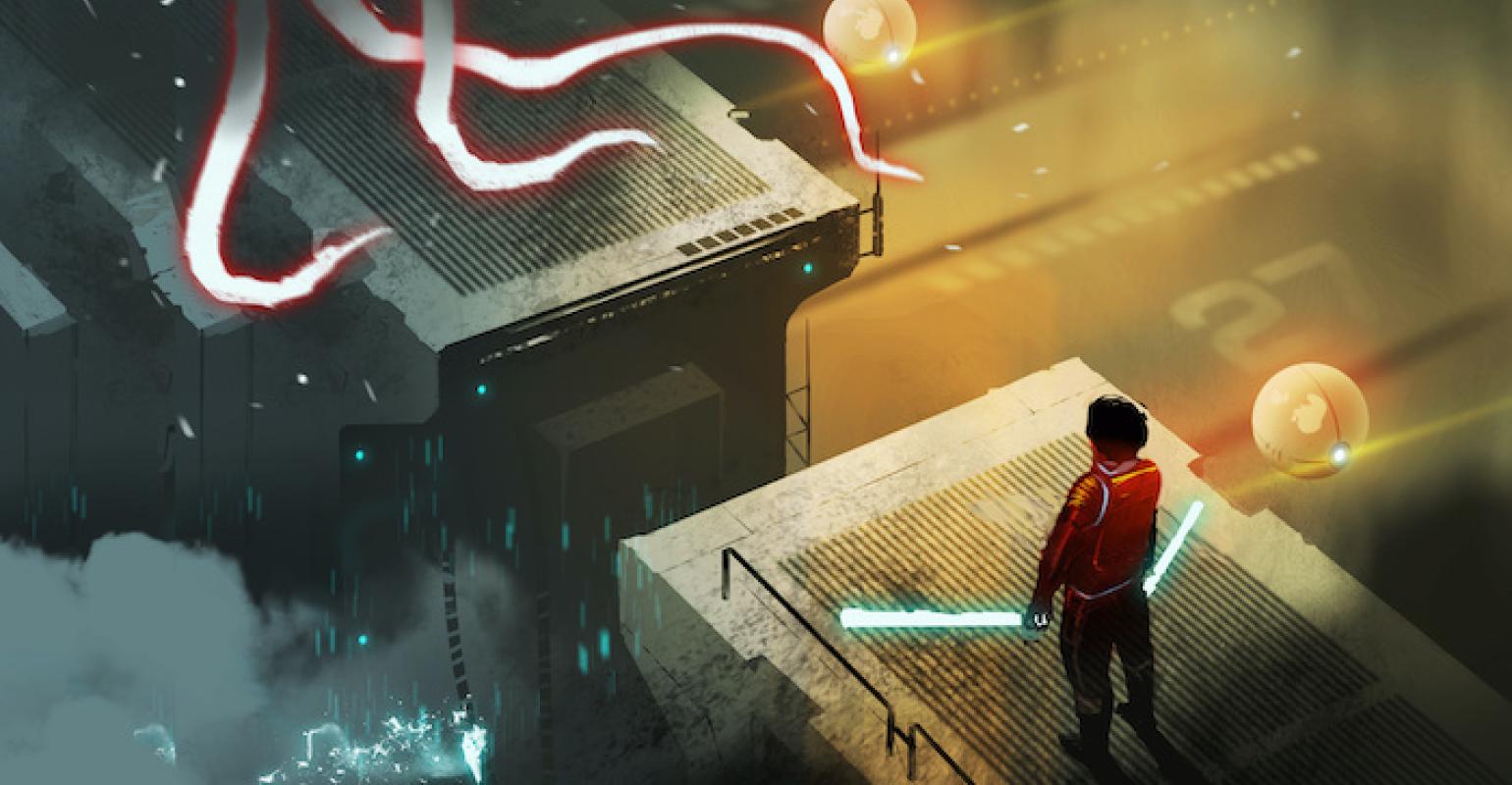 With the right type of light source, even a padawan can defeat the dark side disease.

Now any do-it-yourself (DIY) techie can battle the COVID-19 dark side if they build the right type of UV light-side saber. It’s been known since the late 1800s that a specific band of ultraviolet light can kill microorganisms by damaging their DNA or RNA. That certain type of UV light is known as UVC, which has a much shorter and my energetic wavelength than the more common UVA and UVB light found abundantly in sunlight. The Earth’s ozone layer filters out most of the more harmful UVC in the atmosphere before it can reach the planet’s surface.

Artificially produced UVC has a long history of use in sterilizing medical equipment and surfaces in hospitals.  The radiation is also used to help sanitize drinking water in municipal water treatment centers as some parasites are resistant to chemical disinfectants such as chlorine.

The CDC confirms that ultraviolet germicidal irradiation has shown the most promise as a potential methods to decontaminate disposable filtering facepiece respirators (FFRs), like N95 masks. CDC researchers suggest applying dosages of 1,000 - 3,000 mJ/cm2 to ensure 99.9% deactivation, in accordance with the current CDC disinfection goals.

If a DIY lightsaber is to win the battle to kill (or rather deactivate ) COVID-19 germs on surfaces, it must use a sufficient UVC light source. Chris Hicks from Hackaday.IO found this cool blue project for building just such a germicidal lightsaber. The parts list is provided on Amazon. According to Chris:

“No soldering is required! All the wiring is color coded. This is as easy as it gets. This parts list even includes the stick to mount the parts to. I've also included a bulb mount for tip Single packs are fine for parts too. Metal foil tape optional. Aluminum foil will work as well. All wires you need come with this ballast. Give it a shot. Then go get some microbes.”

A word of caution: Most UVC disinfection devices use a specific fluorescent-light bulb, which are readily available and often have the word “germicidal” in the name. Aside from the special light source, the rest of the support hardware includes ballasts, wiring and controls similar to any other fluorescent light fixtures.

Oh, and be careful not to point the UVC lightsaber at other living creatures. Only shine its DNA and RNA destroying radiation on the COVID-19 bad guy germs!

If you’re looking to make a COVID-19 fighting lightsaber that uses a battery instead of a power cord, then consider using UVC Blue LEDs instead of fluorescent UVC light.

Instructables user vishalapr has shared plans for making just such a lightsaber. The project is simplicity itself in terms of materials:

As with UVC fluorescent light bulbs, UVC LEDs are also readily available. But don’t be confused: ordinary LEDs for general-purpose illumination do not generate UV light. In particular, blue LEDs have typically ~450 nm, with a width of about 20 nm. They do not emit UV, which has to be below 400 nm. According to the International Ultraviolet Association: “The portion of the UV spectrum (the ‘germicidal’ region) that is important for the disinfection of water and air is the range that is absorbed by DNA (RNA in some viruses). This germicidal range is approximately 200-300nm.”

Aside from energy efficiency and smaller size compared to fluorescent lights, UVC LED’s have the additional benefit of being more environmentally friendly as they do not contain harmful mercury, and do not produce ozone.

Once again: Be careful using UVC light. Humans and other living creatures can be seriously harmed from UV Type C radiation. If you build these or any projects using UVC fluorescent or LEDs, please seek the advice from other’s technically competent in the use of this kind of technology.