Do you remember where you were when the Space Shuttle Challenger blew up? Those of us working in the engineering profession will probably have no trouble remembering their exact location. But for younger generations, it may be difficult. Regardless of what you remember, it’s important to recall the facts of this most terrible episode in modern US space history.

Those who wish to witness the terrible video footage of the actual shuttle explosion can view it here. But an equally important video to watch would be Feynman’s demonstration showing that the explosion of the space shuttle Challenger was most probably the result of the failure of the rubber O-rings which were used to seal the four sections of the booster rockets. The below-freezing temperatures prior to launch contributed to the failure by making the rubber brittle.

Before his famous experiment on national TV, it had been explained to the general public that O-rings were made of rubber so that they could expand and seal specific parts of the rockets. The shuttle design engineers had cautioned the launch officials of the specific temperature ranges under which the O-rings would expand as desired. Feynman’s demonstration reminded everyone that there were “out-of-bound” conditions where the seals wouldn't expand, which ultimately caused the crash. The beauty of this demonstration was that the conditions were so simple that he could recreate them with iced water and a pressure clamp. After the commission’s report, the O-rings were re-engineered so that particular failure would not happen on future flights.

Just prior to Feynman’s demonstration, various experts were testifying in vague and misleading language. Feynman’s demo in its simplicity and elegance made his point right then and there before the commission and the TV audience. He concluded his experiment by modestly saying, “I believe this has some significance to our problem.” (Image Source: Caltech Archives) 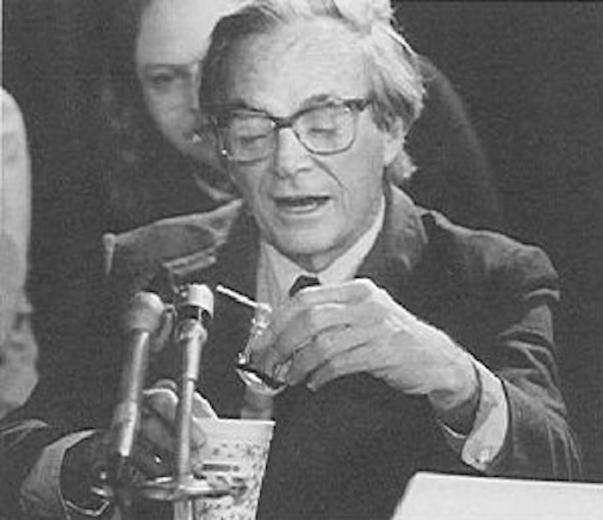