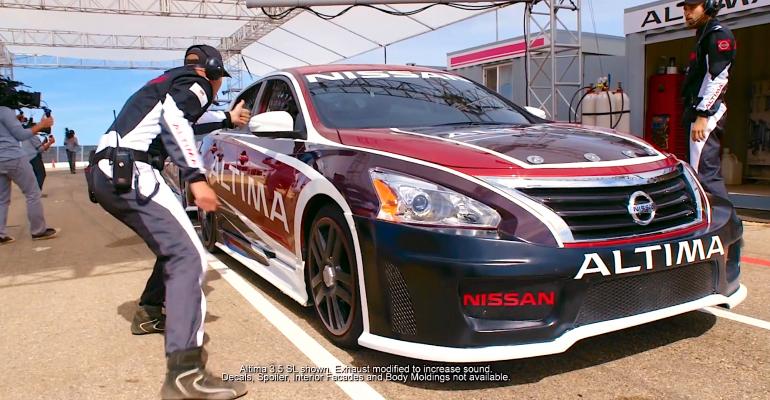 Nissan turned ordinary Altima family sedans into pretend racecars and hauled guests around a racetrack to demonstrate the cars' capabilities.

Too many pranks involve an unpleasant surprise, so it is good to remember the time in 2014 when Nissan pranked unsuspecting consumers with rides in race cars that turned out to be totally stock production Altima sedans that anyone can buy.

The setup involved an invitation to consumers to come to Willow Springs International Raceway in California for Nissan’s “Ride of Your Life” promotional campaign. The promise was a ride in Nissan’s “most advanced” racecars.

Guests arrived to find eight cars prepped in suitable-looking stripes and aerodynamic bodywork. A successful confidence game requires an appropriate setup to prepare the victim for the deception, so Nissan staged the event to have guests warm up by driving racing simulators themselves while the pro drivers circulated on the track in the Altimas.

The goal of this stunt, according to Steve Rice, vice president, and creative director for Zimmerman Advertising, the shop that conceived of the Nissan spot, was “to take everyday people, tell them that it's a racecar, let them feel the power of the car, feel the handling, imagine themselves behind the wheel and then strip the artifice off.”

The cars were built with add-on ground effects bodywork, a rear spoiler, and racing-spec window nets. Inside, the team installed racing seat belts, a fake competition dashboard made of sheet metal, plus a fake gauge panel powered by the dashboard 12-volt accessory plug.

The cars even retained their stock wheels and tires to preserve genuine showroom-standard performance. Of course, such wheels don’t look the part of race equipment, so more deception was required. To create the appearance of large-diameter wheels with low-profile racing tires, the crew attached larger-diameter hubcaps using plastic tie wraps. 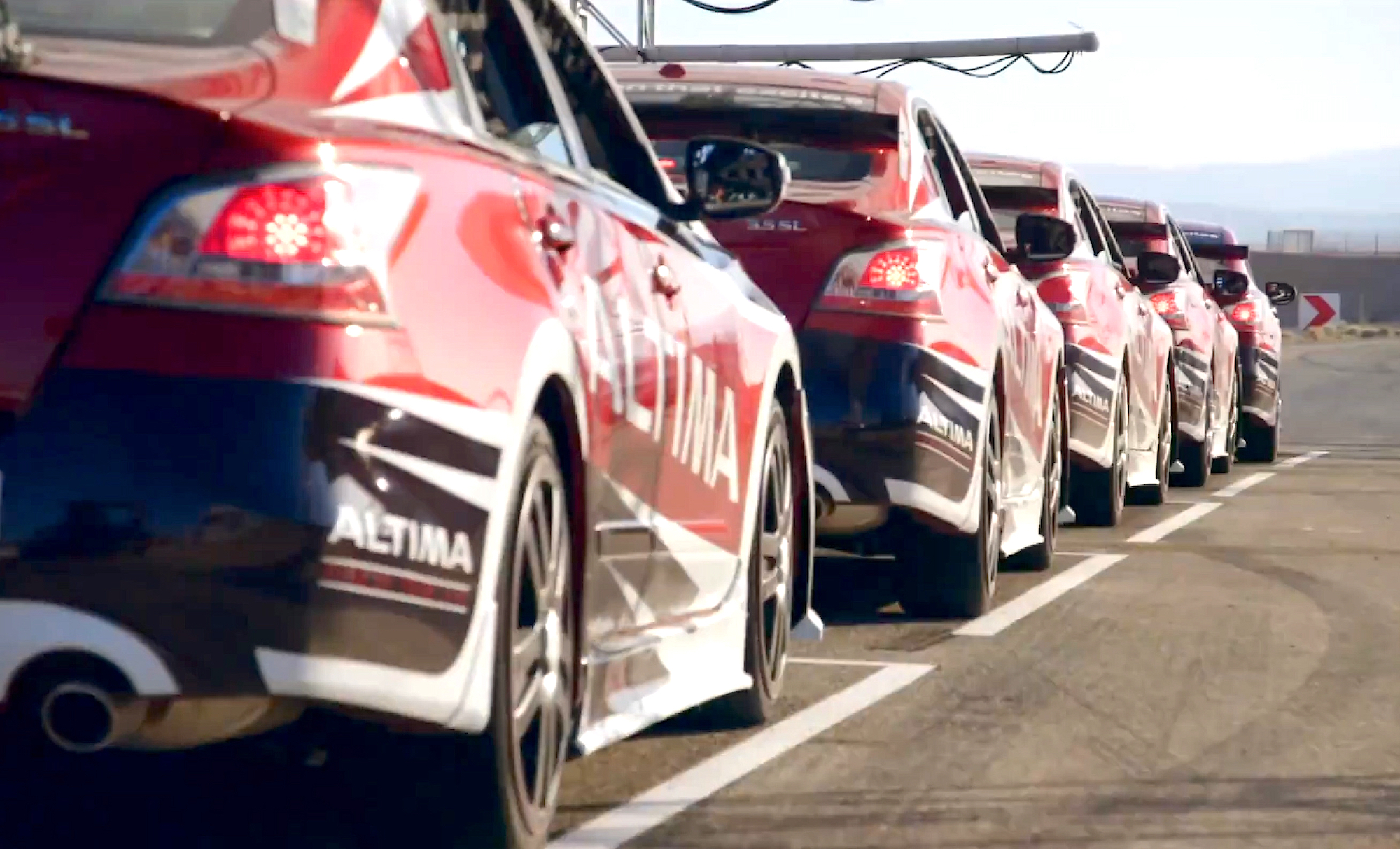 The add-on bodywork mounted with racing-style quick-release Dzus fasteners and the fake interior panels attached with Velcro fastening tape. They glued on non-functional hood latches and wrapped the cars in vinyl graphics.

Of course, race cars are louder than street cars, so the team punched a hole in each car’s muffler and installed a sliding metal cover that could seal the hole back up after the prank was revealed.

Page Buckner, art director for action films such as The Amazing Spider Man, Iron Man 2, and the Transformers franchise, prepped the fake race cars, a process that took about two weeks.  The goal was to be able to return the cars to stock form, removing all the add-ons, in less than five minutes. Ultimately they could do it in less than two. 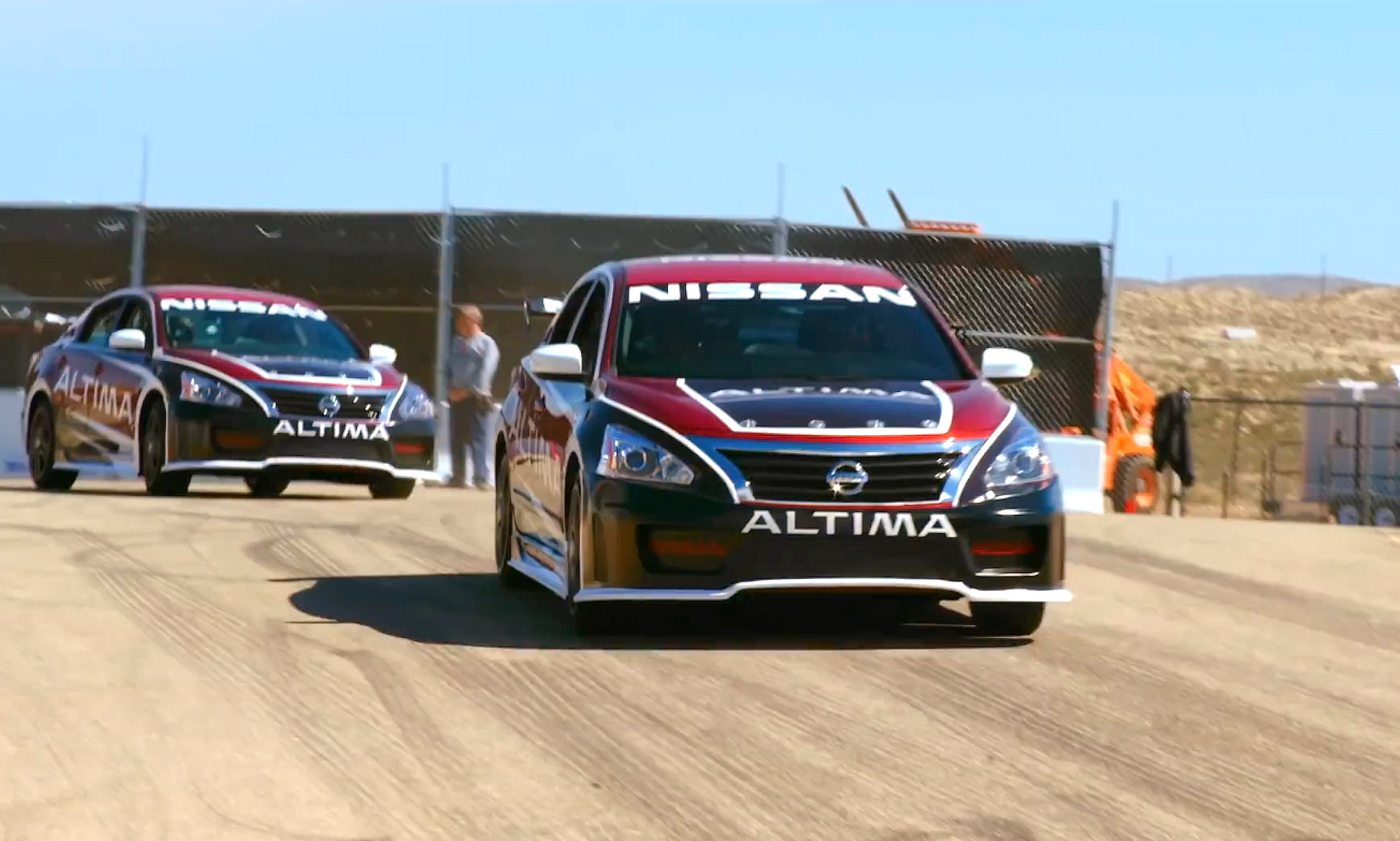 Still, any careful observer could have seen through the ruse, so Nissan worked to distract guests from noticing the clues.

“We were inspired by theme parks, where you see a video presentation while waiting for the ride,” said Mike Disser, Nissan marketing manager. “By the time you are in that ride, you believe you are going for a ride to the moon.”

The team told guests that the race team was doing important testing, and they could hear the holed-muffler cars circling the track during the presentation and while they practiced on the simulators. Finally, the crew told guests that the race team could spare a brief break in their testing activities to provide the rides, ushering them to the pit lane just as the “race” machines entered. 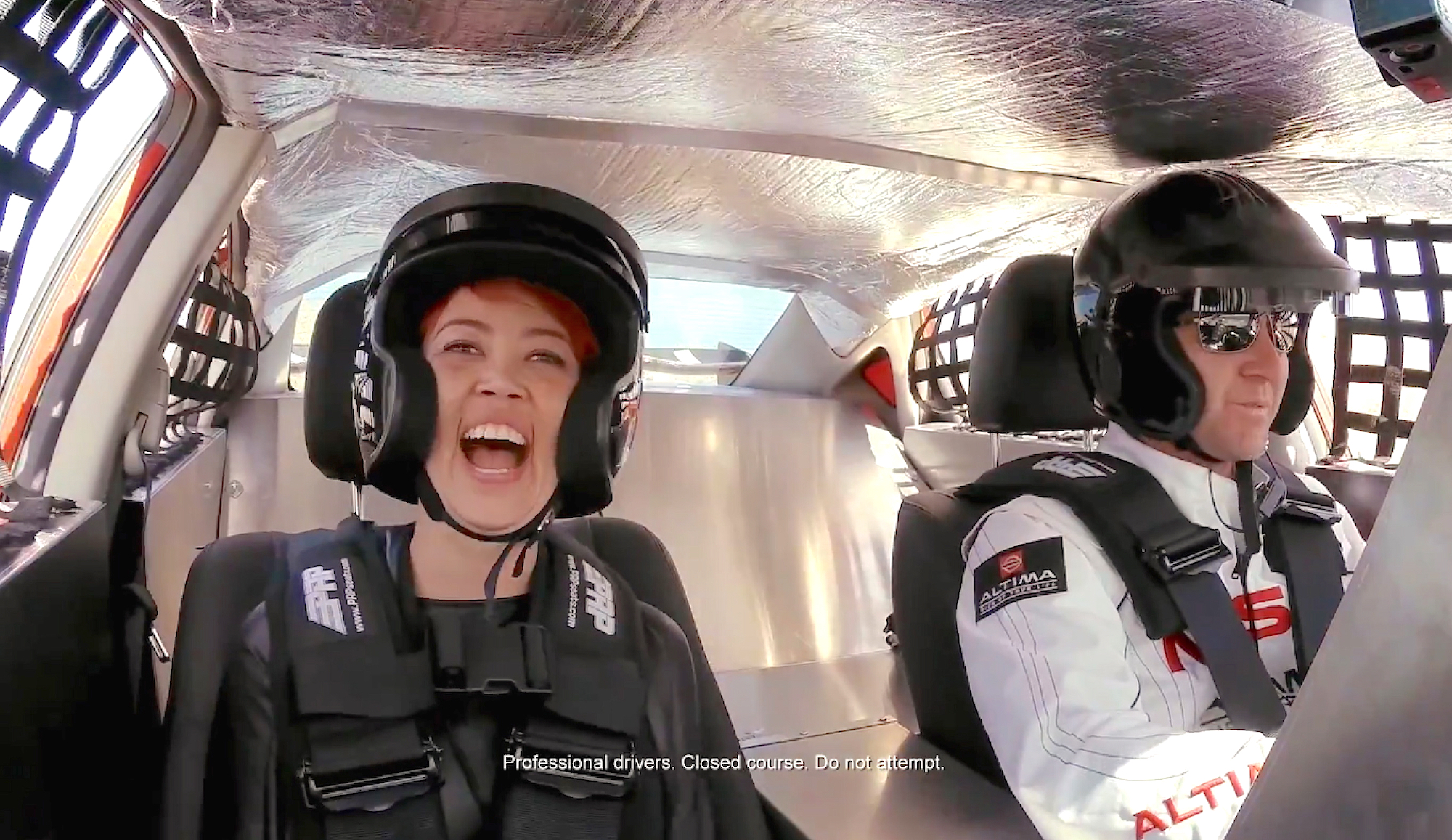 As Disser recalled, the weather was dry, the cars were blazing hot inside and reeked of hot brakes pads and burned rubber. Drivers shifted the automatic transmissions into neutral and revved their Altimas’ engines to create the appearance of a manual transmission.

The deception worked, with the passengers thrilling to on-track rides in what were actually showroom-spec family sedans. “Some of the people were scared, but when we asked if they wanted to go again, they were excited to go,” said Disser.

That excitement turned to disbelief as the crew stripped the disguise from one of the cars to reveal the prank. But surely there was some excitement too, at the realization that the prank meant that the guests could buy the very same cars at their local Nissan dealer. 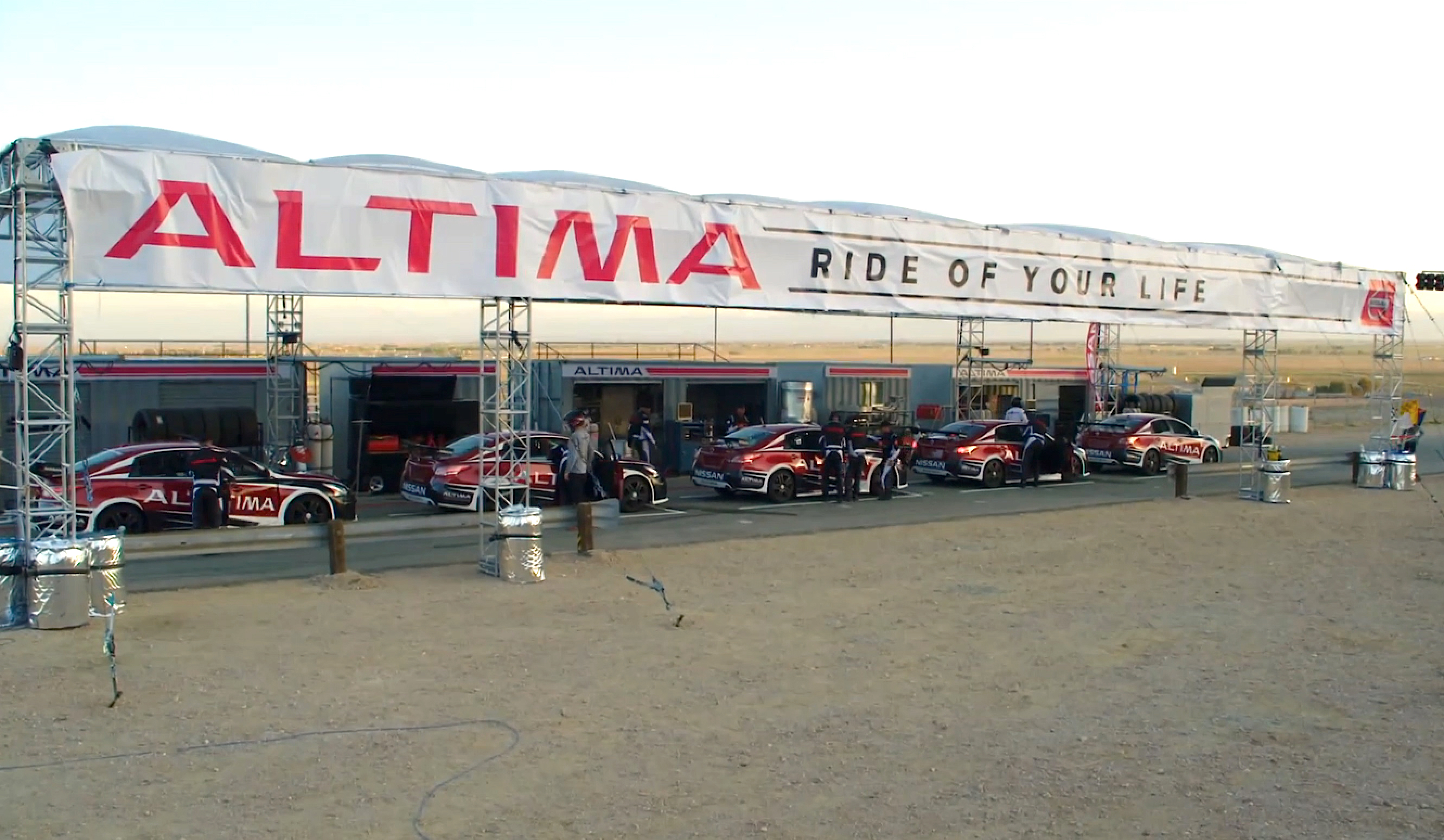