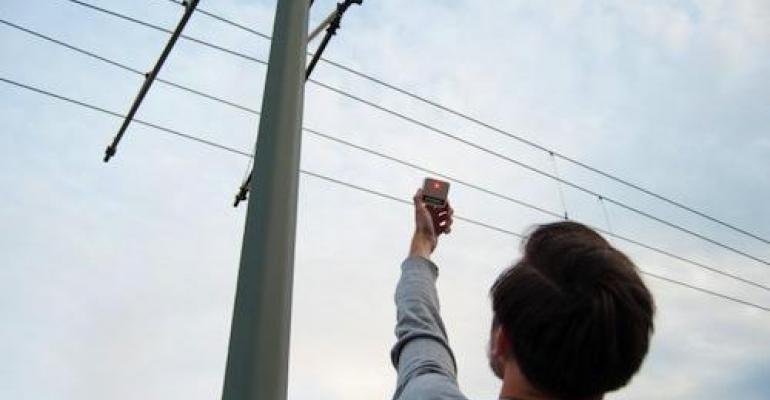 A German student has designed an energy harvester that derives energy from electromagnetic fields in the air to recharge small batteries and appliances. Dennis Siegel, who is studying digital media at the University of the Arts in Bremen, Germany, outlines the design of the harvester on his website.

As he explains it:

The omnipresence of electromagnetic fields is implied just by simple current flow. We are surrounded by electromagnetic fields, which we are producing for information transfer or as a byproduct. Many of those fields are very capacitive and can be harvested with coils and high frequency diodes. 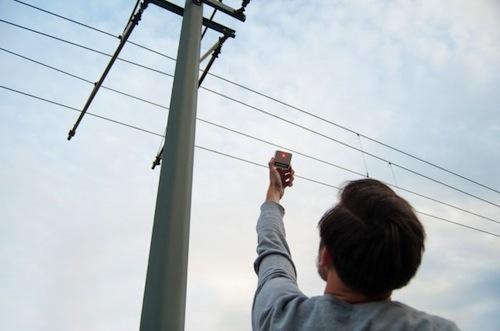 To take advantage of this capability, Siegel built harvesting devices that can tap into several electromagnetic fields and harvest energy, which is then stored in a typical battery. As he continues on his website:

So you can for example gain redundant energy from the power supply of a coffee machine, a cell phone, or an overhead wire by holding the harvester directly into the electromagnetic field whose strength is indicated by a LED on the top of the harvester.

With the energy harvested, it's possible to charge a small battery in just a day depending on the size of the electromagnetic field. "The system is meant to be an option for granting access to already existing but unheeded energy sources," Siegel writes. "By exploring these sources it can create a new awareness of the invisible electromagnetic spaces while giving them a spatial dimension."

If you think about it, Siegel's concept is not such a complex one. Electronic devices, even when switched off, emit electricity if they're plugged in, as do any other devices that use electricity to run.

Indeed, his website features photos of people holding up the device in various places where ambient energy would be present, such as in close proximity to a coffee machine, a power line, and someone speaking on a mobile device.

Siegel describes two types of harvesters that can be developed -- a small one for lower frequencies below 100Hz that are found in general mains (50/60Hz, 16,7Hz), and a bigger one that can be used to harvest energy from both lower and higher frequencies, like radio broadcast (~100MHz), GSM (900/1800MHz), or Bluetooth and WLAN (2,4GHz).

Energy harvesting is emerging as one way to provide alternative energy for small, battery-powered devices. Options for harvesting are being explored for medical devices, small home appliances like smoke alarms, and a number of other applications.