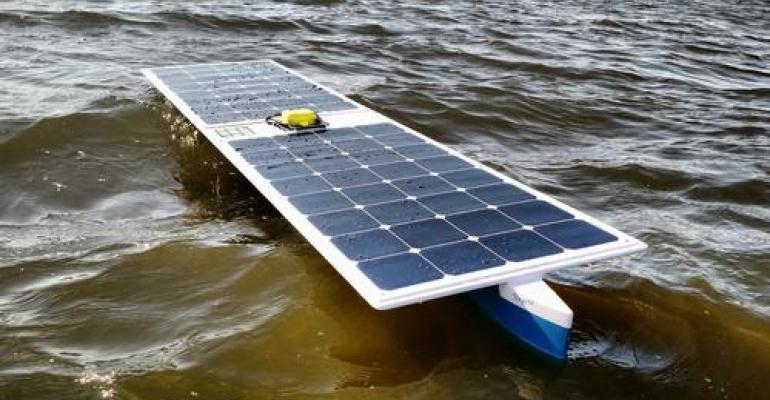 An autonomous seacraft has become the first unmanned surface vehicle (USV) to successfully cross the Pacific Ocean -- from California to Hawaii -- solely on solar power.

The aptly named SeaCharger -- the brainchild of a group of hobbyists in California who put the craft together in a garage -- traveled a total distance of 2,413 miles and spent 41.4 days at sea. It traveled at an average speed of 2.43 mph and made 58.3 miles per day, crossing from Half Moon Bay, Calif., to Mahukona, Hawaii.

The team of four -- Damon McMillan, JT Zemp, Troy Arbuckle, and Matt Stowell -- said they were inspired to build the craft for the Microtransat Challenge, an autonomous boat race, and decided to make it solar-powered when they realized others were largely relying on wind power for their crafts. 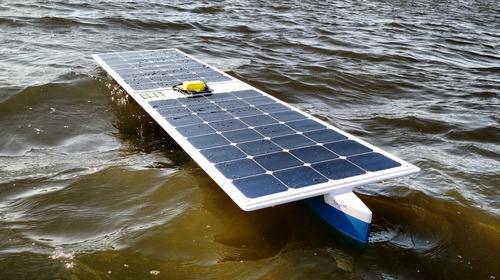 "Like many others, we wanted to be the first to send a robotic sailboat across an ocean," they said on the SeaCharger website. "Then, shortly after we started working on that, we saw that not many people were trying to do it with solar power, so we switched from sail power to solar power."

The team said they kept the design of the SeaCharger simple, with only navigational sensors and solar panels on top to help the craft complete its journey. They were able to communicate with the craft via a two-way satellite modem, with the vessel sending a message about every two hours with information about its position, battery voltage, current, heading, pitch and roll angles, and other relevant information for the team.

To navigate its way across the Pacific, the boat had two different navigational modes that the team can change via satellite communication at any time, they said. The first navigational mode used tracking via a set of waypoints, or specific places, with the team programing the SeaCharger a set of 10 waypoints to follow before launching it so that it would follow this course. The other navigational mode allowed the boat to track a certain heading, or, in other words, point its nose in a certain direction.

Other than this functionality for navigational control, the vessel's inventors relied on some luck and "the fact that the ocean is a very large place" to ensure the craft didn't collide with any other vessels along the way, they said.

Now that the team has proven its mission, it said it has no further plans for the SeaCharger. But the craft's creation shows further how solar power can be used as an alternative form of energy in various scenarios.