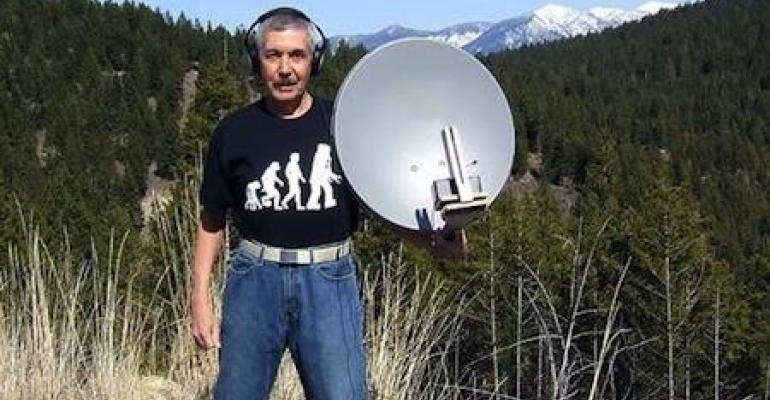 This Gadget Freak review looks at a simple device that can seal gunshot wounds quickly, an open-source construction set that uses straws and cardboard to build shapes and objects, and an electronic safe that is built into a wall. We will also look at a vintage Gadget Freak that features a sonic telescope that uses a MEMS microphone, so you can hear what you are viewing. 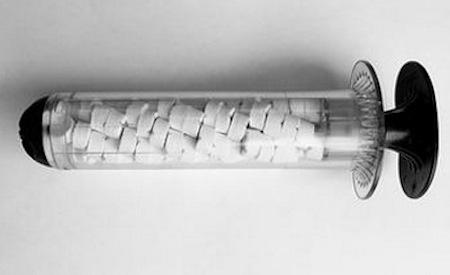 The XStat dressing, which is currently under development, uses mini-sponges that will expand when they contact blood. This results in "a nearly immediate hemostatic effect without manual compression." The mini sponges are made of standard medical sponge material, coated with a hemostatic agent, and compressed. They are stored in a 30 mm or 12 mm lightweight applicator and contain a radiopaque marker for X-ray detection.

RevMedx says on its site that it is "working closely with Special Operations Forces medics" to develop the dressing "capable of stopping high-flow arterial bleeding from non-compressible wounds." RevMedx is also incorporating the self-expanding sponge technology into dressings to treat other types of wounds. 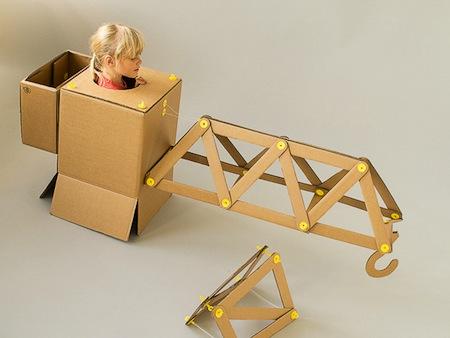 The Strawbees construction-based kit lets you connect straws to create shapes and objects. These trial-and-error construction sets act as a pivot point and a connector to join straws. To make large-scale mechanical models using cardboard, you can punch a hole in the cardboard to connect up to two layers.

The toys, made of polypropylene plastic sheets, can be hacked so you can modify the connectors with a pair of scissors. They can be reused, and virtually anyone can use them -- from preschool to those in higher education.

Creatables, the group behind this project, says on its Kickstarter page that it has conducted "test runs at five schools here in Sweden and more than five science centers around the world to make sure it works." The Kickstarter campaign has already reached triple its funding goal, and Creatables anticipates shipping the kits in April. 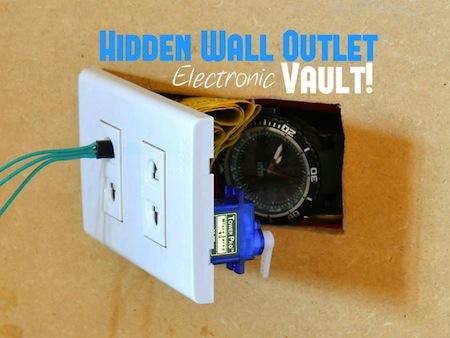 Here is a place you can store your valuables with no one ever knowing -- a hidden wall outlet safe. Not only is it hidden, but it is also electronic and requires a digital key.

An Instructables user, ASCAS, created the safe in a dummy wall outlet with an Arduino UNO with a USB cable and mini servo. To open the outlet, you plug a DIY three-pin cable from your vault to your Arduino and then connect your Arduino board to your PC via USB. The only way the lock can be opened is by connecting the Arduino to the servo's pins -- located in the outlet.

One of our own Gadget Freaks created a power lock with a secret code for his workbench. William Grill had a workbench covered with electronic gadgets and power tools, and he wanted to avoid the possibility of a curious grandkid messing with the enticing toys. His power lock requires a secret code to be entered before the power can go to the plug. 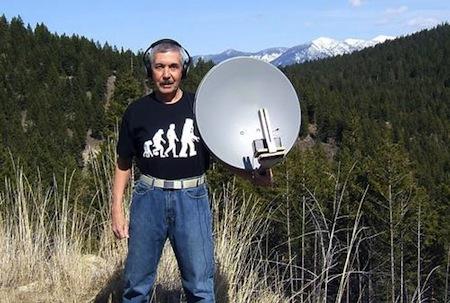 One of the problems with wildlife video photography is that you can get close to the animal with a telescopic video lens, but what about the sound? It's still far, far away.

Jerald Cogswell came up with a solution. He created a sonic telescope to grab sound and bring it as close to the user as the visual image. Biologists can also use this MEMS microphone to listen to insects and burrowing animals. The microphone can take the sound and match it to the proximity of the image.