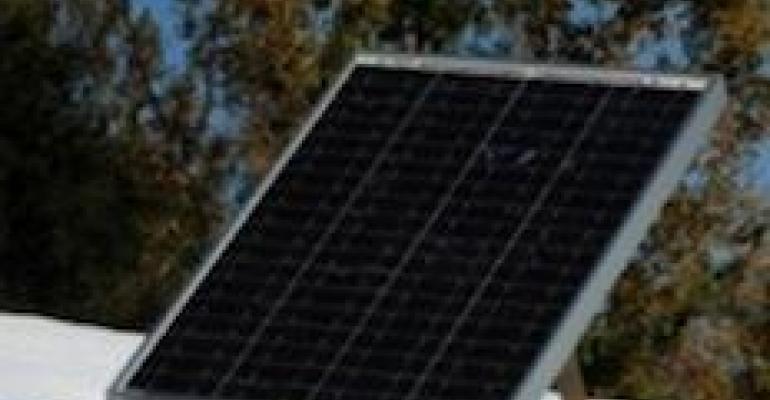 Colorado State University students Zachary Lund, Jake Butynski, Allison Steinauer, and Tessa Alford have created "One Shot Two Shot, Red Shot Blue Shot" -- a Dr. Seuss themed target game where the objective is to get the most points with six shots from the gun. Each game, a new, random, pattern will begin that will turn on the targets. If you hit a target while it is active, you will receive points, which will vary depending on the target that was struck. Targets in the back are worth more than targets in the front. The gun contains six shots, and after the six shots have been fired, the game is over.

The gun was created by modifying an existing high-powered electric staple gun and houses a solenoid, stepper motor, six LEDs, the trigger, a barrel reset switch, six darts, and an infrared proximity sensor. When the game starts, the stepper motor rotates the barrel until it depresses a switch that indicates it is in the start position. The barrel automatically rotates 60 degrees to align with the next dart. When the gun is to be fired, the Arduino UNO microcontroller activates a relay, which then provides power to the lead wires connected to the driver circuit, which energizes the solenoid. The barrel of the gun is a single 3D-printed component made of ABS material. LEDs are mounted on top of the gun to notify the user of how many shots are remaining.

We used one Arduino UNO, one Arduino MEGA, and two 16F88 PICs as the microcontrollers in this project. The Arduino UNO controls all of the functions of the gun and the Arduino MEGA runs the core program of the console, which includes controlling the LEDs on targets, the LCD screen, the speakers, and receiving score signals. 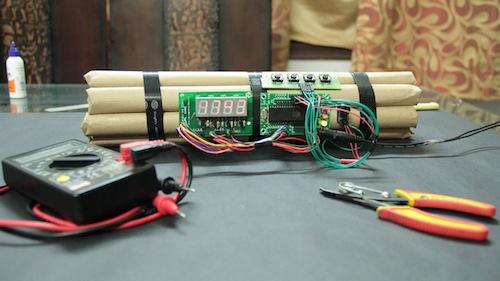 Check out the Best of Gadget Freak -- Volume 2 Technology Roundup to see some of the best gadgets that your peers have created.