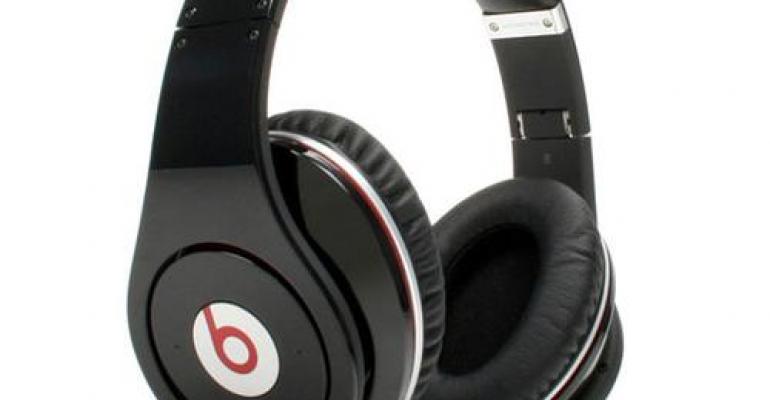 Since first rolling out in 2008, Beats by Dre headphones have become to headphones what the Air Jordan is to shoes. 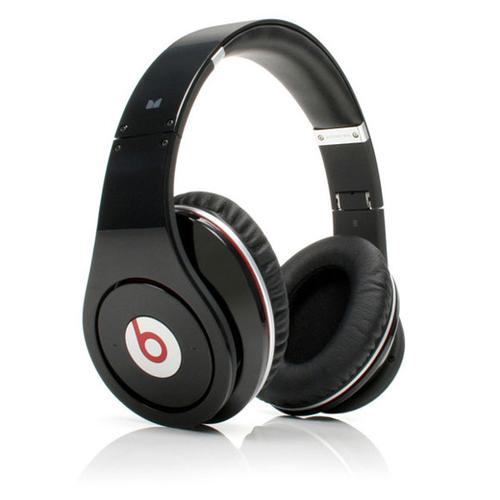 But here's the thing. While the fashion-conscious public is all over these things, the general consensus among the tech-savvy is that they just aren't that good. Reviews as to the actual sound quality vary, but everyone agrees that the headphones are grossly overpriced given the technology they offer. Depending on the model you want, a pair of the flagship headphones will run you anywhere from $199 to $599.

There's even a sense that people think hip hop producer Andre "Dr. Dre" Young actually created and built the headphones. That honor actually goes to Noel Lee, the CEO of Monster -- a high-end audio cable company, who is currently involved in a lawsuit with Dr. Dre and Jimmy Iovine, chairman of Interscope records, over his share of the $3 billion that Apple paid to acquire the headphones last year.

So how does a pair of not-so-great headphones create a billion-dollar enterprise? A product teardown on Medium.com dug into the guts of the Beats by Dre headphones and revealed the product is even more cheaply made than some originally thought.

Popularity aside, what's really fascinating about the headphones is that they sit at a intersection where clever design and engineering shortcuts meet slick marketing.

Here's the most surprising thing about the teardown: There are parts of Beats by Dre headphones that don't even do anything! Recognizing that consumers associate the weight of an electronic product with quality, the manufacturer has deliberately added four metal parts (two are cast zinc) solely for the purpose of making the headphones heavier. In fact, these four pieces alone contribute to 30% of the headphone's weight, according to the teardown.

As the author writes:

"The brilliant thing here is that the two large metal parts are not mirror images of each other -- they are actually the same part! This means that only one tool would need to be made to produce both parts, which saves money in tool design and number of tools. It also makes the headphones easier to assemble, since there are fewer unique parts."

The manufacturer also cut costs by making nearly every part out of injection-molded plastic and then gluing everything together rather than using screws.

True to the suspicions of audiophiles, the teardown finds that the audio drivers inside of Beats headphones are just generic -- and likely not doing as much for the bass and sound quality as the marketing department would have you believe. The audio components don't even have the highest tooling costs of all the headphone's parts. That distinction goes to the headband.

The author even does a cost of goods sold (COGS) estimate on the headphones. Want to take a guess at how much Beats by Dre are estimated to cost? 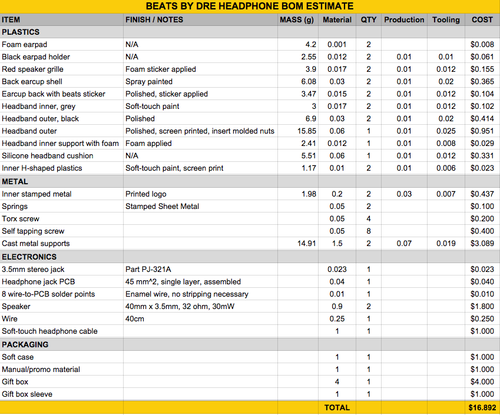 That's right, minus labor and shipping, Beats is selling its headphones at an over 1000% markup. Just goes to show you how much weight a celebrity name can carry for a product.

Are you impressed by Beats' engineering tricks? Let us know in the comments section below.

How It’s Made Series: Beats By Dre | Medium.com