An Introduction to Chain of Trust in Embedded Applications 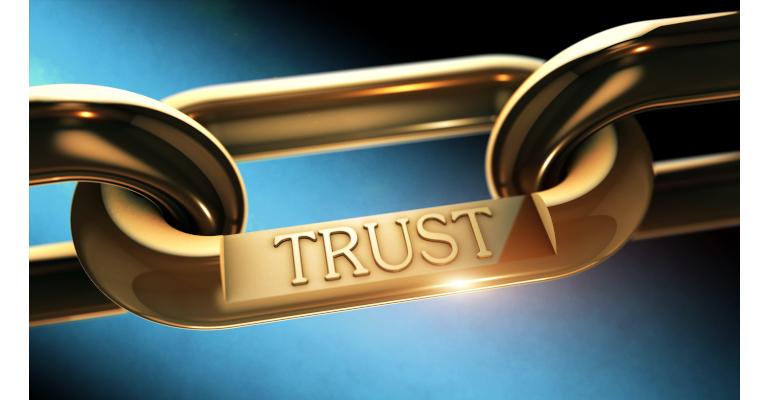 What is a Chain of Trust?

A chain of trust is a sequence of authentication and integrity checks that ensures only approved software runs on the system—for an embedded system, developing a chain of trust requires that developers boot their system in stages. Each stage uses cryptographic keys, certificates, and hashes to verify that the following software components loaded have not been modified (integrity) and that they come from the developers (authentication).

Embedded software developers working on application processors that run Linux have had a multistage boot process for years. However, developers working with microcontrollers, real-time operating systems, or bare-metal systems might find this quite different initially. In general, developing a chain of trust looks something like the figure below:

The Root of Trust (RoT)

Every system must have an anchor that forms the foundation for trust. That anchor is then used to validate every piece of software loaded on the system. A Root of Trust is an immutable process or identity used as the first entity in a trust chain. A good Root of Trust leverages hardware to build the trust anchor. For example, cryptographic PUFs are software algorithms that generate secure key pairs from a microcontroller's RAM.

In general, a Root of Trust is the collection of keys and certificates that validates the software running on a system is intact and authenticated. A Root of Trust will also usually provide the system with secure services such as secure storage, attestation, and application partitions.

Second, bootloaders are also used to update the secure and user application code. When software is updated, the bootloader retrieves the new version, stores it, and then authenticates and validates it. For example, the bootloader will perform a firmware update if the new application is from the company and valid.

Secure applications are code that runs on the system in a secure execution environment. For example, an application might have cryptographic algorithms that run to encrypt data. A developer would not want those algorithms to be exposed to any old function within the application. So instead, there is a secure execution environment that is hardware isolated from other user application code. Hardware isolation is a critical design element in designing secure embedded systems.

Security has become essential to a wide variety of embedded systems. In most cases, companies can no longer ignore the need for security in their devices. While security can seem daunting at first, there are a wide variety of tools and examples available that developers can leverage to secure their embedded systems. A key component to each secure system is establishing a chain of trust that leverages a root of trust, a secure bootloader, and breaks the application into secure and non-secure execution spaces.