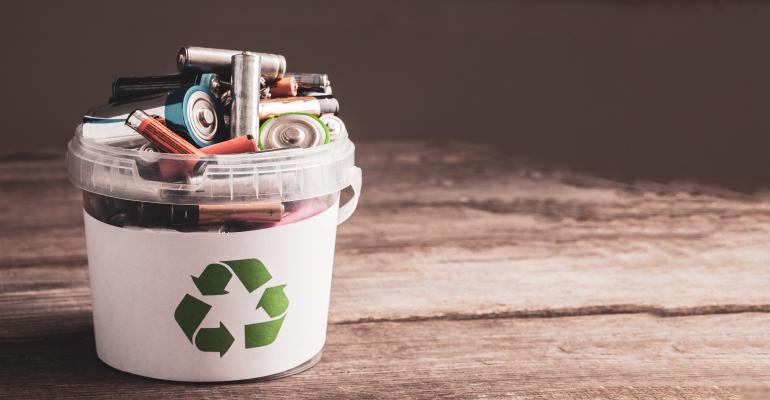 The device and nanocomposites used within it pave the way for more environmentally friendly components in future designs.

Waste from the numerous electronic devices that have become ubiquitous in our lives is also becoming a significant environmental problem. This is in part because small electronics, like smartwatches and fitness trackers, can’t easily be recycled, so these devices end up as hazardous waste as soon as they become obsolete to users.

As one solution to this problem, researchers are working on electronic components comprised of new materials that are more environmentally friendly. One potential option comes from researchers from two Chinese universities--Tianjin University and Tsinghua University--who have developed a two-metal nanocomposite for circuits that disintegrates when submerged in water. 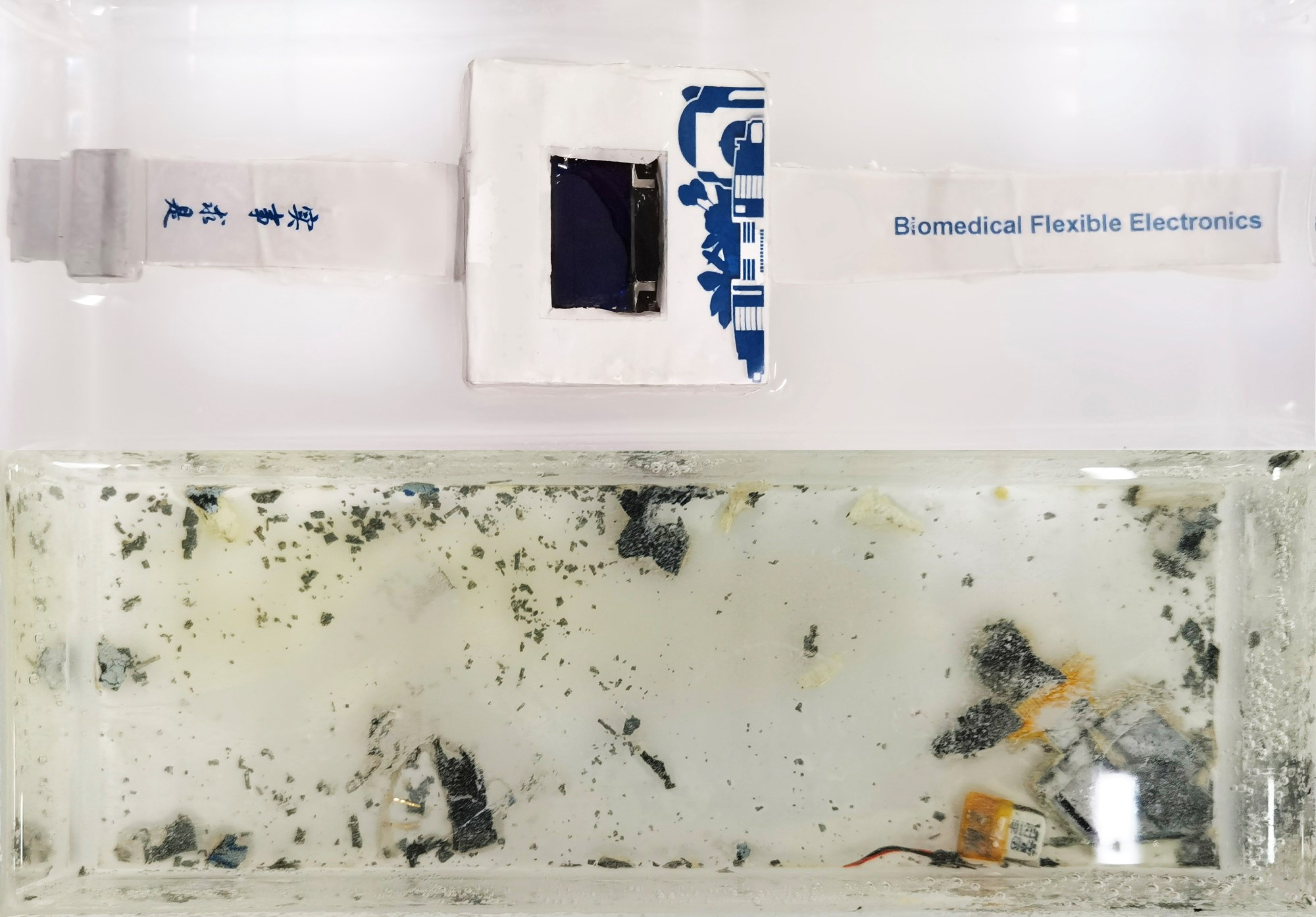 A prototype smartwatch developed by researchers in China was made with zinc-silver nanocomposite circuits inside a poly(vinyl alcohol) case (top) and can dissolve in water within 40 hours.

To demonstrate the circuits, researchers developed a prototype device in the form of a functional smartwatch that dissolved within 40 hours. This type of dissolvable device can solve the problem with current devices of this type, which contain toxic materials that make them difficult to break down for recycling, as well as become harmful once they are in a landfill, researchers said.

“High-performance transient devices may reshape the appearance of consumer electronics and reform the electronics recycling industry by reducing recycling costs and minimizing environmental pollution and health hazard,” they wrote in an abstract for a paper on their work in the journal ACS Applied Materials and Interfaces.

The work builds upon previous research by the team, led by Xian Huang, professor in the Department of Biomedical Engineering, Tianjin University. Researchers had already developed a zinc-based nanocomposite that dissolved in water and could be used to create temporary electronic circuits. However, this material wasn't conductive enough to be viable for consumer electronics.

For the new research, the team set out to improve the electrical properties of their dissolvable nanocomposite as well as create circuits that are robust enough to withstand the type of use associated with commercial electronic devices, they said.

To do this, researchers added silver nanowires to the zinc-based nanocomposite; this made it highly conductive. Then, they screen-printed the metallic solution onto pieces of poly(vinyl alcohol)—a polymer that degrades in water—and solidified the circuits by applying small droplets of water to cause chemical reactions and then evaporate.

“[We used a] joint effect of galvanic corrosion and redeposition … to develop bimetallic transient nanocomposites, which can be printed and water-sintered to yield high-performance transient PCB circuits with excellent electrical conductivity and mechanical robustness,” researchers reported in their paper.

This approach enabled the team to develop a smartwatch that included multiple nanocomposite-printed circuit boards inside a case comprised of a 3D-printed poly(vinyl alcohol), they said.

The smartwatch the team developed included several features that are fairly sophisticated considering it’s designed only to be used temporarily. The device included sensors that accurately measured a person's heart rate, blood oxygen levels, and step count, and also could send this information to a mobile app using a Bluetooth connection.

It was possible for someone to sweat while wearing the watch; however, once it was fully immersed in water, it took only about 40 hours for both the polymer case and circuits to dissolve completely. Only the watch’s components—including an organic light-emitting diode (OLED) screen, microcontroller, and resistors and capacitors that had been integrated into the circuits—remained.

Though much more work needs to be done to optimize the materials and the components developed in the research, it has the potential to one day be used to produce transient devices on par with commercial ones, researchers said.