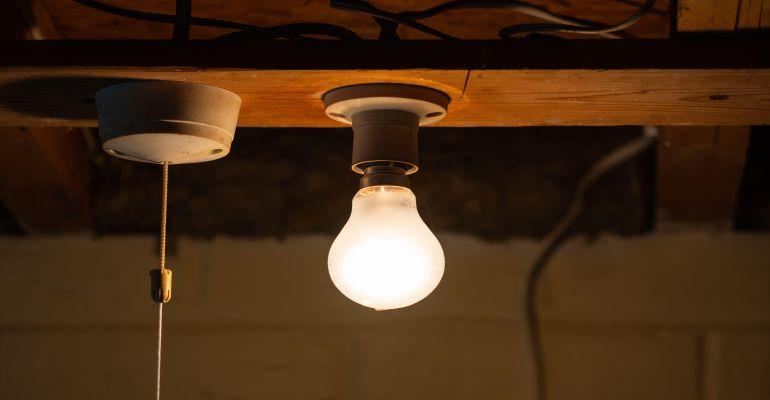 The incandescent light bulb as we know it has been around for over a century, dating back to inventor Thomas Edison patenting the first one back in 1879. While incandescent bulbs have over the decades been largely responsible for improving the quality of life for many citizens worldwide, their time is about to come to an end.

The U.S. Department of Energy recently announced it would impose a minimum lumen efficiency standard of 45 lumens per watt, as part of a revised definition for general service lamps. The regulations, part of the Biden Administration’s plans to conserve energy, will take effect within the next two months and begin a transition period where bulbs failing to meet the stringent standards would be phased out.

According to the Department of Energy, these moves are expected to help save consumers nearly $3 billion annually on their utility bills and substantially reduce carbon emissions, as the U.S. seeks to cut greenhouse gas emissions.

While there may be some nostalgia attached to the ubiquitous incandescent bulb, the technology has been losing its luster for years as far more efficient lighting choices such as fluorescent lamps and LED (light-emitting-diode) bulbs have become available. LED bulbs are a particularly efficient choice with a typical luminous efficiency of 72 lumens per watt and lifetimes estimated to be 25 times that of incandescent bulbs. LED bulbs have replaced incandescent bulbs and even fluorescents in many commercial and residential applications.

According to data from the International Energy Association, a global energy policy group, sales of incandescent bulbs amounted to less than 5% of global lighting sales in 2020. Meanwhile, global LED use now constitutes more than half of all global lighting sales and their share is likely to increase even further as production increases and prices, initially high, continue to drop. 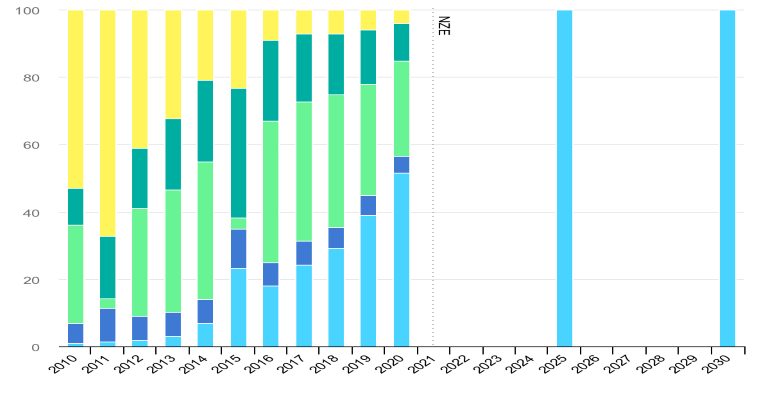 According to the IEA, incandescent light bulbs comprised under 5% of lighting sales in 2020.

For the U.S., the phase-out of incandescent lighting technologies has been envisioned for years.  Back in 2007, President George Bush signed off on laws giving the Department of Energy the authority to pursue energy-saving measures, which included the replacement of inefficient lighting technologies. However, much of the energy legislation pursued by the Bush and later Obama administrations was stalled under President Trump, whose administration rolled back numerous environmental measures.

President Biden has been restoring many of those environmental measures and is moving full steam ahead on developing and implementing energy-efficient infrastructure to reduce carbon dependence.

Phasing out incandescent and halogen bulbs will enable the U.S. to begin catching up with other countries. The European Union has banned the use of incandescent bulbs for about a decade, and countries such as China, Australia, and many smaller nations have largely banned incandescent bulbs in recent years.