HomeElectronicsEngineering Fundamentals: Is Moore’s Law the Wright One? Battery Tech Hopes So
Recent
Electronics
Q&A With IndyCar Gearbox Expert Anna Chatten
May 13, 2022
Intel Unveils Trust Authority to Boost Security
May 13, 2022
Supplier News Looks at Highly Customizable Industrial Monitors
May 12, 2022
Here Technologies Maps are Key to Mercedes Level 3 Automation
May 12, 2022
POLL
'We Built the Domino's Pizza Tracker for Manufacturing'
May 12, 2022
Break Your Bubble Gum Habit by Watching Its Production
May 12, 2022
This Patch Monitors All Your Vitals, Including Blood Pressure
May 12, 2022
First E-Skin to Anticipate, Perceive Touch from All Directions
May 12, 2022

Engineering Fundamentals: Is Moore’s Law the Wright One? Battery Tech Hopes So 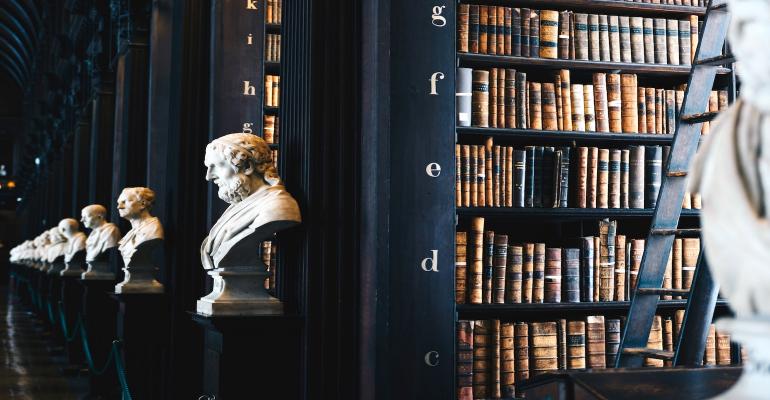 Will Moore’s Law yield to the Wright one for battery technology?

Scientific laws describe observed phenomena, like Newton’s Law of Gravity. Engineering “laws” tend to focus on design or manufacturing processes, such as Moore’s Law. Although this most famous of engineering laws is really a corollary to a more comprehensive principle (as we’ll see shortly), it is nevertheless so well known that non-semiconductor experts refer to it often in their predictions. For example, several technology advocates have lamented the lack of a Moore’s Law equivalent in the automotive battery space.

“There is a focus (in the battery market) on halving cost while doubling energy density in the next three years,” observed Michael Doyle, Corporate Fellow in Material Sciences in the Dassault Systemes Strategy and Research Team. The specific reference to doubling within a particular time frame mimics Gordon Moore’s famous design and manufacturing law predictions. But let’s see what is behind Doyle’s statement for trends in battery technology.

What drives this desire for the doubling of density every three years (as opposed to 18 months with semiconductor nodes)? Several issues explained Doyle. Cost is one driver. The reality is that $50,000 for a new car is not an everyman or mass-market solution. So, costs will have to come down, hence the halving prediction. Fortunately, a scale price reduction has been a common occurrence in the semiconductor and automotive sectors. Of course, these sectors are not mutually exclusive as automobiles are dependent upon semiconductors and related technologies.

Similarly, charging times will also need to come down. Consumers will not wait at a fueling station for 30 minutes or more to recharge their EVs. In addition, bigger batteries currently take even longer to charge.

Fortunately, the Tesla goal of 5-6X energy increases looks promising, cites Doyle.  Similarly, car OEMs are driving a 40% cost reduction per pack to promote profitability. There are multiple tipping points such as mass reduction in a pack that might drive aviation markets as well.

Moore’s Law in The Quantum World

Just as in the semiconductor and the automotive spaces, doubling performance in a mere matter of years or less is now the benchmark for quantum computers. Instead of Moore’s Law, quantum computing practitioners refer to their systems' quantum volume (QV).

QV is a measure of the increasing capability of quantum computers to solve complex, real-world problems. But how does an increase in QV relate to existing criteria such as semiconductor performance as dictated by Moore’s Law? Before answering that question, it’s necessary to understand what is meant by a Quantum Volume.

QV is a hardware-agnostic metric that IBM initially used to measure the performance of its quantum computers. This metric was needed since a classical computer’s transistor count, and a quantum computer’s quantum bit count isn’t the same. Qubits decohere, forgetting their assigned quantum information in less than a millisecond. To be commercially viable and useful, quantum computers must have a few low-error, highly connected, and scalable qubits to ensure a fault-tolerant and reliable system. That is why QV now serves as a benchmark for the progress being made by quantum computers to solve real-world problems.

In 1936, Theodore P. Wright wrote a paper entitled, ‘Factors affecting the costs of airplanes.” As it turns out, Moore's Law is a particular case of Wright’s Law. This law described technological evolution for dozens of industries, including the yet to be formed semiconductor electronics space.

A few years back, Santa Fe Institute (SFI) issued a working paper (Statistical Basis for Predicting Technological Progress, by Bela Nagy,  J. Doyne Farmer, Quan M. Bui, and Jessika E. Trancik)  that compared the performance of six technology-forecasting models with constant-dollar historical cost data for 62 different technologies. The dataset included specifications on hardware like transistors and DRAMs and products in energy, chemicals, and other categories during the periods when they were undergoing technological evolution. The datasets cover spans of nearly 40 years.

“It is not possible to quantify the performance of a technology with a single number,” noted the authors of the report. “A computer, for example, is characterized by speed, storage capacity, size, and cost, as well as other intangible characteristics such as aesthetics. One automobile may be faster while another is less expensive.”

To normalize the analysis, the author’s focused on a single variable: cost, specifically the inflation-adjusted price of one “unit.” For example, recasting Moore’s Law to translate computing power into unit cost morphed the familiar “computing power doubles every 18 months” into “transistor costs drop by 50 percent every 1.4 years.”

According to the report, Wright’s Law seems to be a slightly better predictor than Moore’s Law. When production increases exponentially, Moore’s and Wright’s Laws are very similar. However, Wright’s Law comes out ahead on the strength of its performance over more extended periods.

So, if production for battery technology is expanding exponentially – thanks to increasing electronic vehicle (EV) production – it may be time for automotive pundits to cite Wright’s Law instead of its semiconductor derivative, which may well be why Doyle mentioned the focus of doubling energy data over a 3-year span (instead of 18 months). The trend will be more apparent as more data is compiled and analyzed.