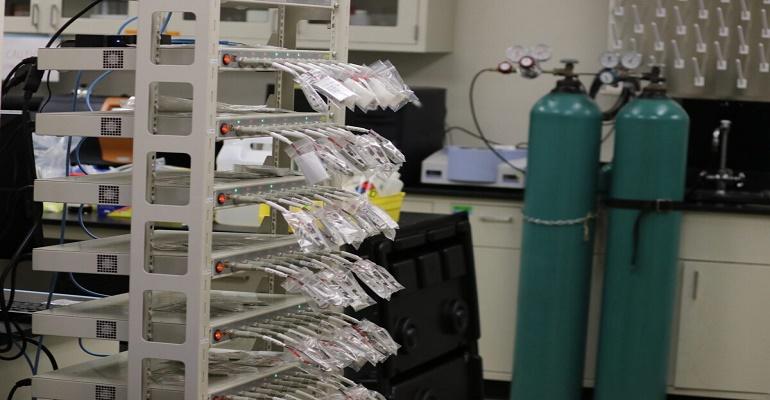 An international research team, co-led by The University of Texas (UT) at Austin, has discovered why certain materials can hold more electrical charge than they should, paving the way to building ultra-fast battery energy-storage systems.
Researchers now know why some metal oxides can hold more energy capacity than should be possible.

Researchers have solved a decades-old problem that has puzzled scientists for years and can be the key to creating small-form-factor, ultra-fast battery systems needed for future devices and electronic vehicles (EVs).

An international research team, co-led by The University of Texas (UT) at Austin, has discovered why a group of metal oxides eyed for new lithium-ion batteries can store significantly more energy than should be possible.

The discovery paves the way for developing smaller, more powerful batteries that can charge rapidly, devices currently needed to take everything from smartphones to EVs to the next level of design.

What the team discovered is that metal oxides possess unique ways to store energy beyond classic electrochemical storage mechanisms, researchers said. Their work included the identification of several types of metal compounds with up to three times the energy storage capability compared with materials commonly found in today’s commercially available lithium-ion batteries.

The research solves a material mystery that has “perplexed” scientists for nearly two decades, said Guihua Yu, an associate professor in the Walker Department of Mechanical Engineering at UT’s Cockrell School of Engineering and one of the leaders of the project.

“This work demonstrates the very first experimental evidence to show the extra charge is stored physically inside these materials via space charge storage mechanism,” he said in a press statement.

The UT team worked with researchers from MIT, the University of Waterloo in Canada, Shandong University of China, Qingdao University in China, and the Chinese Academy of Sciences to monitor the materials and observe them over time to reach their conclusions.

Researchers used a technique called situ magnetometry—a real-time magnetic monitoring method typically used by physicists—to investigate the evolution of a material’s internal electronic structure. The technique measures the charge capacity by variations in magnetism and can be used to study charge storage at a very small scale, Yu said.

“The most significant results were obtained from a technique commonly used by physicists but very rarely in the battery community,” he said in a press statement.

At the center of the discovery are transition-metal oxides, or compounds that include oxygen bonded with transition metals such as iron, nickel, and zinc.

What they found is that energy can be stored inside the metal oxides--as opposed to typical methods in which lithium ions move in and out of these materials or convert their crystal structures for energy storage. Researchers also showed that additional charge capacity also can be stored at the surface of iron nanoparticles formed during a series of conventional electrochemical processes.

A broad range of transition metals have the ability to demonstrate this extra capacity, all with a common ability—they can collect a high density of electrons.

Researchers published their work in a paper in the journal Nature Materials.

While it will take some time to fully optimize the materials for their intended purpose, the new findings should go a long way to show researchers how to unlock their potential for energy storage, Yu said.

An international research team, co-led by The University of Texas (UT) at Austin, has discovered why certain materials can hold more electrical charge than they should, paving the way to building ultra-fast battery energy-storage systems. (Image source: UT)