Creating the Ultimate Audio and Visual Experience at Concerts 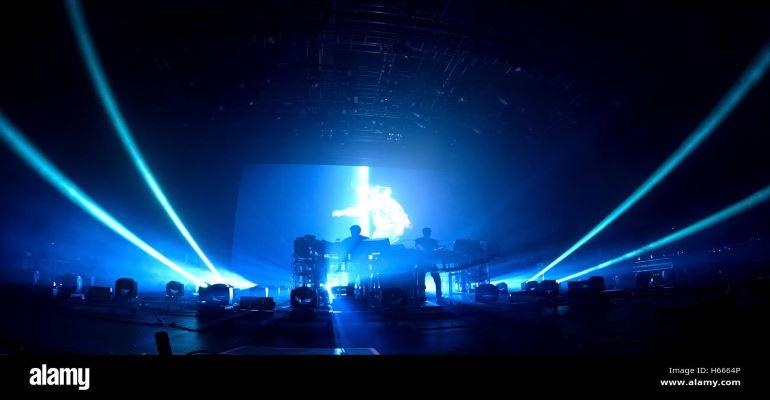 Concerts today are increasingly visual as well as audio experiences, with piercing sound teaming with stunning visual effects to create an immersive experience for the concertgoer. Marcus Lyall, one half of the team that produces visuals for the musical duo the Chemical Brothers, has been producing these experiences for concertgoers has been a long-time passion.

Lyall, interviewed during a session at the recent Arduino Week, teams with Adam Smith to turn audio tracks into immersive visual experiences. The musical duo has gained notoriety for their stunning video presentations, and Lyall and Smith have played a huge role in the Chemical Brothers’ long-time success.

Related: Can Plastic Bubbles Make it Safe to Go to Concerts Again?

The fascination with concert visuals dates as far back as the ‘70s with Lyall. “As a teenager, I used to help sponsor club events with a Super 8 projector and some slides.” Later, Lyall became part of the ‘90s craze with raves and has also worked in multimedia, video, and directing commercials.

Lyall said he was partially influenced by jazz artist Herbie Hancock in his work. “I was inspired by jazz and synthesizer music.”

The secret to generating visuals that amplify the music and create an immersive experience, Lyall said, was to start simple. “You use the smallest number of elements and make them as big and as exciting as possible. With concerts, the artwork is about our relationship with technology, how we use and how it uses us, the interplay.”

In one case, Lyall said a headset was used to monitor a participant’s brainwaves, with the music and lighting patterns reflecting the brainwave activity.

Technology advanced in audio and visual equipment have not only enabled Lyall to put on shows with flashier graphics, but also made the process a bit easier. “You used to have a bunch of objects that people had to move around. It was a very analog process. The process is so much more controlled now,” Lyall noted. “You can now time elements down to the millisecond with the push of a button.”