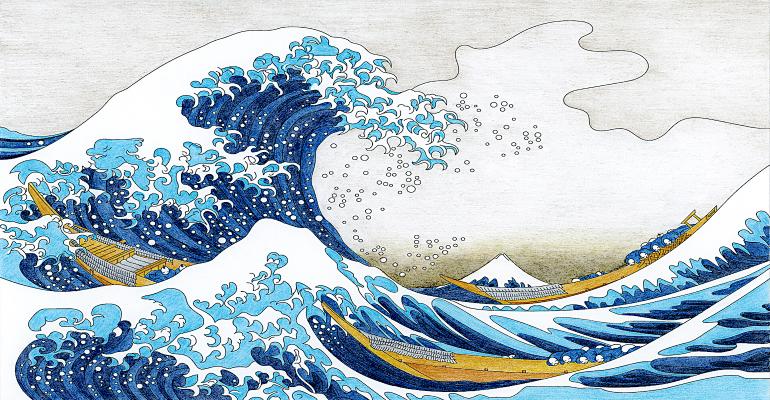 Automotive chip supply chain shortages have many causes, some are obvious while others are more obscure like Makimoto’s Wave.

Today’s headlines are full of stories about the simpler reasons for the automotive chip supply chain shortages. Yet engineers in the semiconductor space may well view these current rounds of chip shortages as a natural cycle predicted by Makimoto’s Wave.

Here’s the simple story: The automotive industry had years of fairly modest growth in 2018 and 2019. Then the COVID wave washed over the world and the automotive industry nearly sank. With the raging pandemic storm, driving was pretty much restricted to trips to the grocery store or doctor’s office. There just weren’t many places to go during the lockdown.

Was it surprising that the demand for automotive parts almost disappeared? This shortage was predicted by many analysts back in early 2020. The decrease led to an almost perfect set-up for future shortages with the just-in-time inventory strategy which is prevalent throughout the automotive supply chain. Automotive makers couldn’t afford to carry a lot of inventory.

Conversely, on the supply side of the equation, was the semiconductor providers and their need for at least a couple of months lead time to fabricate new orders. Further complicating the issue was that the COVID pandemic ended up producing a boom for PCs servers, video games, and 5G cell phones, which in turn consumed an enormous amount of foundry capacity that would not be available for the needs of automobiles manufacturers.

While foundries did try to expand capacity, they just couldn’t keep up. Plus a lot of the needed automotive electronics were on older-generation process geometries.

“The suppliers still making older-generation 200 millimeter wafers were already building a lot of automotive parts among other devices,” explained Walden C. Rhines, CEO of Cornami and CEO Emeritus of Mentor-Siemens. “You can't just go out and buy 200 mm equipment. Also, those companies needed some sort of guarantee of production volume as they knew working at the older geometries wasn’t going to continue forever. So, it is hard to bring on a lot of new capacity quickly and thus you end up with at least a temporary shortage.”

This explanation is fairly straightforward and well-covered (too much so) in the news. But what Rhines shared next was not so obvious. It dealt with what else was going on in the semiconductor market.

“One thing that really escapes attention is we are in the customization phase of Makimoto’s wave,” noted Rhines.

The wave refers to an observation made in the early 1990s by Dr. Tsugio Makimoto, who at that time was Sony’s chief technology officer (CTO). He observed that electronics cycled between custom solutions and programmable (commoditized) ones approximately every ten years. This became known as Makimoto’s Wave. It is driven in part by the electronic design automation (EDA) chip development tools, which enable new types of customization while also affecting the relative costs of both standard and customized chips. 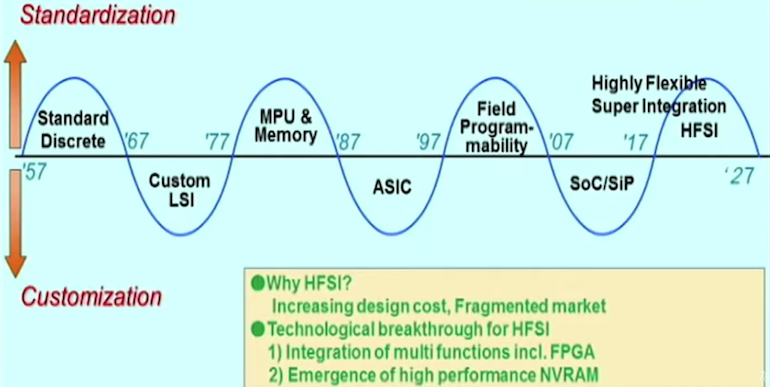 How does Makimoto’s wave predict the trends in chip design? Consider the case of engine controllers. In the 1980s, the engine controller market was dominated by Motorola and Hitachi. If an automotive designer needed a  controller, they would have used one of a few of the different standard, off-the-shelf products from either company. These semiconductor manufacturers were fabricating a few standard parts for a lot of customers, which made it easy to maintain sellable inventories. But that’s not the case today.

Thus, the industry finds itself in the customization portion of Makimoto’s Wave pendulum.

Tier One companies and OEMs are doing their own designs, thus competing with each other. For example, Tesla built a state-of-the-art machine learning chip, noted Rhines. Tier Ones like Bosch, Denso, and others are building autonomous driving or machine learning chips as well. All of this means that this phase of Makimoto’s wave has seen an increase in the number of designs serving a market whose unit volume hasn't changed greatly.

But there’s more. Consider that China’s leading fab – the Semiconductor Manufacturing International (Beijing) Corporation (SMIC) – had been added to the U.S. Entity list, “as a result of China's military-civil fusion (MCF) doctrine and evidence of activities between SMIC and entities of concern in the Chinese military-industrial complex.” The export restrictions associated with this list will make it difficult for China to buy semiconductor manufacturing equipment.

“I would guess that a lot of people have started placing orders with other foundries because of fear that China wouldn't be able to buy equipment,” cautions Rhines. “They wouldn't be able to continue to expand capacity, which may mean increased chip shortages at least at the older geometries used by the automotive space.”

It’s not unusual for the semiconductor space to have chip shortages, typically with memory devices. What makes such ups-and-downs more tumultuous today is that the amount of electronics has greatly increased in all products, from cars and IT to mobile phones and similar devices. For example, RF subsystems in mobile phones have more than doubled over the last decade or so. The increase in electronic content in cars, even without the addition of emerging assisted driving systems, has been well documented.

“Overlay the increase in the demand for electronic content with a weak economy from COVID and topped with a period of relatively light semiconductor capital investment and you’ll get spot shortages,” said Rhines. “The limited capacity in the fabs, either from the need for older equipment or the ever-growing capacity demands from a major customer like Apple, and it’s no wonder that things are tight. Finally, the overall degree of customization as predicated by Makimoto’s Wave means that the supply change will probably face shortages for several years to come.” 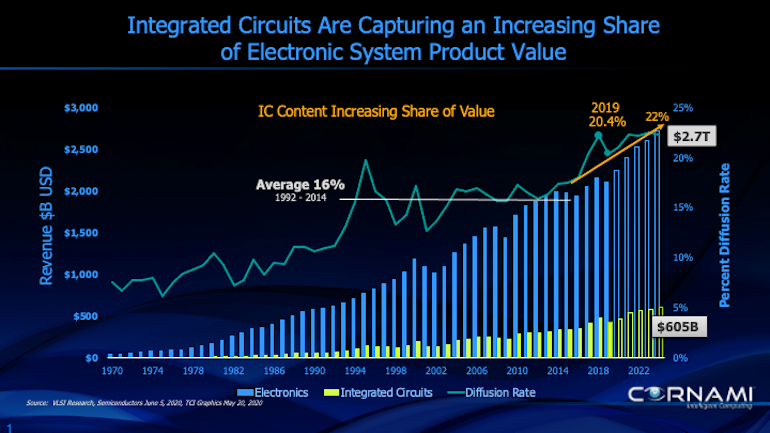