Incredible as it seems, one of the earliest prototypes for fashionable electronic-based jewelry appeared in the 1947 Radio-Craft magazine. Hugo Gernsback, known by some as America’s father of Science Fiction, started the publication in 1929. It lasted in some form until 2003.

The April 1947 issue of the magazine presented the Gernsback Crystron Lapel Radio Prototype. The design was based on the Cryston (“crystal electron”) vacuum tube. It was a combination of crystal detector technology and vacuum tube-based amplification.

Don’t bother to look for a patent on the Crystron as it appears to have been an April Fool’s joke. It’s difficult to imagine any women wearing this lapel as it would have had considerable weight with all of those vacuum tubes and other components. But the “amazing” thing was that no battery was required to power the amplifiers thanks to, “a small amount of radioisotope which obviated the need for the traditional "B-battery" concept to supply a high voltage for driving the output stage circuit.”

Further, the Crystron Lapel Radio boasted a supposedly unconventional superheterodyne. Details of this humorous engineering prank are available on the RF Café website. 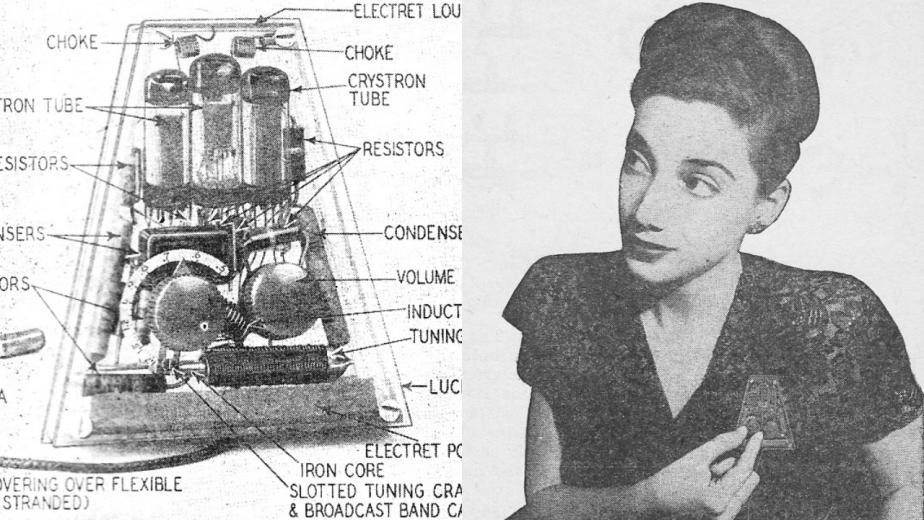