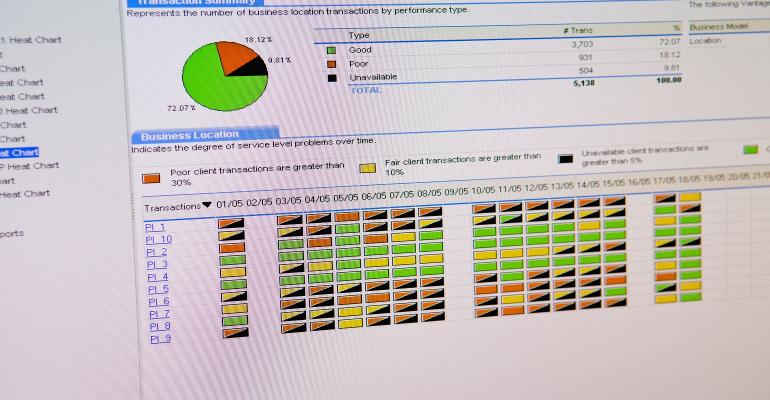 The language will depend on the type of software, the needs of their company, and the technical debt for maintaining the code.

Examining the index, it’s interesting to see the rankings of different languages that are used in embedded systems:

Nearly every system today can be described in a data-driven, object-oriented architecture. I believe that many embedded systems naturally fall into this design paradigm, and there is no need to torture our designs to get them there. However, selecting a programming language that supports object-oriented programming concepts is critical to building scalable and reusable software systems.

When we look at our list of programming languages for embedded systems, we’ll notice a slight problem with our top five languages; C and assembly are not object-oriented languages! I would argue that is one reason why we should consider both to be dead or dying languages. They don’t provide the modern toolset that developers need to implement a modern software architecture. In addition, these languages require a lot of extra work to get capabilities that are naturally built into other languages.

Recommendation #3 – Use Standardized Languages Only

Languages like C++ are a good option. C++ has a well-defined standard, and the standard is updated every three years. As a result, developers are provided with new techniques and features to improve their software, making the language live. It also provides a consistent standard so that teams don’t have to take on the technical debt of change if they don’t want to. Instead, they keep using the standard version that they adopted.

We might decide from the previous recommendations that Python, Java, and C++ are the embedded languages of choice. Perhaps we should all run out right now and start to convert our applications to Python; However, so far, we have not yet discussed the whole story. A critical consideration for teams is the run-time weight of their language.

If you were to examine C/C++, you’d discover that the code size required to run a C application is well under one kilobyte. The overhead to run the code is also negligible to non-existent. C/C++ has a light run-time weight. If you were to examine Python or MicroPython, you’d discover that this is not the case. The MicroPython interpreter generally builds to between 300 – 400 kilobytes! The overhead to run the interpreter is relatively light, but the weight of the interpreter is quite high.

A heavy-weighted run-time may not be a big deal if the cost for memory is considered cheap or not of significant concern. In these circumstances, using a language like MicroPython can come with many advantages. For example, nearly everyone knows Python or can learn it quite quickly. In addition, it’s adaptable and has more coding standards than one could ever dream about. Upgrading application code can also be as quick as updating a few scripting modules.

In either case, teams should carefully consider the overhead associated with the language they choose. For example, python, Java, Labview, and others may have a higher run-time cost than other languages.

Recommendation #5 – Use the Language that is Right for You

At the end of the day, you, the team, need to decide what features and language best fit your needs. For example, if the entire industry is moving to Python, but assembly language makes more sense because you provide hand-optimized libraries, then choose assembly language. On the other hand, if you have a bunch of legacy code written in C and want to continue to leverage that already existing asset, then use C. (Or wrap your C code and use C++!).

Don’t let the language fads of our day convince you to change. Instead, use what makes sense and consider the recommendations that we’ve discussed in this article.

Embedded developers and teams do have a rich choice of programming languages that they can use to develop their embedded software. The languages they choose will depend on the type of software they write, the needs of their company, and the technical debt they incur in maintaining their code. When selecting a language to use, the recommendations in this article should provide some additional thoughts to consider. C/C++, particularly C++, can be a great default when in doubt.