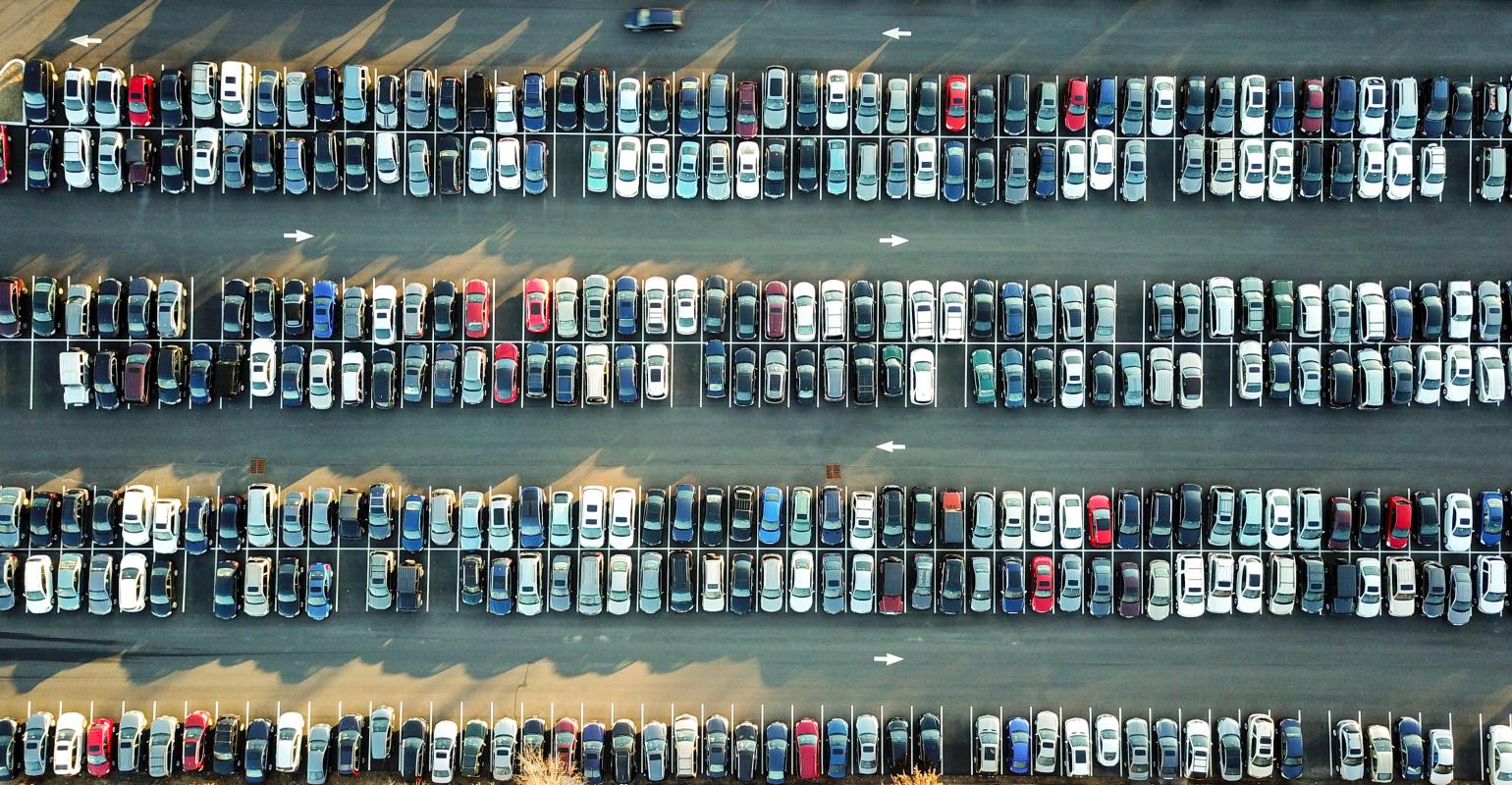 What Is Crowdsensing? ...And Where Can I Park?

Mobile crowdsensing offers a solution that could become a key technology behind smart cities, tackling parking and other issues. But is the public willing to opt in?

You're running late for an appointment. By some miracle, you manage to catch all the green lights on the way...and you still end up late because you spent 15 minutes driving in circles looking for parking! If you're lucky enough to find street parking in a major city, you're probably rolling the dice as to whether you'll get a parking ticket or not. Even the newer parking garages, which show you the number of available spaces, are prone to sending you on wild goose chases.

A group of researchers from Singapore-based Nanyang Technological University (NTU Singapore) think the solution for our parking woes lies in a mobile data-gathering technology called crowdsensing. But parking is just the first step toward using our mobile data to make our day-to-day lives more efficient.

In 2016, Jim Cherian—a senior research engineer at NTU Singapore—conducted a study around ParkGauge, a method of leveraging crowdsensing to capture mobile phone data to track the states of cars in parking garages. ParkGauge uses 3G, GPS, and Wi-Fi to collect data from a smart phone's sensors—including its gyroscope, accelerometer, and barometer—to determine driving states (i.e., turning or braking). Based on the driving state, and with enough data from other vehicles in the garage, ParkGauge's machine learning algorithm can infer which cars are parked, where they are parked and likely to park, and also where parking spaces are most likely to be available. This can all be delivered in real time—not only in a parking area, but also online so users can understand the parking situation before they even get there.

Most have probably heard of crowdsourcing, and may even have funded a few projects on sites like Kickstarter or Indiegogo. Crowdsensing is somewhat similar in that it seeks to leverage large groups of people. But what it wants is your data, not your money. “Crowdsensing refers to the process of collecting sensor data using smart devices from a crowd of contributing users. This is akin to a crowd of connected sensors on the move. In other words, it simply refers to the crowdsourcing of sensor data to enable and empower specialized applications and services,” NTU's Cherian told Design News. “Most of the crowdsensing efforts are done using commodity mobile devices (such as smartphones or smartwatches) and hence it also is known as 'Mobile Crowdsensing.'”

Cherian explained that crowdsensing typically comes in one of two forms. There's participatory crowdsensing, in which each user manually contributes data. Opportunistic crowdsensing, in contrast, refers to automatic, non-intrusive, “behind the scenes” data collection—usually with no or minimal user intervention.

”Participatory crowdsensing has been around for a decade or even longer, but it often fails due to insufficient user motivation and incentives,” Cherian said. Some may remember an app called Open Spot released by Google back in 2011. The app's heart was in the right place, but it only worked if users manually notified the app that they were leaving a parking space. It was the digital equivalent of flagging someone down to let them know you're leaving a space. But politeness only goes so far. Without the immediacy of seeing someone searching for a spot, there was no real incentive for users to interact with the app.

Opportunistic schemes have their own challenges. Because the data collected is generally not verified or contextualized by humans, it can create sets of bad or low-fidelity data and/or noise. The idea of having data collected in the background also sparks understandable privacy concerns from users.

The key challenges for crowdsensing, Cherian said, are to incentivize human users, discriminate trust levels and data quality, and ensure data privacy. If this is done, Cherian imagines that crowdsensing could be applied to a variety of applications beyond parking. “There are several problem areas where such methods could be applied,” he said. “This includes traffic congestion estimation, prediction of stopped duration at signalized intersections, and, in general, almost any problem that involves estimating a super-state that can be represented as the temporal evolution of sub-states in a hierarchical fashion.”

The data privacy hurdle could be a major one, however—particularly in today's post-Cambridge Analytica climate. There are major risks associated with any sort of data that deals with location and activity. Is it worth risking exposing your real-time location to strangers in exchange for a smoother commute?

“Overcoming these concerns while ensuring a good quality of service (i.e., differential privacy) is an active area of ongoing research,” Cherian said. “Typical ways of addressing this include data anonymization, data obfuscation, and stochastic (randomized) data sampling. But achieving practical, efficient, privacy-preserving crowdsensing schemes still remains a challenging subject.” The ParkGauge study explains that a major goal is to get the most out of as little data as possible in any particular application:

“...Unlike existing crowdsensing-based parking systems that directly count the available parking lots, ParkGauge does not require a “crowd” (hence high penetration of the application) for sensing individual parking garages. Instead, a minimal amount of sensing data acquired from a small number of users for each parking garage would be sufficient for ParkGauge to deliver useful information, whereas the “crowd” is needed only for covering many parking garages across a large urban area.”

Because of this, technologies like ParkGauge are more likely to roll out in places such as shopping malls before a wider, smart city deployment.

Cherian and his colleagues were able to conduct their initial study with ParkGauge using only a low-energy 3G connection. Surely, a larger deployment will require better and faster connectivity? When thinking about city-wide deployments, crowdsensing as a whole looks like an emerging use case for 5G.

“Communication bandwidth and energy consumption requirements are important aspects to consider and fine-tune in a productive crowdsensing application,” Cherian said. “These requirements vary based on application, the level of accuracy required, the amount of data to be transmitted, and the rate (how frequently) at which it has to be transmitted to achieve a certain level of quality of service.” Cherian said large-scale crowdsensing applications and services could be delivered with today's level of connectivity, but newer technologies like 5G could only help.

When discussing vehicles, the natural question is: In a world of connected vehicles, could smartphones be taken out of the equation entirely in favor of data from in-vehicle sensors? “Vehicle sensor data are more reliable and they can be obtained using different methods. But this will demand some level of in-car instrumentation,” Cherian explained. “For example, the OBD2 [on-board diagnostics] connector that is installed in most cars manufactured in the last two decades offers some basic information about the vehicle that can be read wirelessly over Bluetooth or over a USB cable. More advanced vehicle information can be gathered using open connectivity protocols (such as OpenXC on Ford vehicles) or directly from the CAN bus (proprietary to each vehicle manufacturer) or using connected sensing devices including cameras.”

Cherian said that any additional sensor-rich hardware, if installed, can yield a wealth of information about the vehicle and/or its environment, which would in turn lead to more reliable services. “However, all of these methods require instrumenting the car, and may not be attractive enough to motivate a large crowd of users who may have their own concerns or reservations,” he said.

Cherian added, “It is a different story, though, if the local governments can also encourage or enforce the installation of connected on-board hardware for specialized purposes, such as parking/toll-collection or dynamic road pricing. For example, GPS-based ERP2 [Electronic Road Pricing] boxes are due to be rolled out across vehicles here in Singapore in the next few years. If they are crowdsensed, they can offer solutions to many other problems. On the other hand, many of the current proposals for vehicular mobile crowdsensing rely on infrastructure such as GPS and/or Wi-Fi. Unfortunately, they either do not work indoors or are unavailable to indoor parking garages—especially when underground.”

Cherian said research like ParkGauge, which proposes an infrastructure-free solution, becomes more relevant in this context. While the accuracy offered by mobile devices may be slightly inferior, it still offers a practically acceptable degree of accuracy. This is also where the use of machine learning plays a role, allowing for the development of crowdsensing systems that improve over time.

Learning from the Crowd

“It all depends on the quantity and, more importantly, the quality of data available for learning,” Cherian explained. In our experiments, we have made use of a hierarchical combination of ‘supervised’ machine learning methods. This means that we have utilized ground truth (in terms of labels that were manually provided by experienced human users or occupancy data that has been precisely obtained by infrastructure-based methods) so that the learning algorithm was able to learn patterns from it in a reliable manner.”

The ParkGauge researchers use a statistical analysis approach called a Hidden Markov Model that allows the algorithm to work with states that are not immediately observable. In other words, you don't have to actually see every vehicle to predict where it is or what it is doing.

“To detect the driving contexts (e.g., ‘driving’ or ‘parked’) from a smartphone placed in a vehicle, we use a Hidden Markov Model that can model the temporal evolution of contexts as a function of driving states (such as accelerating, braking, turning, or walking). These driving states can be easily detected from smartphone inertial sensor data, such as an accelerometer or gyroscope (and barometer, if available) using a decision tree-learning method, such as Random Forest classifier,” Cherian explained.

“Once we have the driving contexts and their time stamps, we can compute some temporal characteristics of parking garages and feed them into nonlinear regression methods to estimate the occupancy of the parking garage,” he said. “A primary reason why this works remarkably well is actually quite intuitive. The occupancy of a large parking garage is inversely correlated to the time taken to park there and the time spent in queuing or looking for an available space upon arrival. Combined with additional features or characteristics to learn from, we can obtain quite useful accuracy levels. Furthermore, as we acquire more data, we are able to progressively make better predictions on real-time parking occupancy for arriving drivers. We are also able to identify and report trends that are useful to businesses and parking operators alike.”

Following their 2016 study, the NTU Singapore researchers were hoping to test a large-scale deployment of ParkGauge, but Cherian said this hasn't come about due to internal factors and operational limitations. However, he said his team has explored methods to enhance the scalability of its crowdsensing solution while reducing the need to do a major data collection for deployments at new, unseen parking garages. All of this work is currently undergoing peer review, according to Cherian.

The team also recently published new research around another prototype crowdsensing system called ParkLoc, which is aimed at another parking-related pain point. “We have worked on yet another aspect of using infrastructure-free mobile sensing for indoor parking garages regarding the localization of a parked vehicle indoors,” Cherian said. “This work in particular is motivated by the often embarrassing problem of forgetting where we parked.”