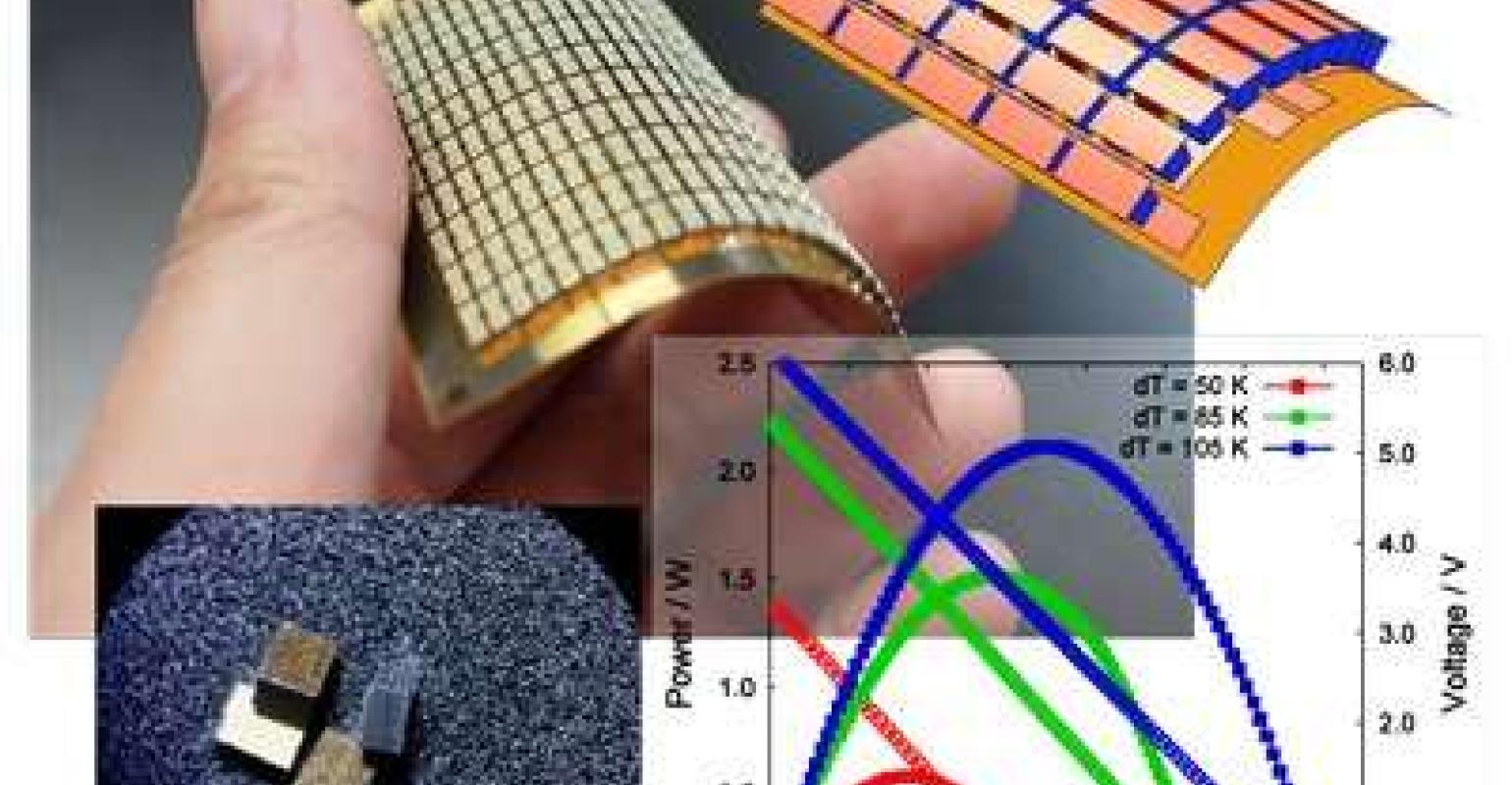 Scientists from Osaka University focus on contact resistance rather than materials in thin-film device that could one day power IoT sensors.

Deriving energy from the heat electronic devices emit so they can provide their own sustainable sources of power is a  Holy Grail for scientists developing power sources for sensors that will drive the future of healthcare devices as well as the Internet of Things.

Researchers in Japan now have come up with a new thermoelectric generator that can convert temperature differences to electricity can be used to power small, flexible devices.

Scientists at Osaka University developed the device in the form of a bismuth telluride semiconductor on a thin, polymer film that weighs less than a paperclip and smaller than the size of an adult fingernail.

However, packed in the tiny device is a maximum output power density of 185 milliwatts per square centimeter, which “meets standard specifications for portable and wearable sensors," Tohru Sugahara, an associate professor at the university’s Institute of Scientific and Industrial Research, in a press statement.

While researchers are eyeing many ways to provide sustainable power in the form of energy harvesters that don’t require the bulk of batteries for tiny sensors, each have their own limitations. Solar, for example, depends on a reliable source of sunlight to convert into electricity, while vibrational power also has conditions and moving parts to contend with.

Thermoelectric generators, however, are sustaining and self-powered as well as a stable and reliable source of power already proven in some industries such as aviation. However, using them in flexible sensors or displays for medical or IoT devices so far is an unproven field.

To conduct their research, the Osaka team took a different approach to many scientists, who typically aim to optimize device performance from the angle of improving the thermoelectric materials themselves.

Researchers instead focused on the contacts that are activated by the temperature differential to determine their effect on device performance, Sugahara said.

"Our approach is to also study the electrical contact, or the switch that turns the device on and off," he said in a press statement. "The efficiency of any device critically depends on the contact resistance."

What researchers found in their device was that despite the power output it managed to provide, 40 percent of possible output power from the thermoelectric reaction was lost because of contact resistance.

The work should inform the development of future thermoelectric power devices for sensors and displays, shifting the focus from materials to optimizing this aspect of the power source for optimal performance, Sugahara said.

"Clearly, researchers should focus on improving the thermal and electrical contact resistance to improve power output even further,” he said in a press statement.