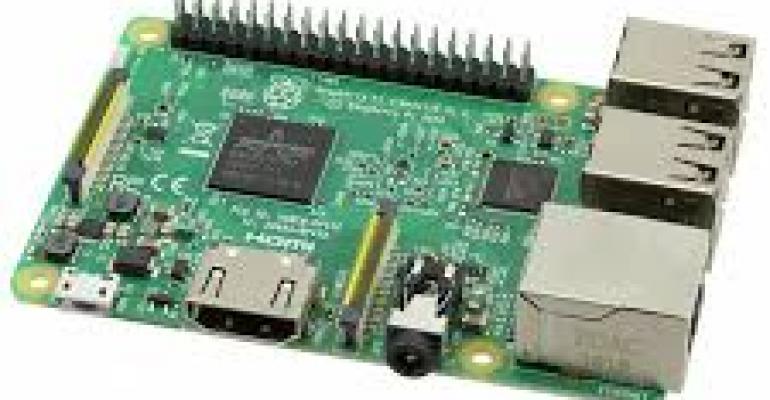 You can still use the Raspberry Pi for any of your Maker projects or DIY robots, but the Raspberry Pi Foundation wants you to start thinking of the single-board computer less as a cost-effective computing solution and more as an actual PC.

The latest version of the Pi, the Raspberry Pi 4 boasts a host of impressive specs, from a more powerful processor, to the ability to handle dual 4K displays. And while the Pi 4 isn't ready to replace your high-end enterprise workstation, it does offer a level of performance that could make it an attractive option for embedded engineers looking to develop consumer-grade IoT products.

“We've always seen ourselves as a PC company, and measured ourselves against the PC industry,” Eben Upton, founder and CEO of Raspberry Pi, told Design News. “Each successive revision of the platform has moved us closer to producing a PC that has sufficient performance for the typical user. And the Raspberry Pi 4, with a three-fold uplift, has taken us over this line. We've chosen to emphasize this aspect of the platform, though of course it remains a very capable hobbyist board and industrial computer.”

Upton said the upgrades made to the new Rasberry Pi were intended to specifically address prior concerns from the Industrial IoT (IIoT) community, including a lack of Bluetooth 5 for communicating with remote devices and equipment and true Gigabit Ethernet capability for high-volume data backhaul. Previous versions of the Pi also had a limited number of low-speed serial interfaces to communicate with local equipment. “We've added 4xUART, 4xSPI, and 4xI2C to address this,” Upton said.

But thanks to its boost in processing power, the Pi 4 has shown a significant improvement in inference processing over its predecessors. Third-party benchmarking by Hackster.io shows the Pi 4 handles inferencing for TensorFlow significantly faster than the Pi 3.

“That's one of the key messages for industrial users of Raspberry Pi 4: Thanks to the performance uplift, we're a strong platform for on-device inference, and with USB 3.0 we're a strong host for [machine learning] accelerator hardware,” Upton said.

Hands-On with the Raspberry Pi 4

At the time of this writing it's difficult to really put the Pi 4 through all of its paces since a lot of software created by the larger open-source community for the Pi 3 is still not compatible with the Pi 4.

In our own hands-on tests a 4GB RAM version of the Pi 4 running Raspbian (Raspberry Pi's own version of the Debian OS) performed well under simple desktop applications. Word processing, web browsing, and other basic productivity tasks ran smoothly. Eager to test the Pi 4's 4K video functionality, we found noticeable stutter when streaming 4K videos from YouTube on a single monitor with Gigabit Ethernet (this issue also persisted at lower resolution 1080 and 720 videos as well).

However, downloading a video and playing it natively via VLC Player yielded smooth, fast results with no stutter. Users may want to take note that the Pi 4's video performance lies not necessarily in its streaming performance but in its ability to play local video.

One particular point of frustration right now is that the Pi 4 can only boot off of a microSD card. Despite having four USB ports (two USB 2.0, and two USB 3.0), the Pi 4 does not support USB booting. According to the Raspberry Pi Foundation, there are planned updates to the Pi 4 bootloader that will allow for PXE and USB booting in the future. Until then however, anyone looking to install a more customizable and community compatible OS like Ubuntu Mate on the Pi 4 better have a microSD card writer handy. We tried installing the Robot Operating System (ROS) on the Pi 4, for example, and were not able to using the Raspbian OS setup on our unit.

Many are hoping the Pi 4 can provide higher-quality game emulation than the Pi 3, particularly for newer games, in part because running high-demand games would be the easiest way to assess the Pi 4's full potential.

Compatibility issues prevented us from installing Retropie or another emulator on the Pi 4 to test out its gaming ability, but the Pi 4's specs suggest it should be able to handle any emulation the Pi 3 could handle and more. It likely won't take long for the community to start creating emulators suitable for the Pi 4. But those hoping to use the Pi 4 to build a gaming machine capable of playing the latest and greatest games shouldn't hold their breath.

Another issue for developers to be aware of is the additional heat output for the Pi 4, owed to its increased processing power. Test done by tech journalist Gareth Halfacree, found the Pi 4 produced significantly more heat than the Pi 3. Design News noted this as well as the Pi 4 becomes noticeably hot to the touch after a few minutes of use. Leaving the Pi 4 in an enclosure for extended periods also produced overheating warnings. This is definitely something to watch out for, particularly for users who may want to experiment with overclocking the Pi 4's processor. Anyone looking to encase the board in their project should probably implement some sort of active cooling as well.

“...Thermal imagery of the board shows the SoC, after a 10-minute CPU-focused workload, running noticeably hotter than the Raspberry Pi 3 Model B+ and spreads that heat throughout the board. Peak spot temperatures at the end of the 10-minute run were measured at 62.6°C on the Raspberry Pi 3 Model B+ and 74.5°C on the Pi 4 — both readings, unsurprisingly, centered on the SoC.”\

Has the Raspberry Pi grown up? It's certainly matured significantly. Those who fall on the Maker/DIY end may want to stick with their Pi 3 for a while, at least until more third-party software support and boot options are available for the Pi 4. For embedded developers and those with the right equipment and know-how, there's no reason not to jump in and consider an upgrade to the Pi 4.

For those who have previously only thought of the Raspberry Pi as an educational or DIY tool, the message of the Pi 4 is clear – the Raspberry Pi is going after serious embedded applications – and it's not looking back.