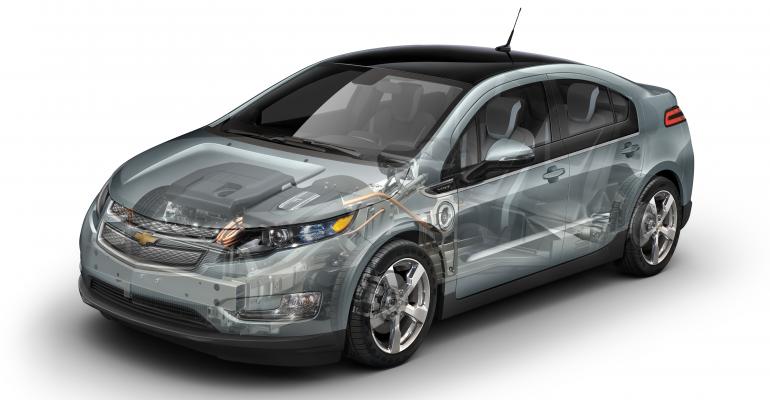 Volt plug-in hybrid no longer fits amidst GM’s plan for a portfolio of battery-electric vehicles.

Chevy Volt, the face of vehicle electrification at General Motors for the past eight years, will be discontinued in March 2019, the automaker announced this week.

The Volt, which combines a gasoline engine with an electric powertrain, didn’t fit GM’s long-term direction, which calls for battery-electric models rather than plug-in hybrids. “There were a number of different reasons, but the main one was that we’re committed to an all-electric future,” GM spokesman Kevin Kelly told Design News.

The Volt announcement was part of a sweeping corporate transformation that involved the discontinuation of five different models, the shuttering of four plants, and layoffs of 14% of GM workers. Other discontinued models include the Buick LaCrosse, Cadillac CT6, Chevy Impala, and Chevy Cruze.

The Volt was the biggest and most surprising portfolio announcement, however—largely because it was accompanied by so much publicity from the moment it was introduced as a concept vehicle at the 2007 Detroit Auto Show. Within hours of its rollout, every major news venue from The New York Times to Newsweek wrote about it. Within days, more than 250,000 people had responded to a GM.com survey saying they would consider buying a Volt. The vehicle even spawned its own independent fan web site.

But the Volt apparently no longer fit in the rapidly changing electric vehicle landscape. Sales never quite hit GM’s expectations, reaching a high of 24,739 units in the US in 2016, according to InsideEVs.com. “The problem with the Volt is that it was an extremely elegant piece of technology to solve the problems that electric vehicles posed in 1999,” Mike Ramsey, senior director and analyst for Gartner, Inc., told Design News. “All of a sudden, the idea of the Volt as a perfect solution became undermined by its own compromises. It had an engine and a battery, limited sizing and styling. It became a compromise vehicle.”

Rumors swirled around the Volt for more than a year, since GM announced last year that it would produce 20 new electric vehicles by 2023. The automaker said its decision was based on “learnings” from the development of the Chevy Bolt EV. “We’ve cracked the code,” Kelly told Design News at the time. “We know how to do it.”

In contrast, the Volt was becoming more of a challenge, given its need for an engine, battery, fuel tank, motors, inverters, power controls, and other dual-powertrain components. “It was just a challenge economically to make it work—especially since the economics of electric vehicles are getting better,” Ramsey said.

Still, experts don’t know whether consumers will embrace battery-electric vehicles or whether the Bolt will fare any better than the Volt. Last year, pure electrics made up only about one-half of a percent of the vehicles sold in the US, suggesting that the move to full electrics is fraught with risk. “All of the companies that are plowing headlong into EVs are taking a leap of faith,” Ramsey said. “But that leap of faith is based on the idea that oil is a finite resource.”

In essence, the Volt served as a bridge to the era of full electrification, experts say. “It was a fantastic vehicle, and it will be remembered as one of GM’s technological highlights,” Ramsey said. “But it makes sense that they’re going to discontinue it.”