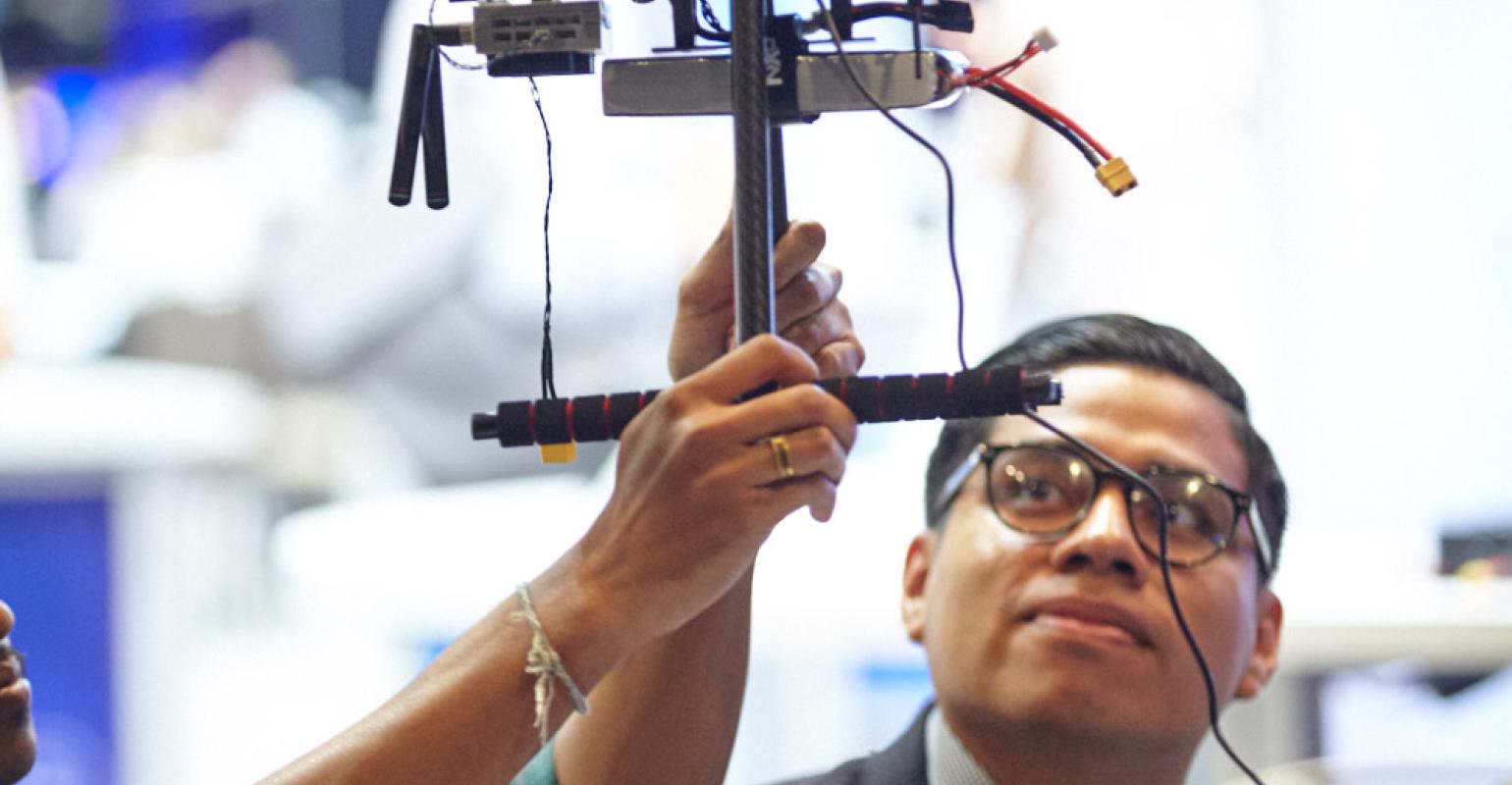 The giant semiconductor manufacturer is sponsoring a design contest known as the HoverGames, which challenges engineers to develop a better drone to aid firefighters in battling blazes that can’t be fully understood from the ground. By providing a drone development kit, a radio, and a sensor package, the company hopes to show the lifesaving power of autonomous drones.

“This isn’t a remote-control drone; it’s completely autonomous,” noted Matthias Wilkens, manager of industry partnerships for NXP. “You program it, it lifts off, flies its mission, and does whatever you’ve programmed it to do.”

NXP is awarding $13,000 in prizes to developers of the best drone technology. Participants must register by July 31st, but they have until October 31st to develop their drone’s software.

NXP officials said the contest is a response to the growing understanding that drones can play a big role in fighting fires. Earlier this year, French firefighters used drones to help understand the nature of the massive fire at the 850-year-old Notre Dame Cathedral. “It is thanks to these drones, to this new technique absolutely essential today, that we were able to make tactical choices to stop this fire at a time when it was potentially occupying the two belfries,” a French official was quoted as saying at the time of the cathedral fire.

NXP said the goal of its competition is to introduce engineers and programmers to drone and rover development. For $300, participants receive a contest bundle, which includes the HoverGames Drone Development Kit (with drone), Kinetis K64 microcontroller, KW41z wireless microcontroller, camera, heat sensor, gyroscope, accelerometer, RDDRONE IoT board, and other components needed to build an unmanned aerial solution.

Wilkens said the technology is similar to that used in autonomous cars. “It contains the best of our product portfolio,” he told us. “You could use this to develop a drone or a self-driving car.”

Entries will be judged in November by NXP engineers and a team of firefighters.

NXP said the contest has piqued the interest of engineers who want to know more about the technology, and about drone design. “On one hand it’s a gamification thing,” Wilkens said. “It’s fun to do. But on the other hand, we’re taking it really seriously. We want to show what drones can do.”