HomeDesign SoftwareNew Drawing App Costs Less Than a Latte
Recent
Design Software
Using Low-Code/No-Code Systems for Manufacturing Quality
May 19, 2022
Los Angeles Fire Department Deploys Nation’s First Electric Fire Truck
May 19, 2022
Supplier News Looks at an Automated Coolant Management System
May 19, 2022
Is Magneto the Hero We Need to Destroy Blood Clots?
May 19, 2022
POLL
Using AI To Help the Deaf Communicate
May 19, 2022
Argo AI Expands Driverless Operation to Austin and Miami in Search of More Challenges
May 18, 2022
12 Ideas that Could Change the World
May 18, 2022
Making the AC Power Main Intelligent
May 18, 2022

Siemens PLM has introduced a sketching tool with a pen-on-a-napkin feel.

Even with all its ultra-sophisticated design software, Siemens PLM has launched a simple -- nearly back to-paper -- drawing app. At the PLM World users conference in Orlando this week, Siemens introduced Catchbook, a sketching program that it calls a “consumer app” because of its simplicity. That’s a bit of a misnomer, though, since Catchbook drawings can be transferred to CAD to begin a formal design process. 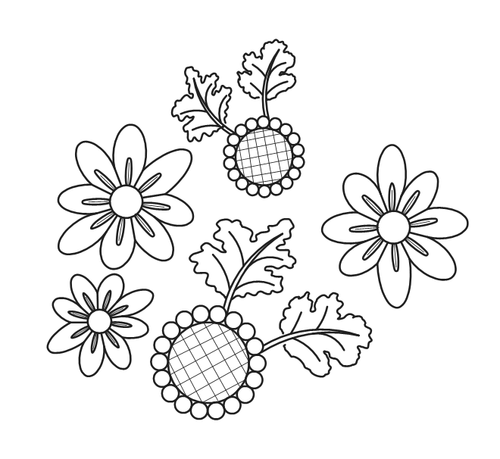 Catchbook can be used for freestyle drawing.

Catchbook can be used for drawing and tracing on tablets and smartphones. The app provides a simple and intuitive user interface that allows the user to use a finger or stylus for drawing. The goal was to create an electronic drawing surface to replace the proverbial napkin for capturing initial ideas.

An important part of the concept of Catchbook was to make sure it felt like using a pen on a napkin -- the classic image of the sketched design of a product in its very earliest iteration. “We wanted to keep the pen-and-paper feel. That was the goal,” said Hosch. 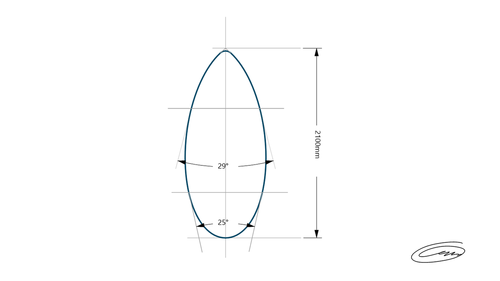 This drawing of a surfboard was the first step in the design of an actual commercial surfboard.

One of Catchbook’s features is its autocorrect function that turns sketches into symmetrical drawings, makes circles and curves perfect, and places objects evenly within the drawing’s boarders. “Drawing recognition will recognize a circle or oval and complete it as symmetrical,” said Hosch. “Likewise with curves and straight lines.”

Widen your social circle and learn more about CAD and other design tech at Atlantic Design & Manufacturing June 14-16, in New York.

While Catchbook is easy to use, it hides a sophisticated backbone. The tool was built on the Siemens PLM industrial sketching technology. The recognition aspect of the tool offers impressive drawing support. “If you make mistakes while you have recognition on, it will correct your errors,” said Hosch. “Say it’s a square where one side is too short or the lines don’t meet, it will correct your inconsistencies.”

Catchbook also makes it easy to tidy up rough drawings. “If you have a line that goes too far, you can scribble on it, and it will erase the extraneous line,” said Hosch. “If you create a square and draw holes within each corner, it will make the holes symmetrical in location and size. Then you can take two holes and connect them with lines to create a slot.” 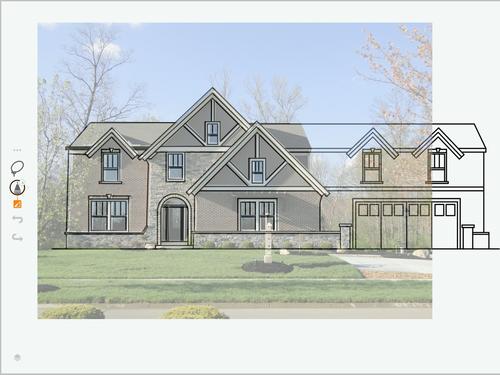 This home addition design began as a Catchbook sketch.

Catchbook also performs collaboration duties. Plus, you can share content on the Catchbook site. There are tutorials on the site to help users learn the full capabilities of the tool. Siemens intends to support Catchbook with updates and additional features going forward.