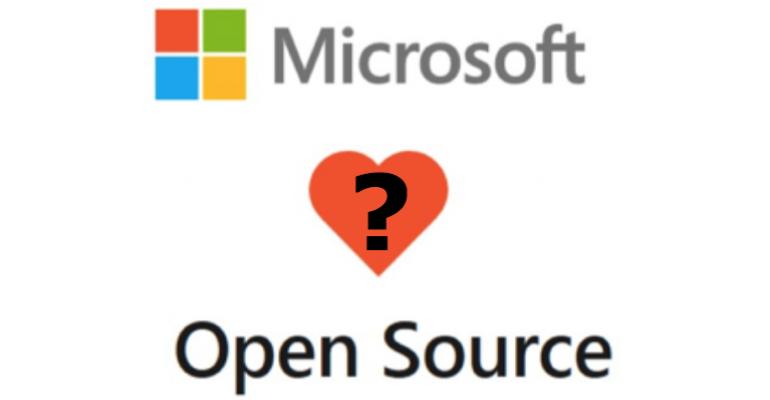 Microsoft will be acquiring GitHub, the largest online repository of open source software code. But not everyone thinks the move will be good for the open source community.

Microsoft has announced it will be acquiring GitHub, the Internet's largest repository for hosting both proprietary and open source code, for $7.5 billion in Microsoft stock. According to a press statement released by Microsoft, under the new acquisition, “the two companies will empower developers to achieve more at every stage of the development lifecycle, accelerate enterprise use of GitHub, and bring Microsoft’s developer tools and services to new audiences.”

During a June 4 conference call regarding the acquisition, Microsoft CEO Satya Nadella said the company is committed to empowering developers and the open source community. He commented that even Microsoft uses GitHub and has made over 2 million updates to projects on GitHub, making it the most active organization on the site. “And Microsoft is all-in on open source,” Nadella said. “We have been on a journey with open source, and today we are active in the open source ecosystem, we contribute to open source projects, and some of our most vibrant developer tools and frameworks are open source.”

Nadella said GitHub will remain an open platform going forward. “Developers will continue to be able to use the programming languages, tools, and operating systems of their choice for their projects—and will still be able to deploy their code on any cloud and any device,” he said.

Also on the call, Nat Friedman—who will be serving as CEO of GitHub once the Microsoft deal closes—said that GitHub will continue to operate independently. He also reiterated Nadella's statement that Microsoft's goal in this acquisition is to further empower developers, regardless of their preferred platform. “GitHub was founded as an open platform, a free marketplace where anyone could upload their code and anyone could extend the platform,” Friedman said. “...We want to bring more developers and more capabilities to GitHub because, as a network and a group of people and a community, GitHub is stronger the bigger it is.”

A big part of that planned expansion, Friedman said, will be focusing on integrating more cloud services into GitHub. Developers on any cloud service—whether it be Google Cloud, Amazon Web Services, Microsoft's own Azure, or any other service—will be able to plug cloud services into GitHub. Doing this, Friedman said, will make it easier for engineers and developers to move from code to code and even beyond that into going from cloud to mobile, edge devices, or the IoT. “Every workflow a developer wants to pursue, we will support,” Friedman said.

News of the acquisition spread quickly over social media and reactions have been mixed at best. GitHub's own tweet about the acquisition was met with a slew of comments ranging from optimistic to outright nihilistic. “We're thrilled to announce that we've entered into an acquisition agreement with @Microsoft!” GitHub tweeted, to which one Twitter user, web architect Juha Lindstedt, responded, "We are not so thrilled."

Other users were more creative in expressing their skepticism.

“I spent eight years building software on .NET, so I have a lot of time for Microsoft, but I fully understand why a lot of people aren't happy with this news. It's been good to have a leader in open source that is unaffiliated with anyone but the tech they chose to use (Ruby/Rails). For me, it doesn't matter who takes it over—it's just sad to see a neutral player disappear,” one user commented on the Y-Combinator message board.

Developer Kelly Sommers, a Windows Azure MVP and former DataStax MVP for Apache Cassandra, encouraged fellow developers to remain open minded about Microsoft's new role with GitHub. "Woke up to 300 replies from grumpy devs about GitHub. Guys, this is 2018. Microsoft has one of the kindest, most inclusive CEOs out there. You demanded they changed. They have. You demanded they embrace open source. They have. Now it’s your turn to change and forgive," Sommers tweeted.

Even with Microsoft speaking to assuage concerned developers, many see the move as a Big Brother play against the open source software community. After all, why should a company that makes a good chunk of its money selling software allow for a site to offer free, open-source alternatives to its products? (For what it's worth, Microsoft does offer an open SDK for developers looking to make apps for the Microsoft Office Suite).

Over on Reddit, various discussions have cropped up around the long term implications of the Microsoft acquisition. One Reddit post likened Microsoft to the Batman villain Bane in this scenario. In one popular discussion on the Change My View subreddit, a user expressed concerns that with oversight from a large company like Microsoft, GitHub will now be free to “infringe on the rights and trust of its users without facing repercussions that would destroy the company.”

The post continues, “Anyone wanting to develop a product that would compete against any product of any big X company could have previously uploaded to GitHub with no fear at all. Now, such is not the case and the pacifistic nature of GitHub as a platform, the primary appeal of the company, and the only feature preventing everyone from migrating to an alternative such as BitBucket has been completely dissipated.”

Users have already begun to flock to alternative sites. GitLab, an open source software that lets developers collaborate on code, tweeted that it has seen ten times the normal daily amount of repositories moving to its site along with a five time increase in new customers in the last day.

“When it comes to our commitment to open source, judge us by the actions we have taken in the recent past, our actions today, and in the future,” Microsoft's Nadella said on the conference call.

Chris Wanstrath, CEO and co-founder of GitHub, will be exiting his role as CEO once the acquisition deal closes later this year. He encouraged listeners on the conference call to see this as a positive move forward both for the open source community and for software development as a whole.

“We started GitHub because we wanted an easier way to work on all sorts of projects, whether they be open source, private, or just something in between,” Wanstrath said. “Since then, we've seen the rise of smartphones, VR, AR, self-driving cars; all sorts of amazing innovations. And the thing they have in common is software. [The] future is powered by software.”

What are your thoughts on Microsoft's acquisition of GitHub? Let us know in the comments.