HomeDesign SoftwareDynacar Puts Entire Vehicle to the Test
Recent
Design Software
Argo AI Expands Driverless Operation to Austin and Miami in Search of More Challenges
May 18, 2022
12 Ideas that Could Change the World
May 18, 2022
Making the AC Power Main Intelligent
May 18, 2022
How to Make Sure Your Digital Transformation Doesn’t Fail
May 18, 2022
POLL
The Internet's Grooviest Slideshow of Legendary International Scouts
May 17, 2022
Electronics Industry Bolsters Root of Trust Security Efforts
May 17, 2022
3 Tips for Embedded Software Configuration Management
May 17, 2022
Novel 3D Printing Method Used to Replenish Coral Reefs
May 16, 2022 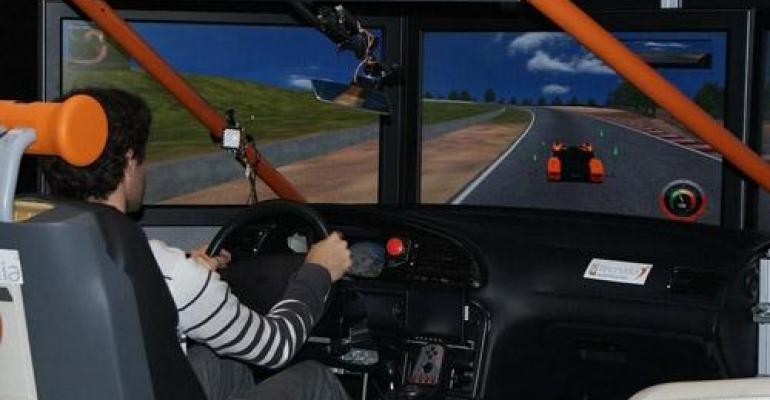 In keeping with the increased focus on the "systems engineering" approach to design, a systems integrator and a research institute have teamed up to commercialize Dynacar, a customizable and complete test environment that can be applied throughout the vehicle development process.

Described by officials as a fully validated, real-time power train model simulator, Dynacar can be used for advanced design testing for both passenger and light commercial vehicles, including conventionally powered offerings and the new class of electric and hybrid models. The model was created in National Instruments' LabVIEW Real-Time by Tecnalia, a European applied research institute. It was commercialized in partnership with Wineman Technology, an automotive design and test systems integrator and an NI partner.

Dynacar is designed to work with off-the-shelf PXI control and test hardware and to operate as a plug-in for both Wineman's INERTIA real-time test and control application and NI's VeriStand software environment for configuring real-time test applications. The model gives engineers a single framework for prototyping, implementing, and testing power train components throughout each stage of the development cycle.

Instead of deploying separate environments to test different components of a vehicle and rebuilding and redeploying models, Dynacar delivers a common test platform that can be deployed in early stage design, throughout hardware-in-the-loop testing, for dynamometer testing, and all the way through testing on the production floor. The integrated, systems-level approach varies from traditional, compartmentalized processes in which automotive engineers test vehicle subsystems independently, not as part of the entire vehicle. It's a radical change that can improve product reliability and reduce development costs while accelerating time to market.

"What happens now in automotive companies is typically one group doesn't know what the other is doing, and they end up not sharing information," Darryn La Zar, vice president of sales and marketing at Wineman Technology, said in an interview. "What Dynacar enables them to do is test their components as an entire system without having the entire physical system. Today, either they don't do all the testing, or they do it with different technical pieces from a variety of vendors and then try to knit everything together, which is complex and expensive."

In addition to its multidomain orientation, Dynacar supports an open architecture. When combined with NI VeriStand and INERTIA, custom control algorithms and simulation models generated with other languages can be integrated directly into the base Dynacar vehicle model. Engineers can customize the model by changing parameters on the fly using the graphical user interface or by plugging in their own models. This essentially makes Dynacar a virtual rolling chassis.

"If you're an expert in your own model but not in the rest of the system, you can take out the component which you specialize in and make use of the rest of the Dynacar model -- it's modular," Alberto Pena, electrical systems group director at Tecnalia, said in an interview. "Normally, test engineers use different models to carry out final testing. With this approach, the same set of tools used by the design engineer will be used on the test floor, so the process is seamless, and there's not additional translation from one modeling language to another."

The notion of a single test model that spans the entire vehicle has grabbed the attention of some large OEMs, including Ford, which is testing a beta version of Dynacar for its fuel cell development, La Zar says. Wineman Technology will be marketing the product in the US, and a license will cost approximately $12,000.