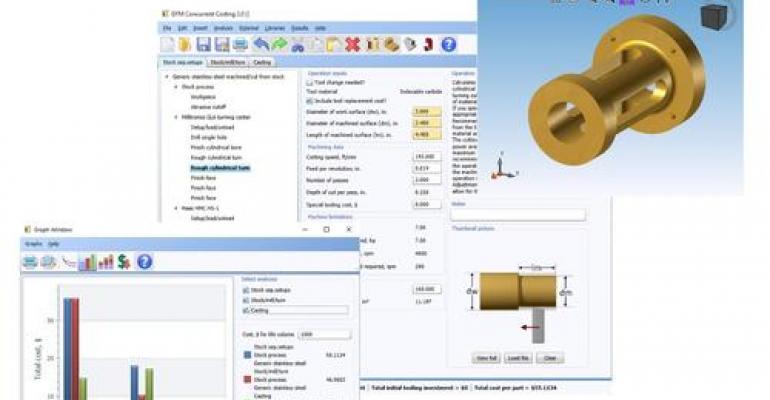 For a good look at the power of lean engineering and design for manufacturing, the Ford Taurus is a leading example. "A lot of the early success stories that happened with DFMA were in the automotive industry," Brian Raposa, R&D manager at Boothroyd Dewhurst, the company associated with DFMA, told Design News. "The Ford Taurus was made with DFMA, and Ford said the company saved a billion dollars by using the process on the Taurus."

In the 1980s when DFMA made a name for itself through costs savings on the Taurus, a lot of people believed the whole DFMA process was only applicable to products made in high volume. "Since then, we've see success with products made in much lower quantities, especially when the product is complex," he said.

Given the tool's ability to support efficiencies in the design and production of complex products, it makes sense that it's getting adopted by companies in the medical device industry. "There are quite a few medical device manufacturers that use DFMA software in their design process," said Raposa. "DFMA has become widely used in the medical industry. We've also seen it in oil and gas. It's a fundamental methodology that can be applied to a variety of industries."

In the early 1970s, University of Massachusetts professor Geoffrey Boothroyd and his colleagues started research on the efficiency principles that eventually became the basis for DFMA methodology. Initially, the goal was to provide design engineers with a technique to quantify product designs for the ease of automatic assembly. This goal was expanded to include manual assembly so that manufacturing engineers could help justify their proposals for automation equipment.

While the work on DFMA began in the 1970s, Boothroyd's ideas began earlier. "Geoff came up with the idea of design for assembly in the 1960s. He was looking at gas flow meters and noticed some designs were created with a small amount of required labor. The designs were high quality and low cost," said Raposa. "He drew conclusions from that and came to the realization that the main thing -- the one thing -- that was easily identifiable in a design was the assembly's labor content. Thus he discovered the relationship between the design for assembly and the cost of the product."

Coming up with an idea and quantifying it so it could be applied widely was the combination that gave birth to DFA. "Geoff came up with a database to evaluate the labor content in a design. That was the late 1970s and the early 1980s," said Raposa. "He formed Boothroyd Dewhurst in 1981, and the first software was released in 1983."

These principles stood in stark contrast to the dominant "producibility guidelines" of the time. Producibility guidelines directed designers to focus on simplifying individual parts so they were easier to manufacture and cost less. Boothroyd's research exposed the fact that this practice actually led to substantially higher product costs compared with the use of fewer, multi-functional parts.

In 1980, Peter Dewhurst joined Boothroyd to create the software package Design for Automatic and Manual Assembly for the Apple II Plus. Subsequent interest from IBM and Digital Equipment led to the funding of a PC version. The principles embedded in the software were used by companies such as Ford and General Motors to significantly reduce manufacturing costs.

As interest in DFA software expanded, so did interest in achieving precise knowledge of the cost savings associated with it. In 1985, Boothroyd and Dewhurst conducted further research that allowed for a Design for Manufacture module to be added. DFM lets users develop early and accurate should-cost estimates of design proposals. Together, the two modules combined to form DFMA. Boothroyd Dewhurst has continued to develop the DFMA software tools over the past 30 years.