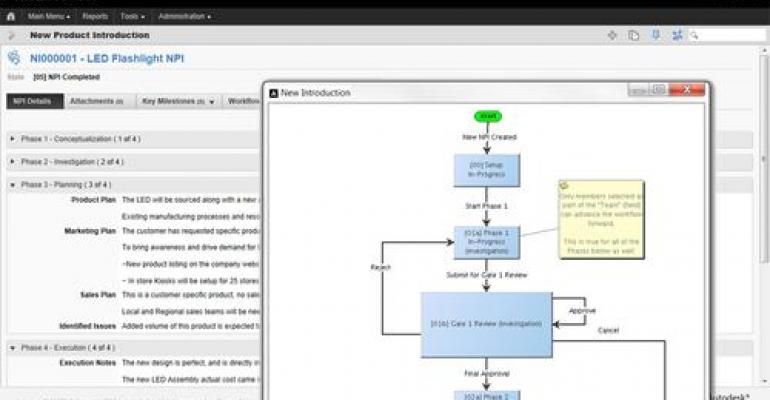 Autodesk has put a modern face on the PLM category by officially rolling out its Autodesk PLM 360, which it touts as a next-generation cloud-based alternative to traditional platforms.

Autodesk officials on hand for the announcement tossed out every major new technology buzzword to describe the capabilities of their admittedly late-to-market PLM entry. Autodesk 360 PLM is a true multitenant cloud offering, they said, which means a single code base serves multiple installations, so the application is always up-to-date and users don't have to worry about upgrades or broken customizations. 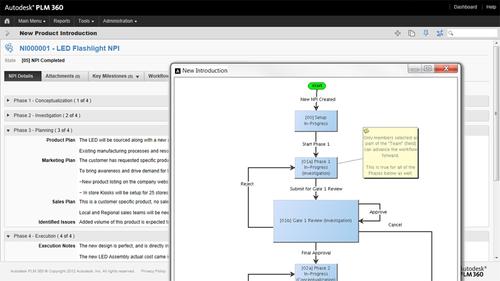 Since it employs a built-from-the-ground-up cloud architecture, Autodesk 360 PLM can be accessed via the Web from any type of device, be it a traditional engineering workstation or a mobile device in the field. Autodesk also talked up a social community around the new release, including crowdsourcing capabilities for sharing ideas and customizations, as well as an app store where customized business process templates can be accessed, many for free.

Where Autodesk is really blazing new ground is in its positioning of the cloud as the true enabler for breaking down barriers that have inhibited the adoption and value proposition of PLM.

"Our savior was the cloud -- it became real, apparent, and workable, and it led to the idea that we can now build something from the ground up that's dramatically different from the rest of the market, which is what we needed to have," Buzz Kross, Autodesk's senior vice president of design, lifecycle, and simulation, said during the press conference.