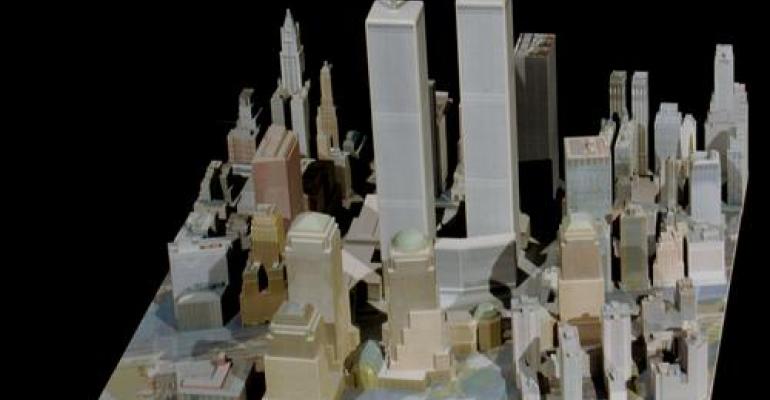 An architectural CAD expert has created a tribute marking the 10th anniversary of 9/11, pooling his expertise in 3D design tools and 3D printing to document Ground Zero before, during, and after the terrorist attacks.

The three-part 3D printed model, "WTC Triptych," was created by David Munson, a specialist in using visualization and computer technology to recreate precise and complex architectural representations. Munson's company, Munson3D, works regularly with companies and cities on building and urban planning projects. He got the idea for the 3D printed Ground Zero sculpture a couple of years ago, when he met a Port Authority worker at a 3D printing conference. 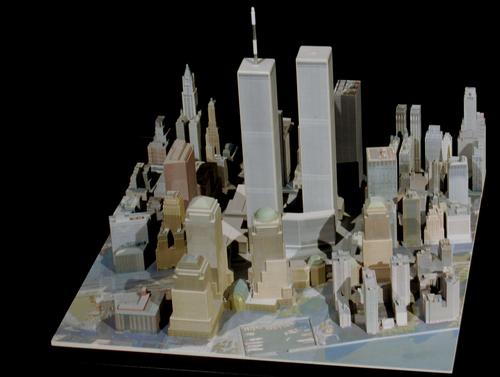 The project was launched with the idea of courting the Port Authority of New York and New Jersey as a client, with Munson pitching the agency on creating a highly realistic, color 3D printed model of the new towers as they were being built. That initial project never got formally got off the ground, so Munson decided to move forward on his own. He began conducting the research and gathering the data necessary for building an accurate 3D representation of the Ground Zero site.

"Part of my interest was in putting the possibilities out there of what could be done with 3D printing technology," Munson said in an interview. "But when I starting thinking about the site depicted in a before, during, and after [context], I realized I could tell the story of the connection between all three."

He says the "WTC Triptych" project was a labor of love, especially considering how much work gathering the data was, in particular. To piece together the three depictions of the World Trade Center site, he drew on numerous data sources, including 2D satellite imagery, Google Earth, photographs downloaded from the Internet, and publicly available 3D models and images found on Wikipedia. Because the images were not from one particular source, he had to cross-check graphic sources to confirm various figures, including important dimensions like building heights.

Not only was the data collection laborious, but fine tuning the data models so a 3D printer could reproduce them accurately was another big challenge. Munson used Autodesk 3dsMax Design 3D software in addition to AutoCAD, Google SketchUp, and Adobe Photoshop to create the models and do the complex texture mapping and geometry cleanup that was necessary for outputting a 3D printed model in realistic color. ZCorp, which collaborates with Munson regularly for his visualization consulting business, donated the ZPrinter 3D printing capabilities to output the final model.

Munson says he's proud that his 3D model is on display at the New York City Fire Museum and will be on hand for the 10th anniversary tribute. "It's really humbling to be there" at the museum, he said. "Those guys put everything on the line."